‘We are all stuck at home’: Why Mahdi Baccouch believes the pandemic has humbled the region's music industry 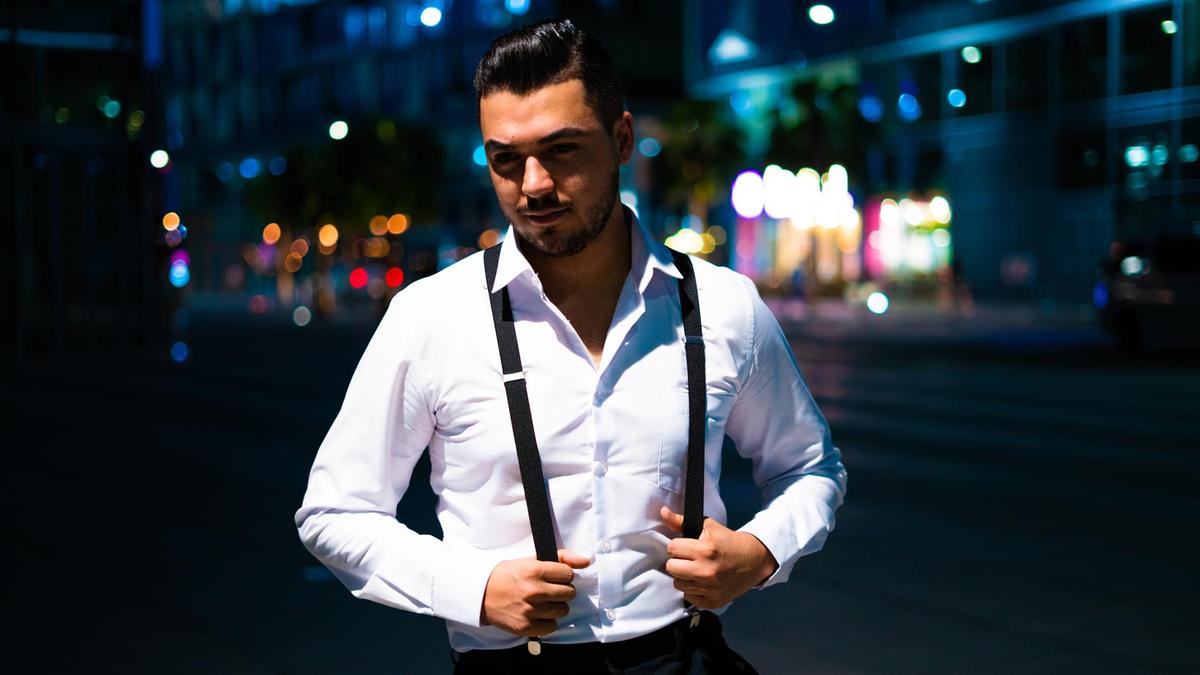 The UAE always rewards the industrious.

This was something Mahdi Baccouch realised not long after arriving in Dubai in 2013.

After being reunited with his father, who was busy working in a range of Arabic restaurants, the aspiring Tunisian singer seized the opportunity to forward his career by performing in some of these venues.

Word of his talent spread around the emirate and, before long, Baccouch began singing at private events and weddings. Some of those murmurings eventually reached the office of Dubai’s Universal Music Mena, who went on to sign the artist in 2018.

It was not long after that that The National first caught up with Baccouch, who was brimming with the confidence that comes with major label backing.
At the time, he had just released the single Bethadaki, which came with a flashy video shot on a luxury yacht anchored in Dubai Marina. Back then, the dream was to expand his musical horizons by singing in various regional dialects.

Speaking to Baccouch again this week from his part-time base in Tunisia, his goals are clearly bigger.

Eyes on the prize
The plan now is to go global, he says.

The first shot in that direction is his latest track, Skeletons. A collaboration with English EDM singer Tara McDonald, the track is a hybrid of RnB, trap music and dance styles, with the singers trading verses in English and Arabic.

“I always wanted to at least try and present my music within an international context,” Baccouch says. “So when the opportunity came to do this project with the lovely Tara McDonald, I did not hesitate. I always take my chances.”

And that means learning on the job. This was Baccouch’s first time singing in a western pop music production, and he admits it took some time to be on the same page as McDonald.

“The rhythms of this track are not something that I am used to,” he says. “I had to work hard to really nail it. I gave it my best shot and I am happy with the result.”
That open mind comes as part of an increasingly frenetic lifestyle that veers between recording and touring.

Baccouch now divides his time between Dubai and Tunis in order to maximise his touring opportunities. He has also released a steady stream of well-received Arabic songs ranging from ballads to mid-tempo pop. While pleased with his progression, he maintains that the grind is real.

“It is hard work. This is not something that surprised me but in this industry you have to keep pushing and creating,” he says. “You have goals, you reach them, and then you aim higher or adjust them.”

Has Covid-19 created a humble music landscape?
The present pandemic, however, has required a serious case of adjustment.

As we enter the summer months, this would have been a time where Baccouch would be touring the region. Instead, he finds himself in the midst of semi-lockdown in Tunisia, with all future gigs scrapped.
But, true to his nature, he grabbed the next opportunity and began delivering impromptu live performances on Instagram.

The whole experience remains a revelation, Baccouch says – not because of the performances, but in how social media and the pandemic have acted as great leveller for the Arabic music industry.

A fiercely competitive landscape with no shortage of egos, Baccouch marvels at how fans are now watching some of their favourite stars stripped of their glamorous lifestyles.

“You realise that we are all experiencing the same thing,” he says. “Before you see all these Instagram images of people in beautiful places, first class on planes, doing amazing shopping and things of that nature, but now we are all stuck at home. That was really interesting.”

Baccouch hopes that humbleness continues to echo throughout the industry, post-pandemic.

“I am seeing all these great artists that I admire going on TikTok dancing and just enjoying themselves. This is really what it should be,” he says. “I think we, as artists, need to show that side more. It will definitely bring us closer to our fans.”
As for his supporters, Baccouch tells them to get ready for more new music.

“I am working with some interesting songwriters and producers, so I am excited about the future,” he says. “It is always good to just keep working. I always feel I have things I want to achieve.”