“People and their stories stick with me,” says the California-based singer-songwriter Naima Shalhoub. “They’re in my spirit and I really believe that we all carry other voices in addition to our own. We’re all sort of walking choirs, in a way, and we can choose to listen to the voices or not. And I think for this album I was led by the voices in my life.”
Shalhoub, the daughter of Lebanese refugees from Rahbé, is at home in the Bay Area patiently preparing for the August 6 release of her debut studio album, “Siphr.” The culmination of three years of hard graft and contemplation, it’s a work of deep personal reflection, exploring not only her own Arab-American heritage, but issues of injustice, sorrow and hopelessness.
“I take my time before I record something,” admits Shalhoub, whose first album, “Live in San Francisco County Jail,” was released in 2015. “There’s a lot of emotional reflection, a lot of political and spiritual reflection, so to even get to the concept of ‘Siphr’ took about a year.”

That concept is a relatively complex one. Centered on zero (the English translation of siphr), the album “honors the value of wholeness,” with nine tracks serving as interconnected parts. Each song is named after a number, with subtitles acting as tributaries, “guiding listeners through different experiences on a collective journey.” That journey encapsulates everything from joy and self-doubt, to betrayal and the Palestinian right of return.
“You know how the creative process is, right? In the beginning, just not knowing where to start and feeling overwhelmed and going back to reoccurring themes,” she says. “Then I just started going down rabbit holes of physics, spirituality, Arab mathematics, different scripture passages, and it all kind of came together in this concept of siphr.

“I love that we can’t touch the concept of zero. It can’t be tamed, tethered, or trapped. It’s the everything place that is often categorized as nothing. But to me, it is not empty. It is grace in the midst of pain. Bigger than anything that I can comprehend.”
An educator and performing artist as well as a musician, Shalhoub recorded the album during a residency at the Women’s Audio Mission in San Francisco. Produced in collaboration with Palestinian-American musician and MC Tarik Kazaleh, and recorded with the help of cellist Ed Baskerville and bassist Marcus Shelby, the album is a fusion of sounds that draws on everything from the blues and hip-hop to R&B and the musical traditions of the Arab world. The project was further supported by a grant from Restoration Village Arts.

“My music would (be) very different if I wasn’t involved in the work that I do,” admits Shalhoub, a seasoned restorative justice practitioner. “Certainly there are periods of my life where I’m focused more on hands-on work with folks and less on music. And then sometimes it’s more about music and it’s sort of this dance and this equanimity.”
This close association between her work and music is most obvious on the track “Four (Roumieh Prison Blues).” Originally recorded in 2017 following a visit to the notorious Lebanese prison with drama therapist and performing artist Zeina Daccache, it features lyrics written by some of the incarcerated men and is a “reflection on human struggle.” 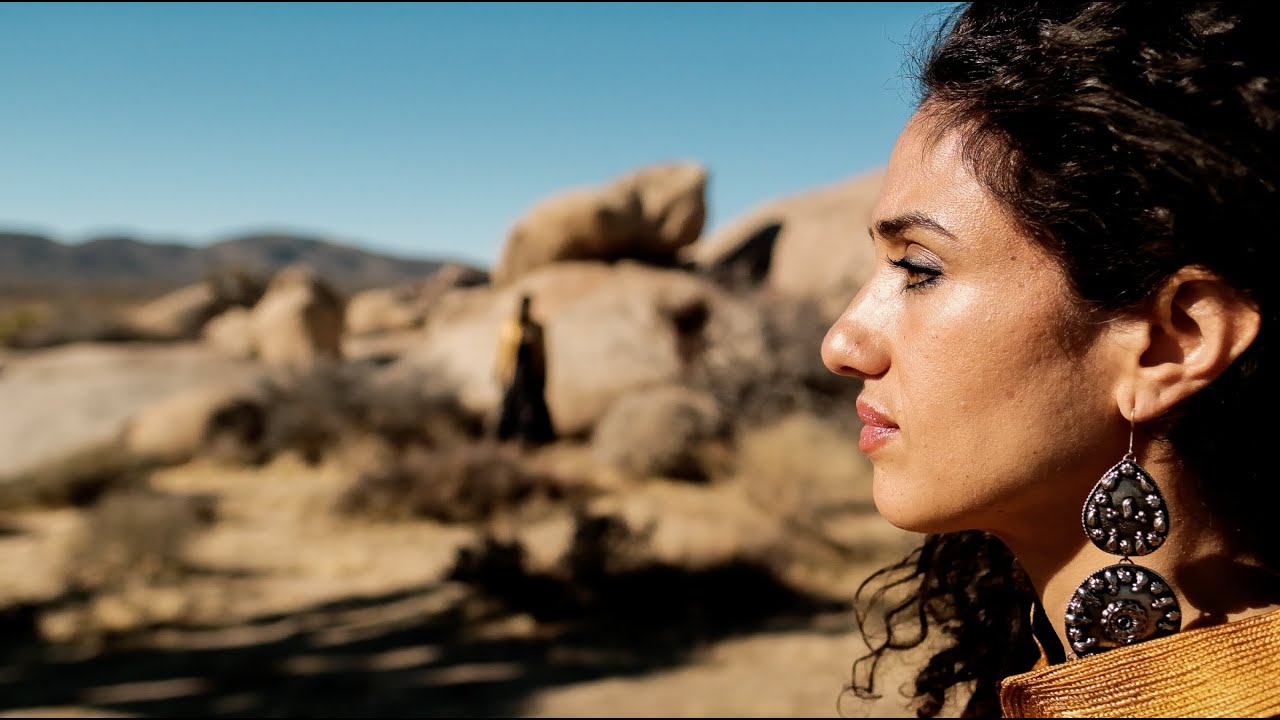 “In the work that I do, and with the people that I’m close to in my life, there’s a proximity that I’ve built with people who have experiences that are not my own,” says Shalhoub. “I certainly write about my own experiences, but I write a lot about things that are not my own. And I have to be very careful doing that.

“It’s like being a sponge. For example, with ‘Roumieh Prison Blues,’ it was about spending time with folks in a way that is in solidarity, not extracted. It’s not like ‘I’m coming here and we’re going to have a song at the end and it’s going to be on the album.’ It’s got to be soulful, it’s got to be meaningful, and people feel that or not,” she continues. “And I can confidently say my heart’s been in the right place with this music and I think that’s why it’s taken so long.”