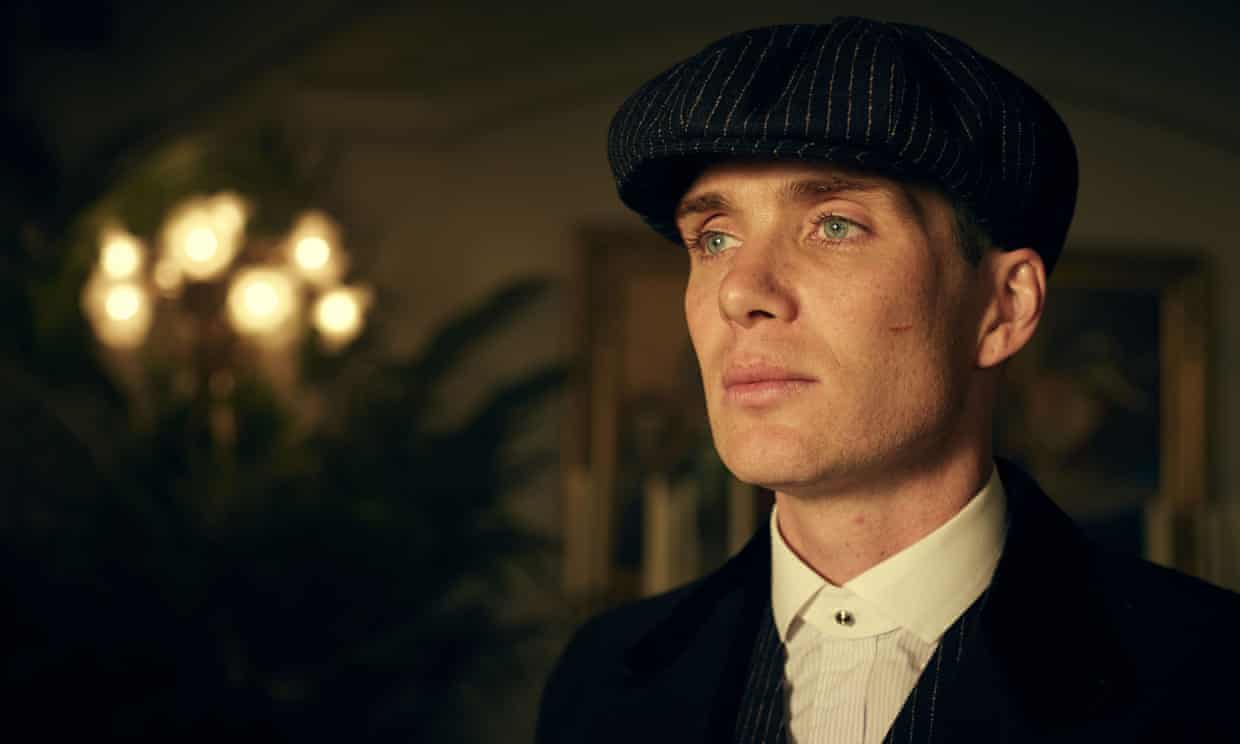 First it was Peaky Blinders, then Harry Styles. Now flat caps, tailoring and tank tops are back in fashion for a new generation
Father’s Day may be upon us, but in the world of fashion, it is grandfathers who are now having their day.

Forget the flat cap of Clive Dunn’s portrayal of Grandad in the hit 1970s song or the brown zip-up cardigan of Karl Johnson’s Reg in the TV comedy series Mum. The new grandpa style is being sported by the likes of former One Direction heart-throb Harry Styles and denotes a a sharper, more tailored look.

Styles has carved out a niche in bespoke Gucci outfits. As Esquire puts it: “Harry Styles is dressed like the man your grandma secretly obsessed over.”
Previously the fashion world embraced “dad” as a new trend. But that look was a bit schlubby, ugly and carefree, and those associations now feel a bit tainted (hello, Dominic Cummings). In comparison, to dress like a grandad is something altogether more sophisticated.

The grandpa look extends to all the usual items you might associate with the older man: jeans, collar shirts and cardigans, tank tops and loafers. But this time they have been styled for a new generation.
Leaning heavily on the flat capped-influence of TV show Peaky Blinders, the look is something that’s been taken up by the spawn of celebrities (Brooklyn Beckham and Rocco Ritchie) as well as actors like Chris Evans (he made a cable knit jumper go viral in the film Knives Out) and Armie Hammer. 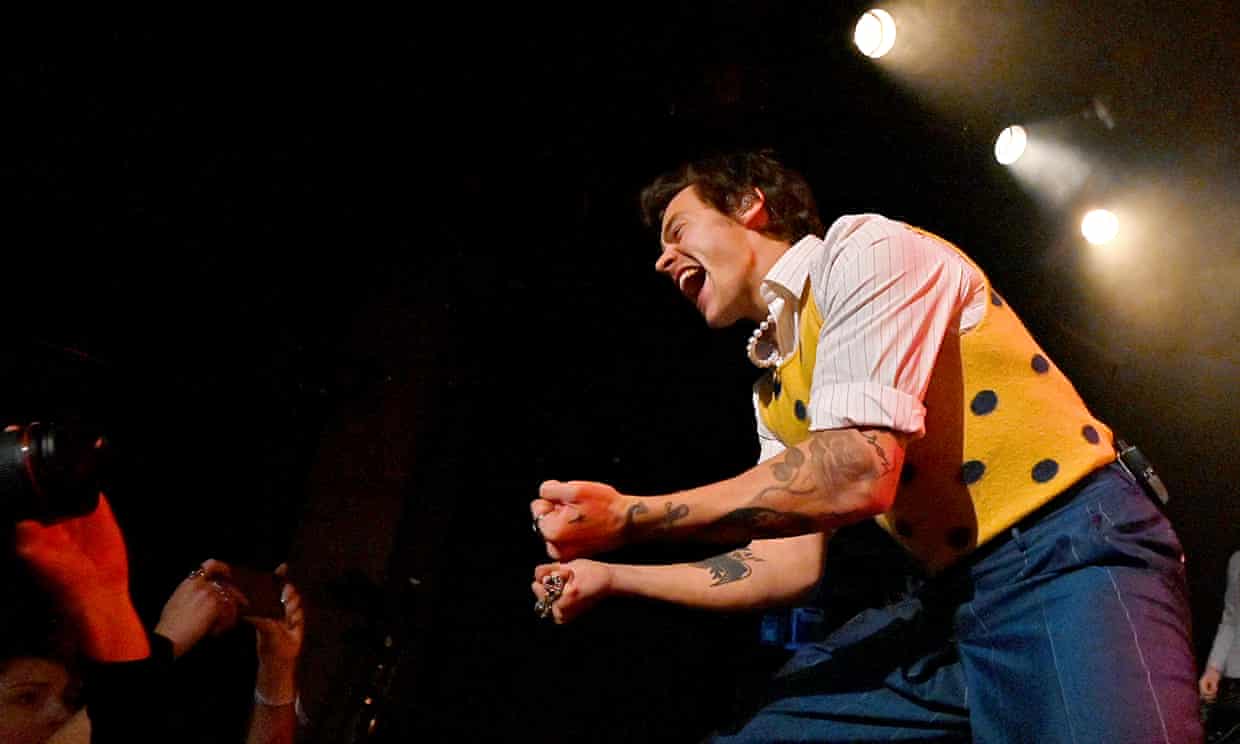 During the menswear shows early in the year, the streets resembled a ballroom dance class for the over 65s: they were full of chic male fashionistas wearing more mules than trainers, more houndstooth coats than Puffas and double breasted blazers instead of parkas. All that was missing were the Werther’s Originals.

A buttoned up, grandad-style of tailoring continued at the shows of Prada, Dior Men’s and Louis Vuitton, while the show from Bode (who grandpa-dressed Donald Glover and Ezra Miller) had a definite vaudeville septuagenarian air about it.

The “set” was a community garden project (read: “cool allotment”), the collection featured a suit which looked like a pair of pyjamas, there were neckerchiefs, crocheted jackets, scarves with marbles attached, gardening gloves and lots of animal-associated items (a bag shaped like a fish, sheep patterns, cow print). The brand promote an idea of nostalgia in their clothes, repurposing quilts from the Victorian era. 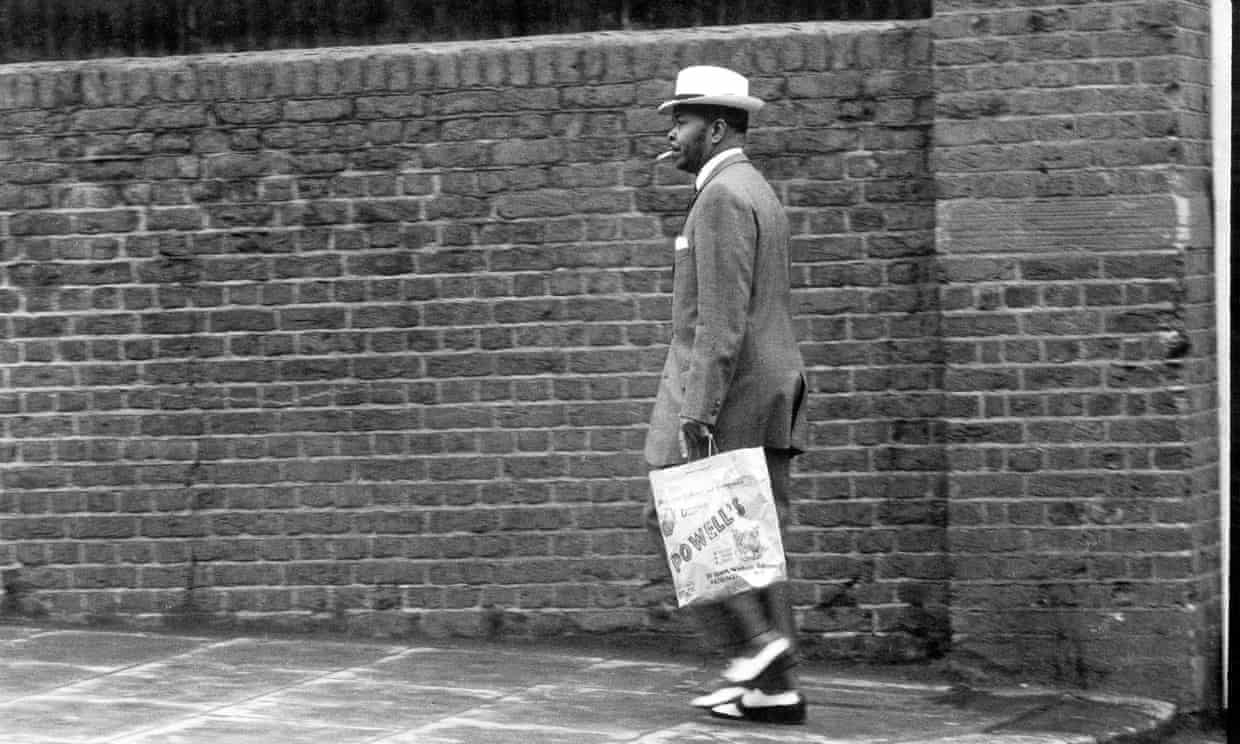 But perhaps more interestingly, second-generation designers were referencing the diaspora, Windrush-era in their collections, when their grandfathers were young. Lovers Rock, a collection from Grace Wales Bonner, featured flat caps, roll necks and fleece jackets that were influenced by the older generation. “It’s a reflection of my family on my father’s side,” she said. “My grandad came from Jamaica in the 1950s. My dad used to work on Lewisham Road, and I found these documentary photographs by John Goto of teenagers at Lewisham Youth Club in the 70s.”
The show from Ahluwalia was a powerful patchwork of the patterns and designs that took inspiration from the older generation. “My grandad was very stylish without him necessarily knowing it. He was also very funny and extremely blunt,” designer Priya Ahluwalia says. “He was proud of being Indian and loved to go back every year. When he was in India he often had bespoke suits made and fortunately for me I have been given them for my archive.”

She believes that this move to grandad style reflects a return to an interest in tailoring. “I can’t speak for everyone but I am really interested in my family history and I am quite sentimental about things, it means I look to the past a lot. I guess things go around in circles and that generation wore a lot more tailoring than we do now. “

“It’s about retreating into a wardrobe that won’t be recognisable to anyone under 25,” says Esquire’s digital style editor Murray Clark. “Wide pleated trousers of the thirties, bovidae sweater vests and so on. It’s not new per se, but to Gen Z this is new, and a stitch beyond their cultural reference points.”

The power of touch: Years before I came out, I found the tenderness I craved at the barber