Meet Debjani Bhardwaj, the Indian artist whose work is inspired by the Middle East 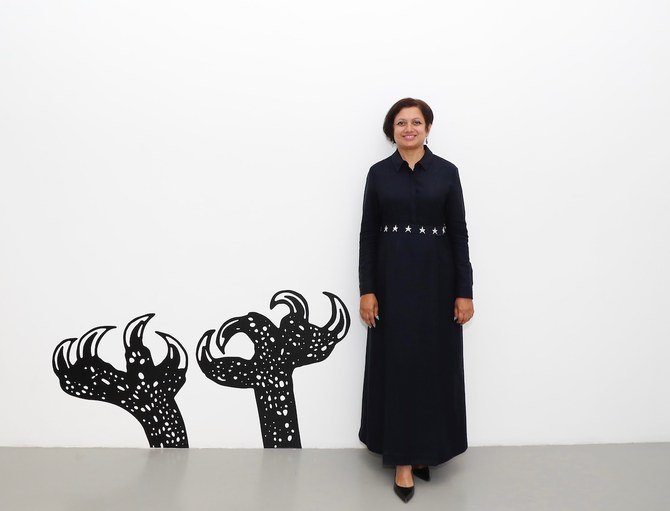 At her home studio in Muscat, visual artist Debjani Bhardwaj spends many hours delicately cutting intricate patterns with a Xacto knife on sheets of paper to create ethereal works of art. Tearing, bending, pasting, sculpting, slicing, and piercing (Bhardwaj enjoys the physicality of using her hands) she transforms paper, clay and plaster into layered tunnel books, ceramic chess icons and kinetic toys.
Early on, Debjani says, she discovered that organic and fragile mediums such as paper and clay or light and shadows have a life and mind of their own. “Paper is ubiquitous and frugal, so is clay. I love creating magical things out of something ordinary and banal, which is why I chose these mediums,” she says.

Inspired by the realm of dreams and of dreams within dreams, Debjani’s work is an eclectic mix meshing fiction with reality. “Through my art I attempt to blur the boundaries between reality and illusion, reason and unreason, recorded and invented histories. I prefer making things by hand — sometimes imperfectly — but I am interested in the personal mark left by an individual on a piece of artwork.” 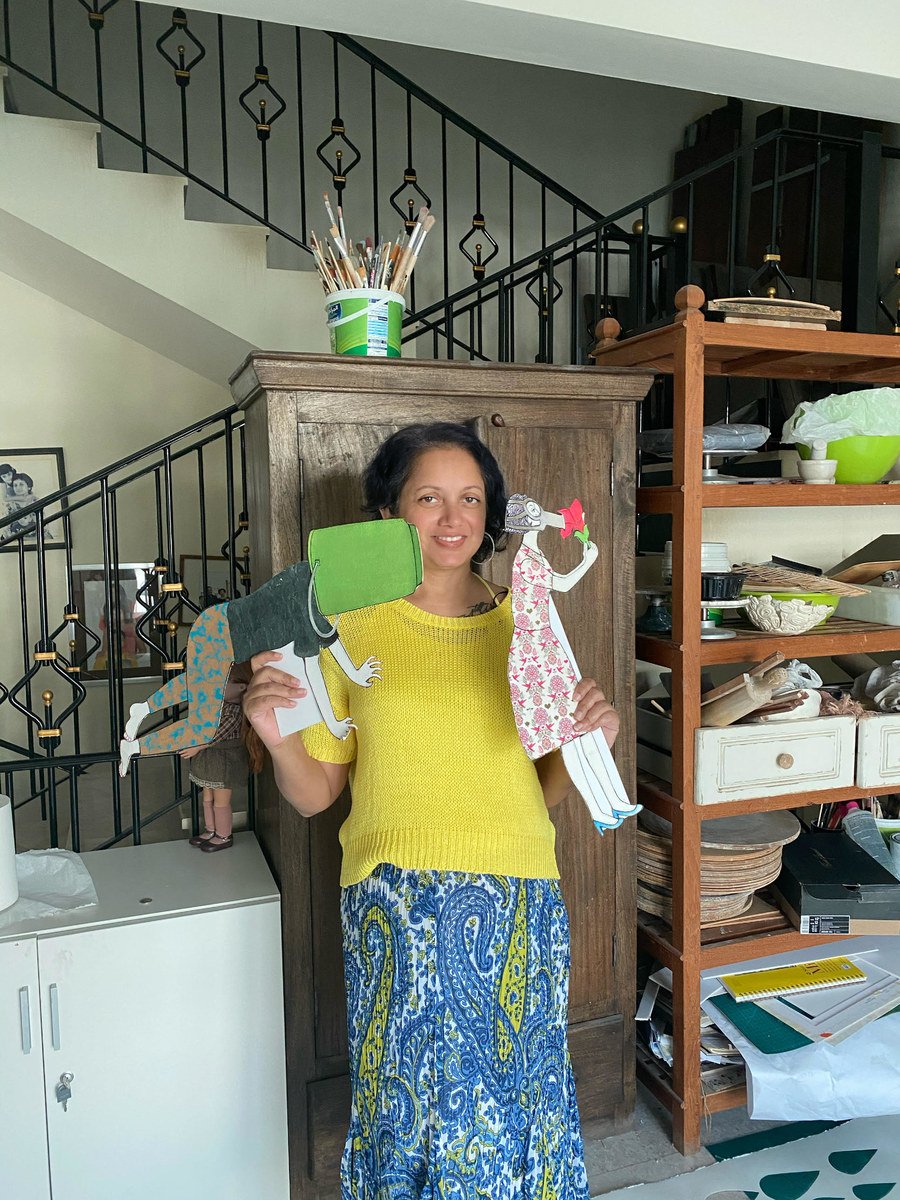 Born and raised in India, Debjani has lived in UAE and Oman for the past 13 years. At the core of her art is visual storytelling with a strong Middle Eastern influence. “Storytelling is an important traditional element of the country of my origin (India) and of the country of my residence (Oman). That’s why the narrative impulse continues to be my motivating muse,” she says. Her art is centered around personal anecdotes, snippets of stories, reinterpretation of folktales from Hindu mythology, the Arabian Peninsula, and Western fairy tales.

One of Debjani’s most-celebrated exhibitions — “Telling Tales,” displayed at Tashkeel, Dubai, in 2018, and at Stal Gallery, Muscat in 2019 — depicted traditional folk tales of the UAE and Oman through intricate drawings, tunnel books and kinetic toys. Through the interplay of light and shadows, Debjani crafted a series of paper exhibits and hand-drawn animation to capture well-known Middle Eastern folktales including the Emirati tale of Salama — a jinn — and her daughters. They resided at the bottom of the Strait of Hormuz and were infamous for creating giant whirlpools when ships passed by. Equally engaging is her figurative artwork inspired by the Bahraini folktale of the half-human, half-donkey Hemrat Al-Ghailah, devourer of little children who ran away from home to play in the scorching heat of the afternoon sun. 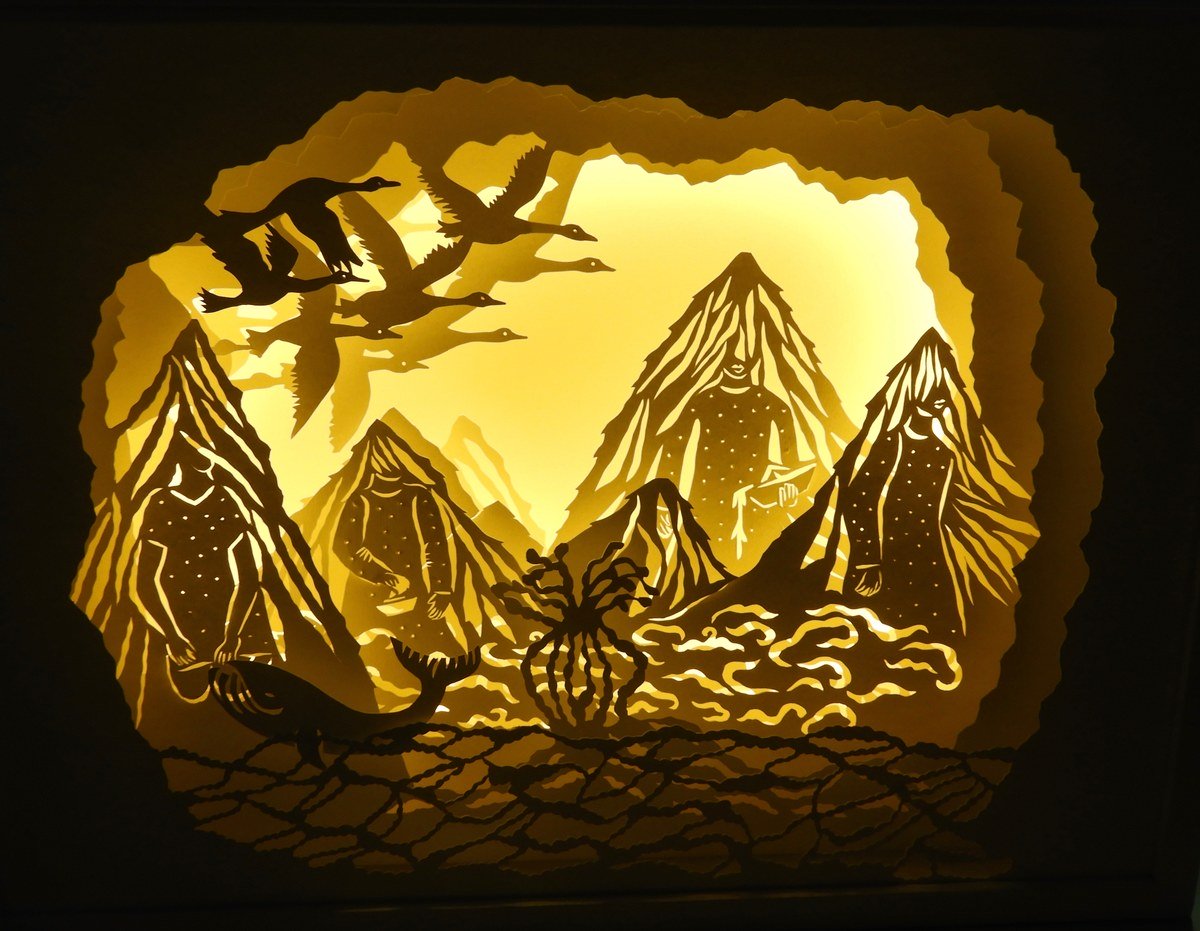 From Oman, Debjani chose the poignant and tragic story of Selmah the goatherd who battled a leopard to save her goats. The folktale suggests Oman’s sinkholes were formed by a meteor shower of stars coming down to earth to kiss her for her courage. Debjani created a six-layered miniature tunnel book with delicate patterns in black and white showcasing a dead Selmah embracing the leopard.

The tradition of oral storytelling is embedded in the culture of UAE and Oman, says Debjani. “These stories are ‘inside-out stories’ narrated by the people themselves, the people who inhabited this land. They are relatable even today and teach life lessons. I feel they are important vehicles for transmitting social customs and folk knowledge,” she says.
Debjani’s narratives contain contradictions and multiple realities. She describes cutting paper as, essentially, drawing with a knife. Her art can be a long and arduous process — creating a multi-layered tunnel book can take from 10 days to a month depending on its size and design. “The composition of the piece is key as I cannot change anything once I start cutting,” she says. “Then I draw the panels on thick, acid-free paper and hand cut them with a Xacto knife. If the paper is too thick then I need a laser to cut it.” 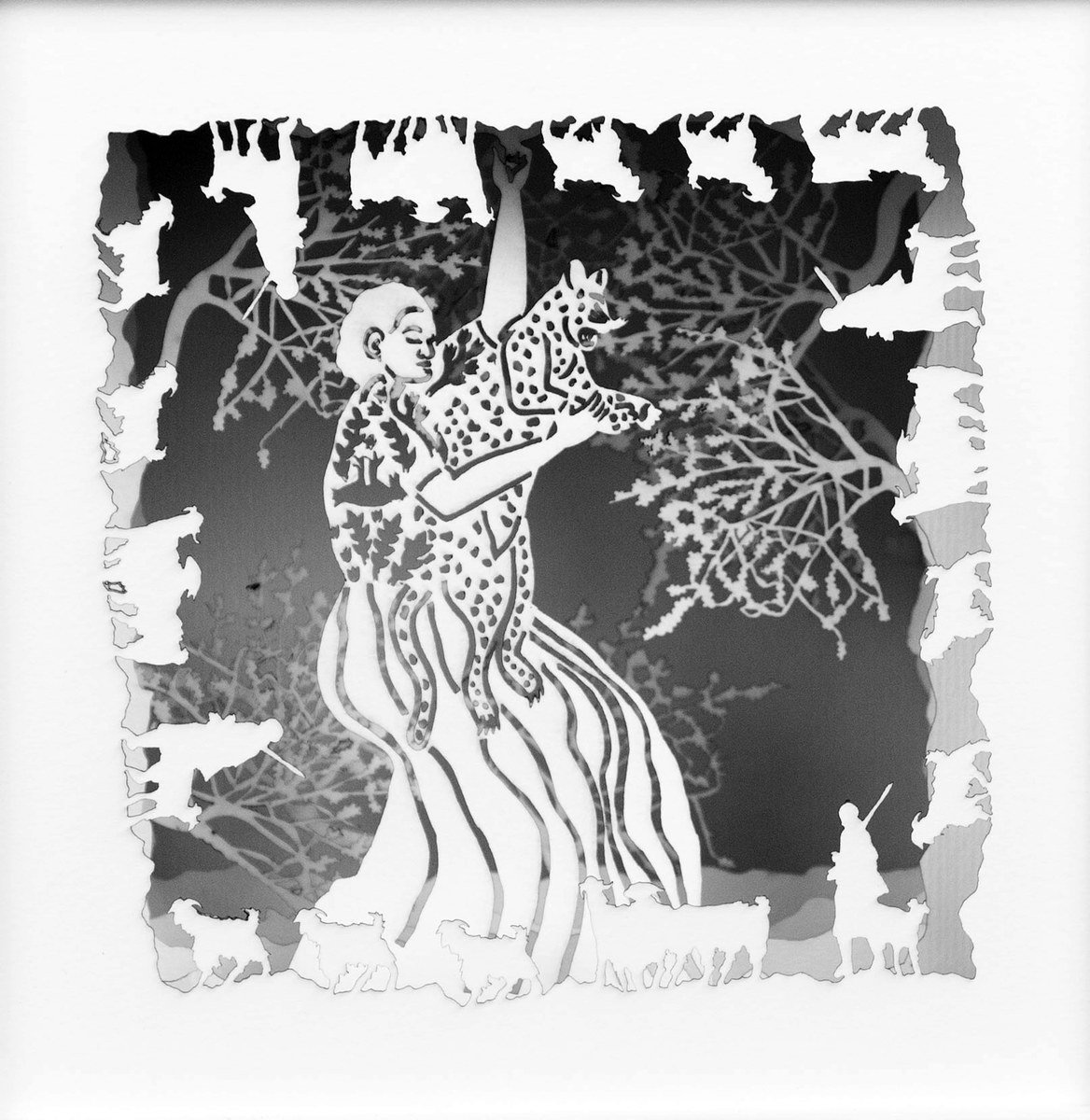 It’s quite a departure from her background as a financial analyst, but she says her time in the business world has actually helped her as an artist.

“Corporate life gave me a sense of regularity, rhythm and discipline that I follow even today. I start work at my home studio by 9 a.m. every day,” she says.

Working till late in the evening she juggles school pickups, art and cooking. “I am like the tortoise in Aesop's Fables,” she says. “ Slowly but steadily plugging away, working on several projects, balancing being a mother and an artist.”