Should the shisha ban stay after COVID-19 lockdown ends? 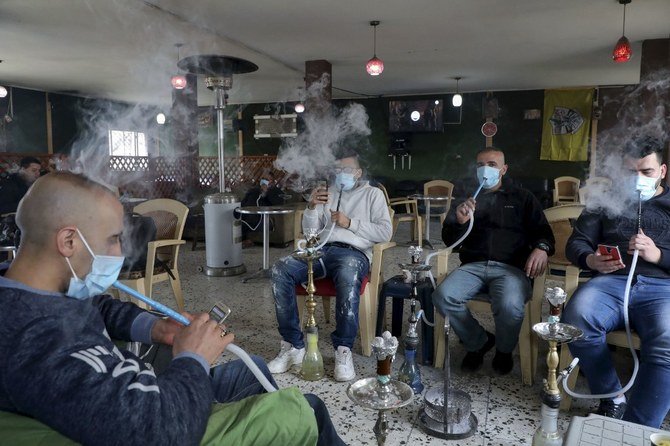 As the coronavirus pandemic gripped the world, many countries in the Middle East — including Saudi Arabia, the UAE and Kuwait — imposed bans on shisha use.

Although plastic tips and disposable pipes are offered for customers who smoke shisha – a staple of society across the Middle East, – the announcement of the ban came as measures were introduced to curb the spread of the deadly virus.

However, now that governments are relaxing COVID-19 restrictions, should the smoking habit return to cafes and restaurants after a three-month band?

An Arab News Twitter poll, with over 1500 votes, received a high vote in favour of the ban with 82 percent of voters saying “it’s bad for health.”
“It should be limited but not banned… it’s not healthy and the younger people get hooked on it too quick,” one Twitter user said.
According to the WHO advisory on shisha, “one hour of shisha use is equal to smoking approximately 100 cigarettes. It can be less or more, depending on the many factors.”

A review of studies by public-health experts convened by WHO on April 29 found that compared with non-smokers, smokers overall are more likely to develop severe COVID-19 symptoms. It also found that smoking impairs lung function, making it harder for the body to fight off coronaviruses and other respiratory diseases.

Snapchat evolving the use of the camera from entertainment to utility

Trump says he’ll act to ban TikTok in US