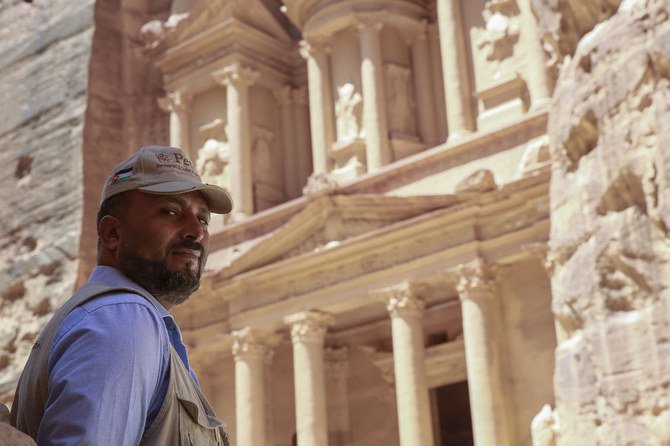 For over two millennia the ancient city of Petra has towered majestically over the Jordanian desert. Today its famed rose-red temples hewn into the rockface lie empty and silent.
As the novel coronavirus spread around the world, Jordanian authorities imposed a lockdown, and the last tourists left on March 16, a day before the Hashemite kingdom closed its borders.
“It’s the first time I’ve seen this place so empty. Usually there are thousands of tourists,” said Nayef Hilalat, 42, who has worked as a guardian at the ancient archaeological site for a decade.
“Every year at this time the place would be buzzing with people,” he lamented, wearing a khaki cap bearing the Jordanian flag. “Today all we can hear is the birds singing.”
One of the seven wonders of the world, and classified as a UNESCO world heritage site in 1985, Petra was once the capital of the nomadic Nabataean Arab peoples and dates back to at least 200 years BC.
With the passage of time, it has become a beacon for tourism in the country and the region.
Its spectacular Al-Khazneh, or Treasury, with its stunning sandstone facade, is one of Petra’s most famous attractions, and was a location for Steven Spielberg’s 1989 movie “Indiana Jones and the Last Crusade.”
But now, the steep winding Siq path — a gorge over a kilometer long that leads into Al-Khazneh — is deserted. Gone are the tourists normally thronging the pathway on foot, or riding on donkeys or in horse-drawn carriages.
Life is in limbo. Tables at the site’s cafes forlornly gather dust or are littered with forgotten plastic cups, while items like T-shirts in the souvenir shops fade in the desert sun.

The vast site, lying in a deep valley between the Red Sea, in the south, and the Dead Sea, to the north, is a ghost town.
Around 200 tour guides, along with 1,500 horse and donkey owners, are out of work.
It’s “a catastrophe,” said 55-year-old Naim Nawafleh, who has been a guide here for about 30 years.
Jordan welcomes some five million visitors a year, and tourism accounts for 14 percent of the country’s GDP, employing about 100,000 people.
A father of six, Nawafleh used to earn some $70 a day.
“In the past, the number of visitors varied according to the upheavals in the region. But today, there are no tourists at all. It’s never happened before,” he said.
Jordan was already in a precarious situation before the pandemic, with unemployment at 19.3 percent in the first quarter of 2020.
Bordering conflict-torn Syria and Iraq, and lacking the oil wealth of some of its neighbors, the kingdom has worked to revive its tourism industry.
Petra, an immense 264,000-square meter (2.8 million sq feet) site south of Amman, saw a record “1.13 million visitors last year, including a million from abroad,” said Suleiman Al-Farajat, responsible for tourism and development in Petra.
About 80 percent of the region’s roughly 38,000 people who are mainly nomadic Bedouins, depend on tourism directly or indirectly, he said. 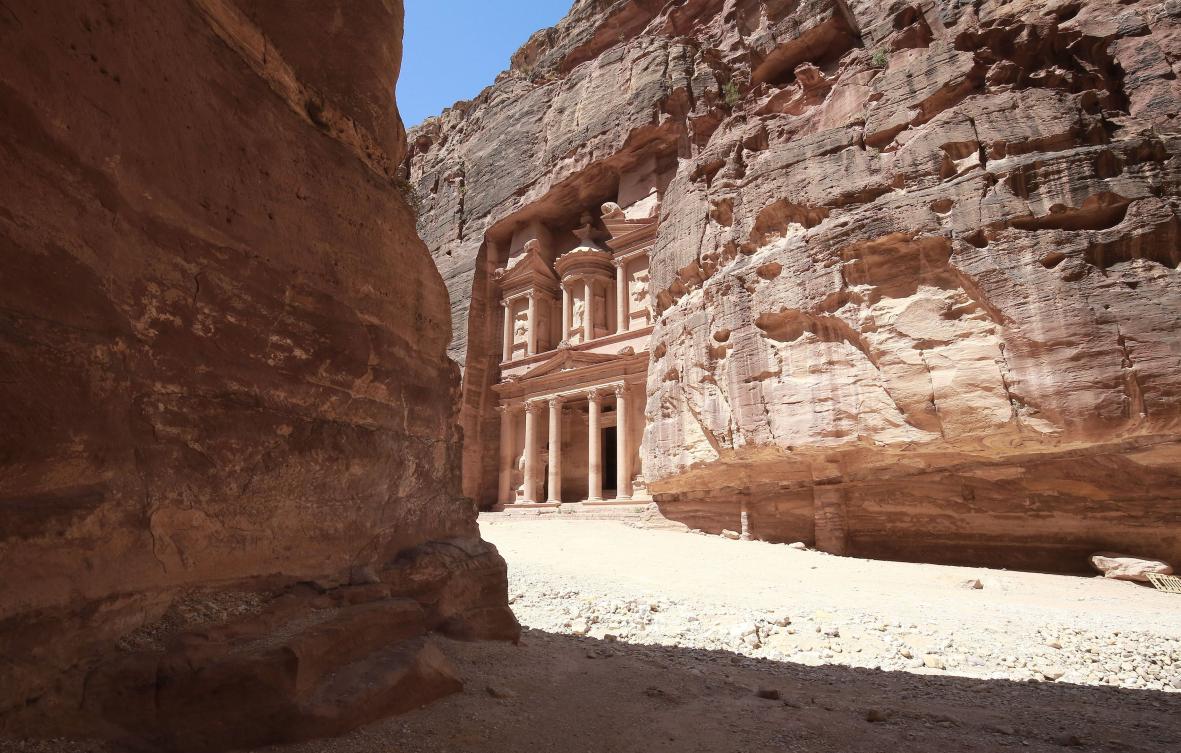 Like Nael Nawas, 41, a father of eight, who earned between $40 to $55 a day, transporting tourists to and from the site on the back of his donkey.
“We’ll be in a real pickle” if the tourist industry doesn’t pick up, he said, adding that since mid-March he has been working for a livestock seller.
Farajat said he hoped visitors would return quickly to “countries less affected by the pandemic” like the kingdom.
But tour guide Nawafleh was worried some tourists, particularly the elderly and pensioners, may be reluctant to return.
With a population of around 10 million, Jordan has officially recorded just over 800 cases of COVID-19 cases and nine deaths.
Tourism earned Jordan $5.3 billion last year, according to Abed Al-Razzaq Arabiyat, head of the Jordan Tourism Board. 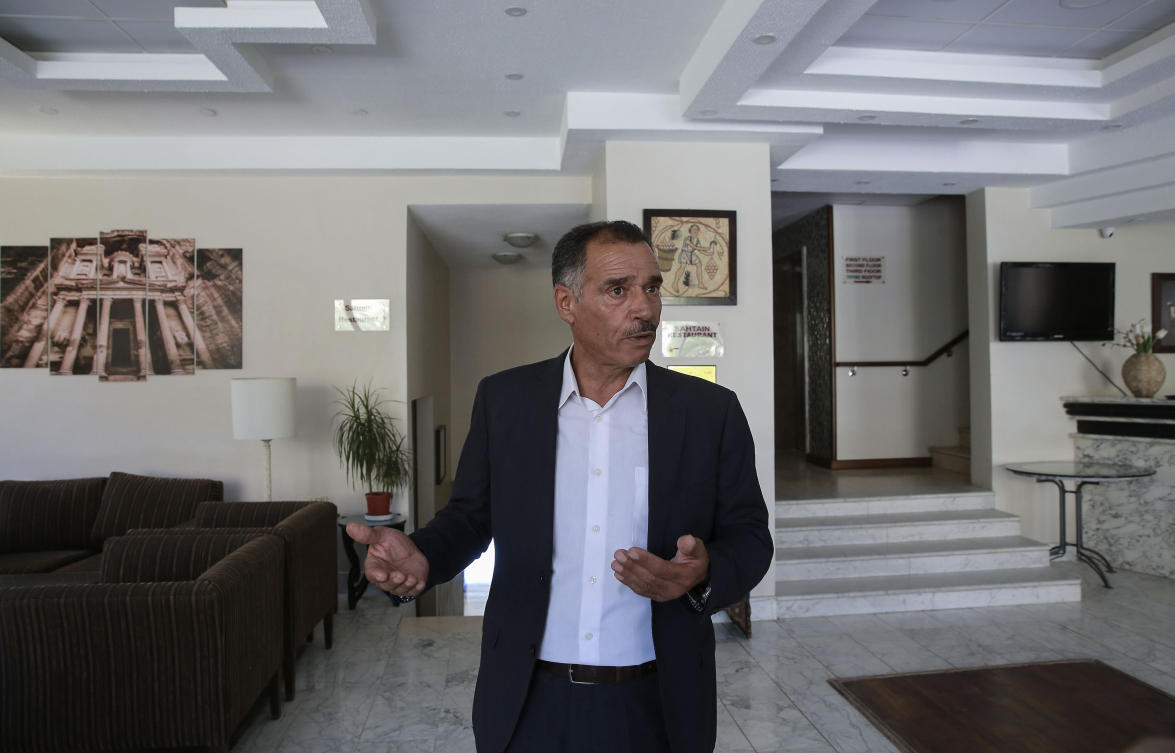 But revenues have almost completely dried up, he said, promising measures to help salvage the season, including a focus on domestic tourism.
Meanwhile, for Petra’s 45 hotels, the situation is grim.
At the three-star La Maison, a lonely receptionist eyed the entrance, with no guests in sight.
“The pandemic came at the peak of our tourist season,” said owner Tarek Twissi, who is also the head of the Petra hotels association.
“Reservations were at over 90 percent and in less than a week they were all canceled,” he said.
“The occupancy rate at my hotel is now at zero.”

Fewer will attend camp this summer; some camps won’t survive