Italians Rediscover Their Museums, With No Tourists in Sight 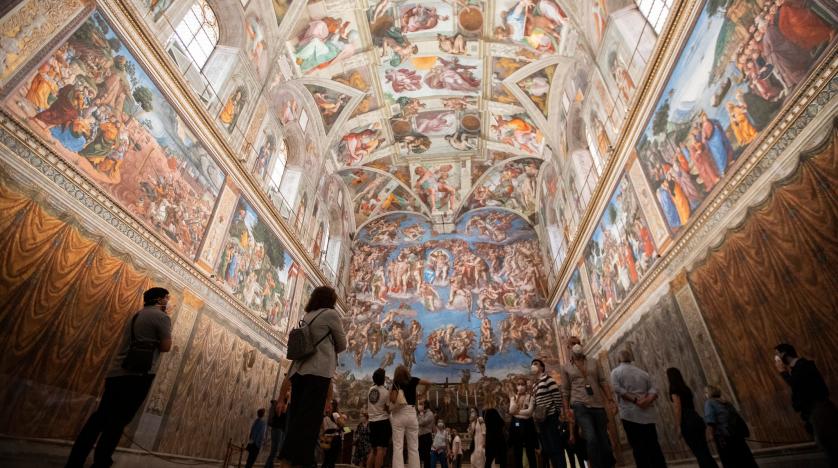 Rome - Elisabetta Povoledo -  There was no red carpet, but even so, a cadre of photographers snapped frenziedly as the objects of their attention — the first visitors to the Vatican Museums when they reopened on Monday after the coronavirus lockdown — squirmed in the unexpected spotlight.

With travel between Italian regions restricted until Tuesday, it was a local lineup, ready to experience what many Romans dream of: a tourist-free visit to one of the world’s greatest — and most popular — museums, which last year drew nearly seven million visitors.

Though she lives in Rome, Simona Toti, a statistician, said she hadn’t seen the Sistine Chapel for years “because of the mobs.”

While online reservations have shortened the mile-long queue that once snaked along the walls of Vatican City to the museum entrance, many Rome residents are still daunted by the crowds, and the crowding. “Normally it’s so packed that you just can’t appreciate anything,” Ms. Toti said.

“For once, living in Rome is not a handicap,” she said.

Across town, at the Colosseum, which also reopened Monday, Margherita Blaconà and her teenage daughter Asia were enjoying a tourist-free tour as part of a 45-minute visit of the amphitheater, which now permits only 14 people to enter every 15 minutes.

Venice Glimpses a Future With Fewer Tourists, and Likes What It SeesJune 3, 2020

The same throngs that make the Colosseum Italy’s most visited monument, with more than 7.5 million visitors last year, are the reason that most locals give it a wide berth. “The queues, the people. It’s impossible,” said Ms. Blaconà, who hadn’t been to the Colosseum since she was in elementary school. “We’re going to profit from the lack of tourists these days and see other sites,” she said.

But while locals were keen to reclaim Italy’s monuments, the directors of many cultural institutions were worried about the loss of much-needed revenue from ticket sales.

“It’s a disaster, obviously,” said Massimo Osanna, the director of the Pompeii archaeological site, which drew nearly four million visitors last year, including 40,000 on one day in May. 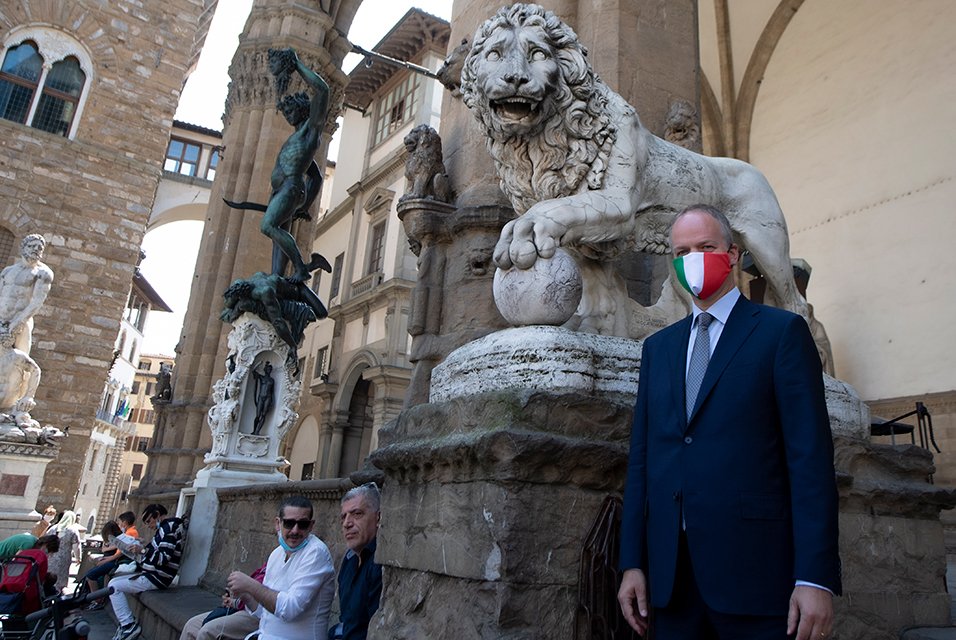 Until next Tuesday, entrance at the site is capped at 400 visitors a day. Mr. Osanna said that last Thursday only 250 people had visited the site. “It was like being in a surrealist painting,” he said.

“The budget we reached last year will not be imaginable this year, so we won’t be able to carry out many of the projects we had planned,” Mr. Osanna said. “Now we’re focused on things that can’t be postponed, like ordinary maintenance.”

In an interview, Anna Coliva, the director of the Borghese Gallery, also used the word “disaster” to describe the loss of revenue at the gallery, which can now allow 400 visitors a day instead of 2,000. “We’re losing 500,000 euros a month in ticket sales, events and royalties,” said Ms. Coliva, who will retire this month after more than a quarter century at the gallery.

The coming months were going to be tough for MAXXI, Italy’s national museum of contemporary art, said the president of its foundation, Giovanna Melandri. “The damage is huge,” she said Tuesday, speaking of the lockdown that deprived the museum, and many Italians, of their livelihoods.

At the Uffizi in Florence, which opened Wednesday, black dots have been glued to the floor in front of the museum’s heaviest hitters — works by Botticelli, Piero della Francesca, Michelangelo, Raphael and Caravaggio — to ensure that people maintain social distancing. The gallery has halved the number of people who can visit at any time, to 450 from 900, and capped guided tours at 10 people.

At a news conference on Wednesday, Eike Schmidt, the Uffizi’s director, said, “It would be wonderful if the model of relaxed tourism that we are experimenting at the Uffizi in this particular historical moment become the model for tourism in the future.”

The Uffizi had lost 12 million euros, around $13.5 million, during the 85 days it was closed, he told reporters in Florence.

With a maximum of 20,000 visitors per day at the Colosseum in pre-coronavirus times, the current cap of 650 made visiting the site refreshingly relaxing on Monday. Colosseum officials were happy that a “slow, more aware sort of tourism” would allow the monument to reopen “on the right foot,” said Alfonsina Russo, the state official who oversees the monument and other archaeological sites in downtown Rome.

Normally, she said, the Colosseum — “a symbol of Italy and of Rome” — is “besieged by tourists” who “weren’t always aware of what they were visiting.”

But as the site’s revenues account for a chunk of financing for other monuments, their absence will be a big loss, said Federica Rinaldi, the state official responsible for the amphitheater.

To say that the Vatican Museums are normally besieged by tourists is an understatement. Barbara Jatta, the director, said that some days as many as 29,000 have filed through the doors compared with the few hundred they are allowing in every hour. “Now, we are missing the crowds,” she said.

The museum’s coffers had suffered, she said, not only for lost ticket and trinket sales but also because the Vatican had refunded thousands of tickets booked for 2020.

To commemorate the 500th anniversary this year of Raphael’s death, new lighting was installed in the room housing the famed tapestries based on his cartoons. The room was set to be inaugurated on April 20, during a symposium on the artist, when the museum also planned to unveil the recently restored Hall of Constantine, which visitors saw in its refreshed guise Monday. 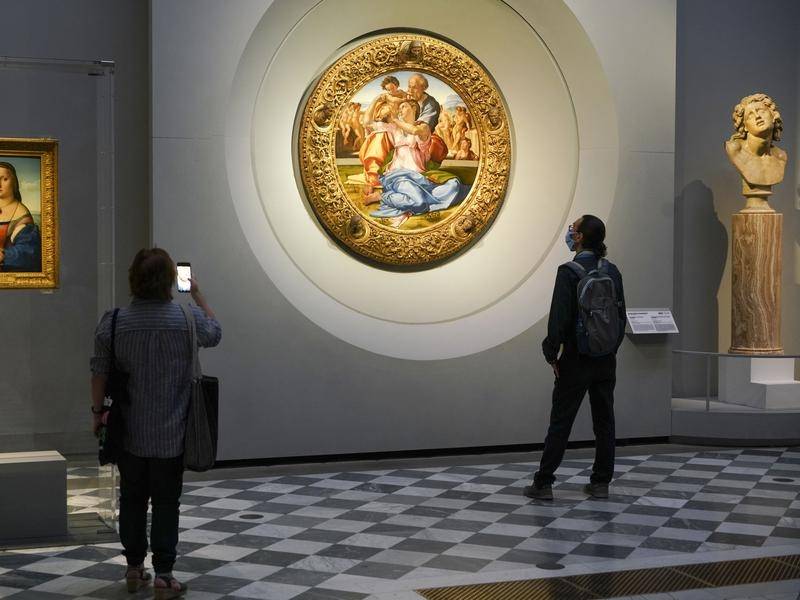 On Monday, the Campbell family, Swiss residents who have lived in Rome for the past three years, were among the 30 people gaping at the Sistine Chapel, normally so crowded that guards spend most of their time shushing sardine-packed visitors.

“It’s amazing,” said Franziska Campbell, the mother. She said that when a friend from Switzerland had visited last summer, she’d been pushed through so quickly she hadn’t had time to see the famed fresco of the creation of Adam and had to come back.

“We’re seeing Rome as no one normally sees it, everything is tourist free,” said Valerie Chambert, a nuclear physicist who lives in Rome, after finishing her Vatican visit. “It’s a pity for the hotels and the restaurants, but for us it is great,” she said.