Protests in US put racial discrimination in Canada under scrutiny 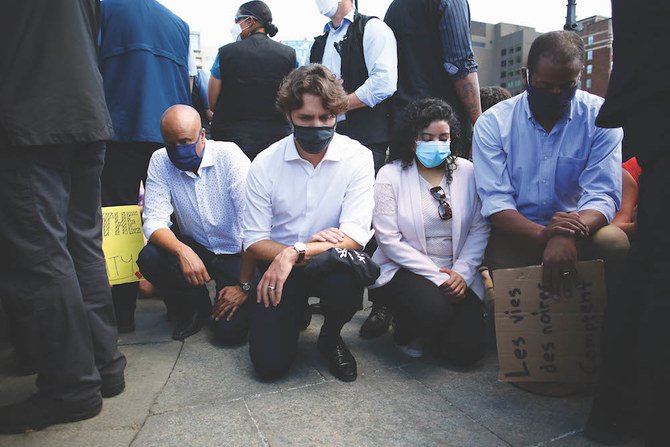 Discrimination against Canadian blacks and Arabs ranges from higher unemployment to hate crimes
Trudeau’s reputation as a diversity champion was punctured last year by multiple images of him in black makeup
The protests across the US over the death of George Floyd while in police custody have prompted its northern neighbor with a nicer image to acknowledge discrimination within its own borders. Only time will tell, though, whether Canada’s next step will be honest self-searching and concrete action to defend its reputation — especially among Arabs and Muslims — as a fair and tolerant society.

So far, what Canada has mainly shown is that a history of moral posturing greatly diminishes a politician’s ability to provide credible leadership on the problem of anti-black racism. Otherwise, Prime Minister Justin Trudeau would not have reacted the way he did during a news conference in Ottawa when asked to comment on US President Donald Trump’s call to use military action as violence and looting eclipsed protests over Floyd’s death.

The former drama teacher paused for 21 seconds, opening his mouth a few times to speak. The pregnant pause caused many to wonder whether Trudeau was making a deliberate point with his silence, fearful of taking on Trump, or he was literally at a loss for words, perhaps recalling his own blackface scandals. 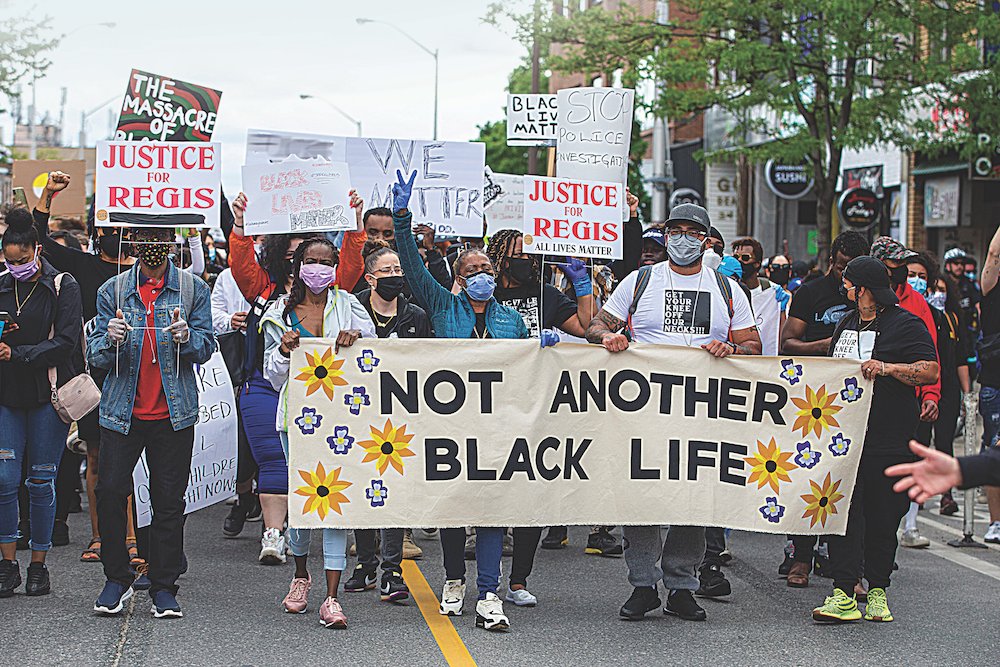 On Friday, Trudeau made a dramatic appearance at a protest in Ottawa (first pictured above), where he joined the crowd in kneeling for eight minutes and 46 seconds — which is how long a Minneapolis police officer held down Floyd with his knee on his neck before he died — clapped to chants of “Black lives matter” and collected a T-shirt emblazoned with the same slogan on the front.
Such gestures are perhaps only to be expected of a white politician whose carefully crafted image as a champion of inclusivity and diversity was punctured last year by the appearance of multiple images of him in black makeup, laughing, making faces and sticking his tongue out.

The tradition of brownface and blackface — white people painting their faces darker — was common in North America until it came to be viewed by the turn of the 21st century as a racist caricature. However, systemic inequalities that plague Canada’s black and indigenous communities have proved far more resistant to change.

Last weekend in Toronto, protesters held a rally over the death of Regis Korchinski-Paquet, a black woman who fell to her death last week while police were in her apartment, an incident that is being probed by the province’s Special Investigations Unit. 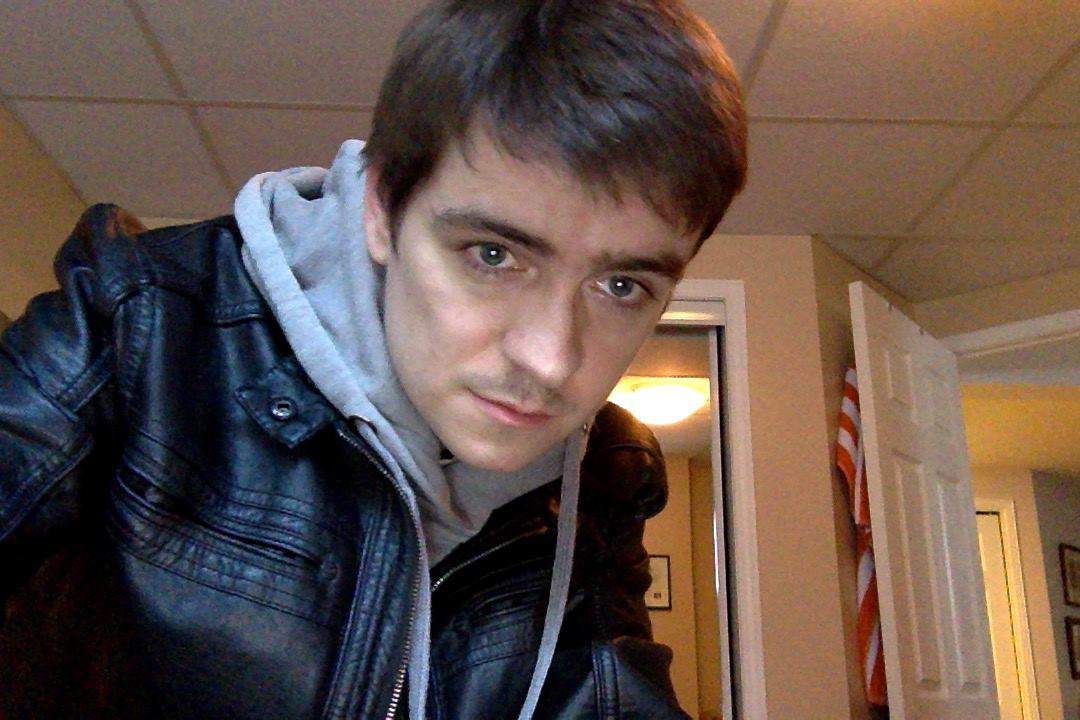 A CBC News investigation of fatal encounters with police found that black people made up 36.5 percent of the deaths involving Toronto police from 2000-2017, while accounting for only 8.3 percent of the city’s population.

Canada is also no stranger to prejudice against Arabs and Muslims. Most recently, some cities’ decision to suspend their noise bylaws during Ramadan to permit mosques to broadcast the sunset call to prayer sparked a backlash, drawing some racist rants on Twitter.

In 2017, university student Alexandre Bissonnette shot and killed six Muslims in a Quebec City mosque, in what Trudeau called “a despicable act of terror.”
That year there was a spike in hate crimes reported by police, a 10-year high of 2,073 criminal incidents, according to Statistics Canada.

While the most recent stats show a slight decrease in 2018 to 1,798 incidents, the number was still the second highest of that period. 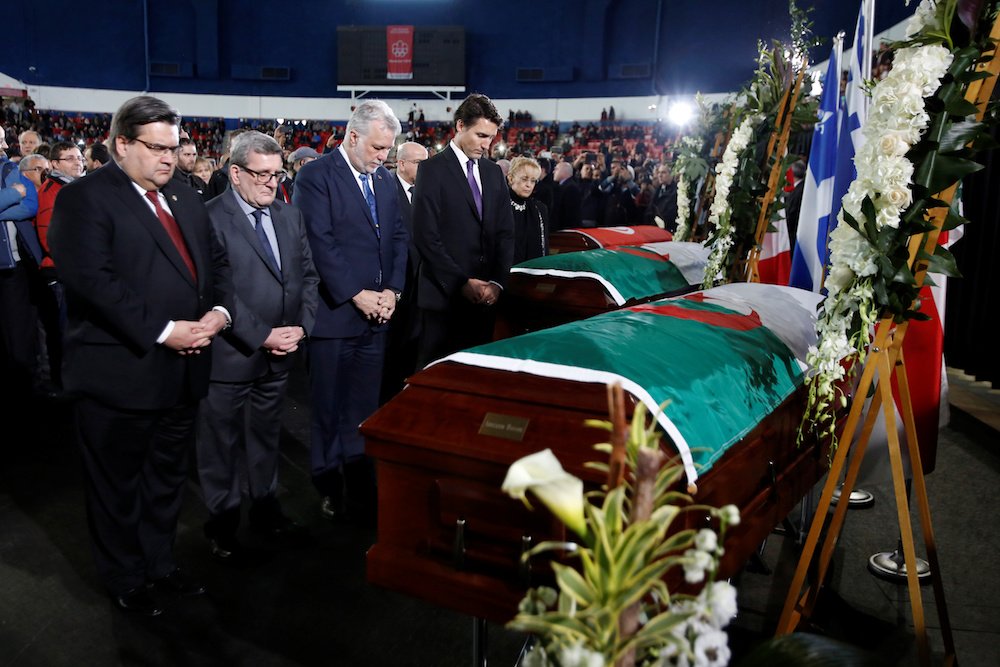 Then there is a less visible form of systemic discrimination, such as the issue of unemployment among Arabs, Canada’s fastest-growing immigrant population.
“A lot of people here think that Canada isn’t racist,” Faith Olanipekun, an organizer of a Canadian protest in support of Black Lives Matter, told the CBC, the national public broadcaster, this week.

“So it’s important for us to come out, voice our concerns and let people know that we are suffering in Canada just as much as people in the US are suffering.”

A report last year by the Canadian Arab Institute, a non-partisan research and policy group, showed that based on its analysis of the country’s last census in 2016, the unemployment rate among Arabs was 13.5 percent, higher than the total visible minority population at 9.2 percent. 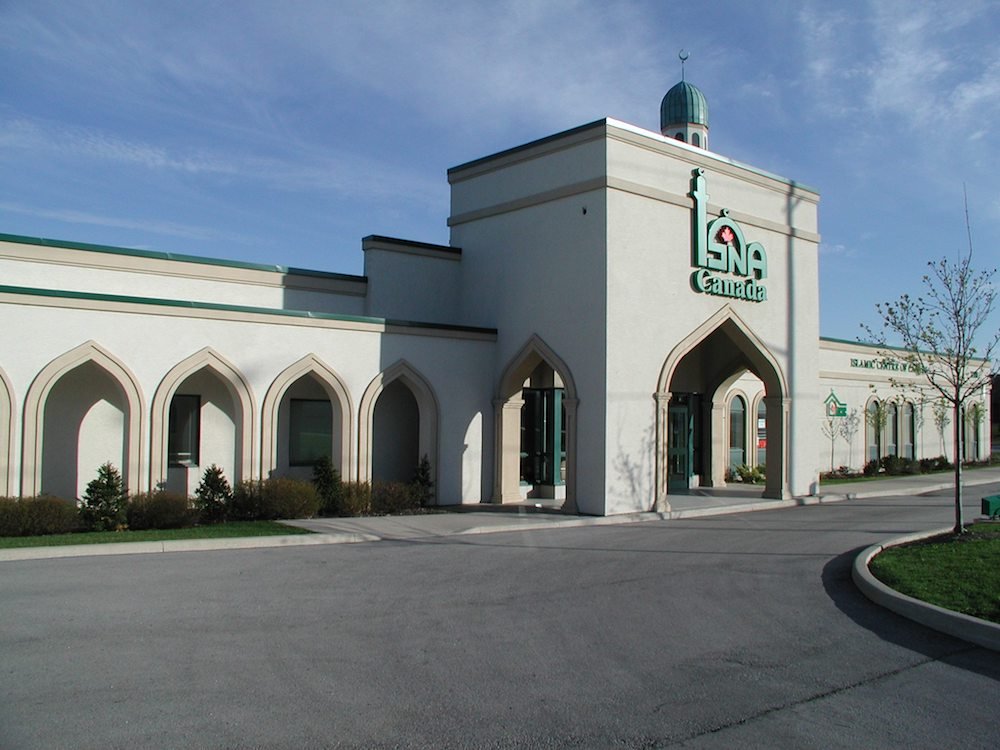 “That’s more than double the national average, so this is based on 2016 data, very important to note, because with COVID-19 it means it’s going to get much worse,” Shireen Salti, the institute’s interim executive director, told Arab News.

“We know there are employment barriers. We’re looking into why … Is there discrimination in the labor market, on university campuses etc.? There are some preliminary results from our research that show this, and we want to dive deeper to better understand.”