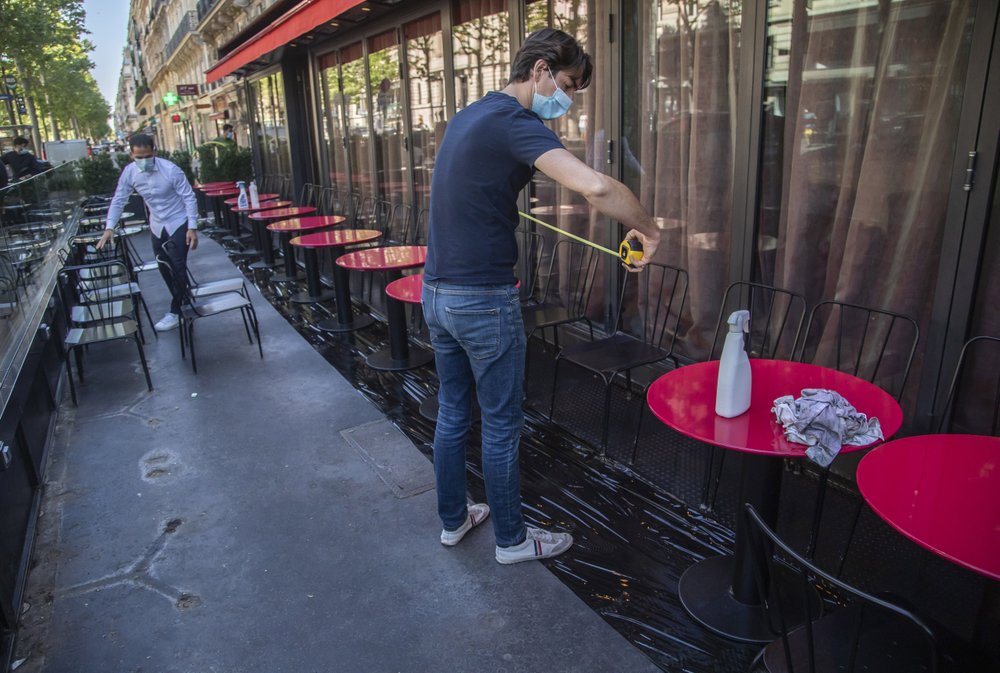 Parisians who have been cooped up for months with takeout food and coffee can savor their steak tartare in the fresh air and cobbled streets of the City of Light once more — albeit in smaller numbers.

The city famed for its vibrant cafe society and coffee culture got some of its pre-lockdown life back as cafes and restaurants partially reopened Tuesday.

Paris City Hall authorized the reopening of outside seating areas but indoor tables remain closed to customers until at least June 22.

French President Emmanuel Macron struck a note of optimism about the small step.
“The reopening of cafes, hotels and restaurants marks the return of happy days!” he tweeted, added that “the state will continue to support this sector.” 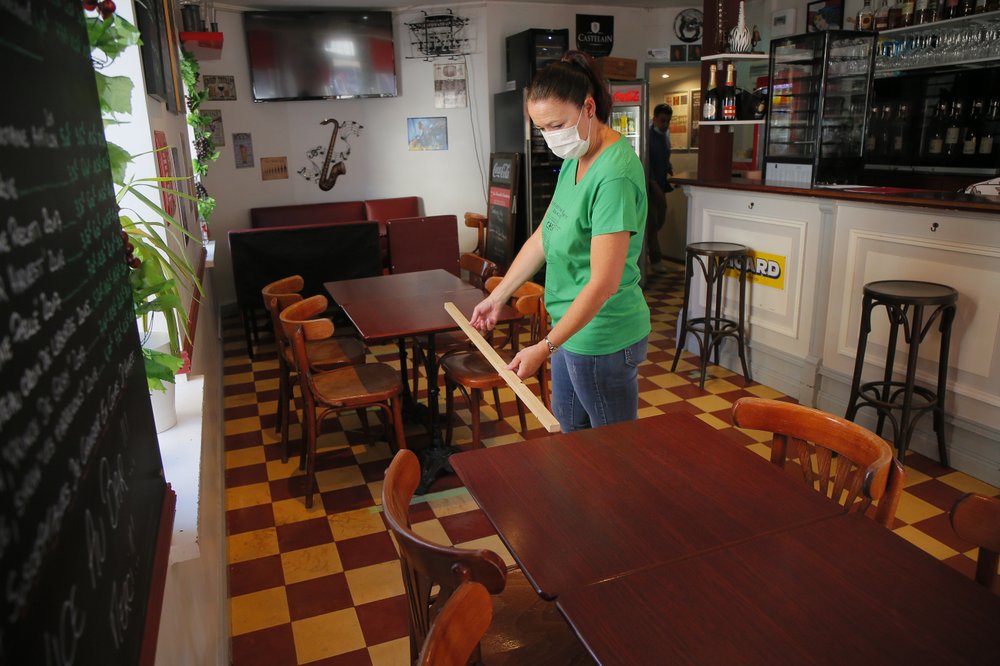 Dampening the mood, social distancing rules requiring 1 meter (about 3 feet) between tables will be obligatory and drastically reduce the numbers. For the city well-known for its tiny chairs and fashionably small 50-centimeter (20-inch) round tables that often touch, this will lower capacity in some outside areas by over half.

To help matters, Paris City Hall is now allowing restaurateurs to enlarge their outside areas or create one without the normal legal red tape until Sept. 30.

To do this, they will have to sign a charter promising to respect “pedestrian traffic, the cleanliness of the premises, safety or even noise reduction vis-à-vis residents.” But some restaurateurs have said that they haven’t received the charter and the details remain fuzzy and confusing.

Xavier Denamur, who owns five of the Marais’ most popular cafes and bistros that employ around 70 workers, had a mixed reaction to the reopening. 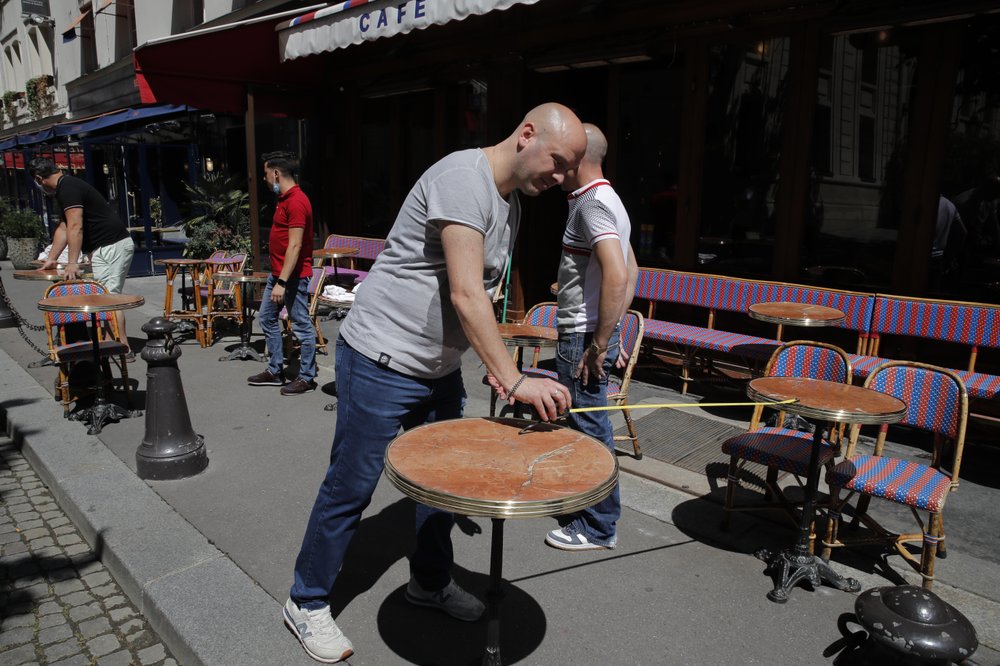 “It’s amazing that we’re finally opening up, but the outside area is just a fraction of the inside space,” he said. In one of his restaurant-bars, La Belle Hortense, he said out of a normal capacity of 126 people, there will just be room for eight.

“It’s a start,” he conceded, but “two in three outside tables had to be removed.”

Customers will be able to eat without wearing a mask, but as soon as nature calls they will be required to don one to go to the inside bathroom.

Some business owners have complained that the government’s speedy announcement of the plans, just five days before reopening, were also problematic.

“It was confirmed on Thursday, and with the holiday weekend it’s been almost impossible to order all the necessary products from Rungis,” Denamur said, referring to the Paris region’s principal food market. 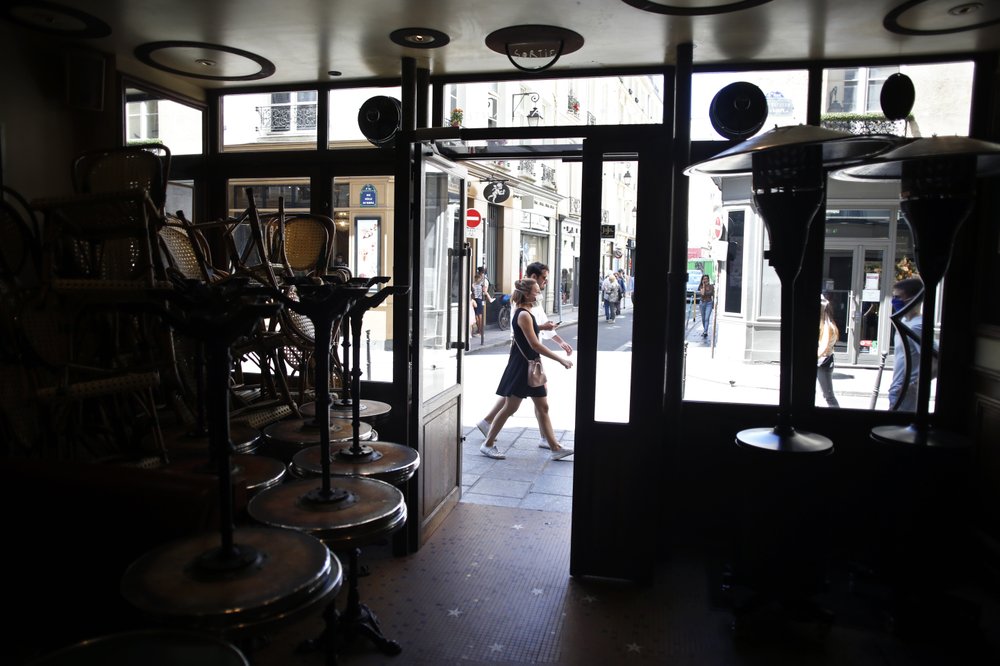 3 in 4 Americans back requiring wearing masks