‘We Are All George Floyd’: Global Anger Grows Over a Death in Minneapolis 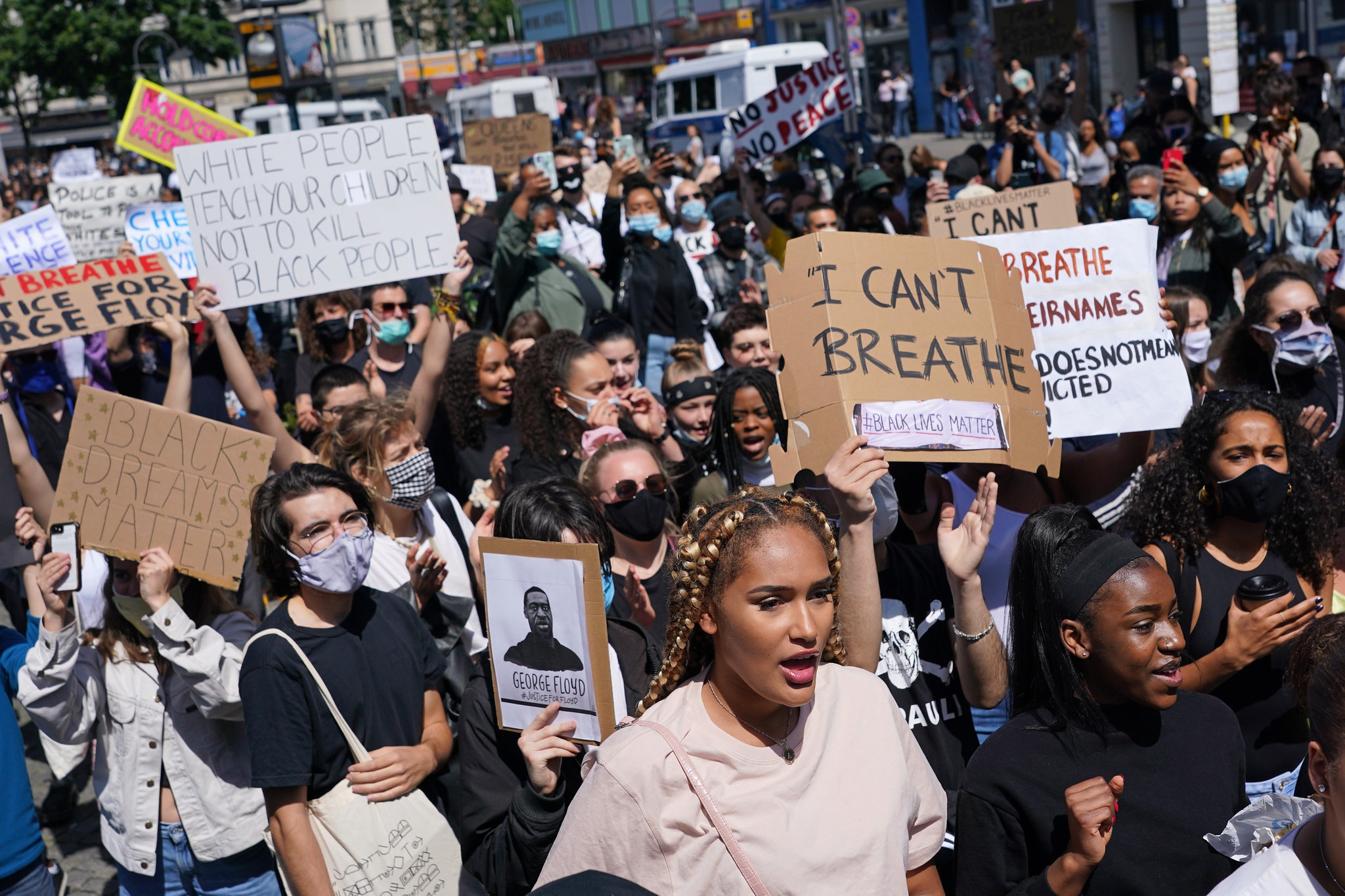 In many parts of the world, the death of yet another black man at the hands of the police in the United States is setting off mass protests against police brutality and reviving concerns that America is abandoning its traditional role as a defender of human rights.

On the streets of Berlin and Vancouver, in halls of power in Addis Ababa, Ethiopia, and Beijing, a chorus of criticism has erupted alongside the unrest in the United States over the death of George Floyd. Mr. Floyd, 46, died last week after he was handcuffed and pinned to the ground by a white police officer in Minneapolis. The officer who pressed his knee to Mr. Floyd’s neck has been charged with murder.

Paired with the global anger at American police violence in some cities has been another demand: that lawmakers heed the signs of racism and police abuse in their own countries.

In London, thousands of demonstrators gathered around the moated United States Embassy in defiance of stay-at-home coronavirus restrictions and chanted Mr. Floyd’s name, “I can’t breathe” and “No justice, no peace,” before making their way to Grenfell Tower. The building was the site of a devastating fire in 2017 that killed many Arab, Muslim and African residents. On a memorial at the base of the tower, a protester wrote, “Black Lives Matter.”
For America’s rivals, the tensions have provided an opportunity to deflect attention from their own problems. 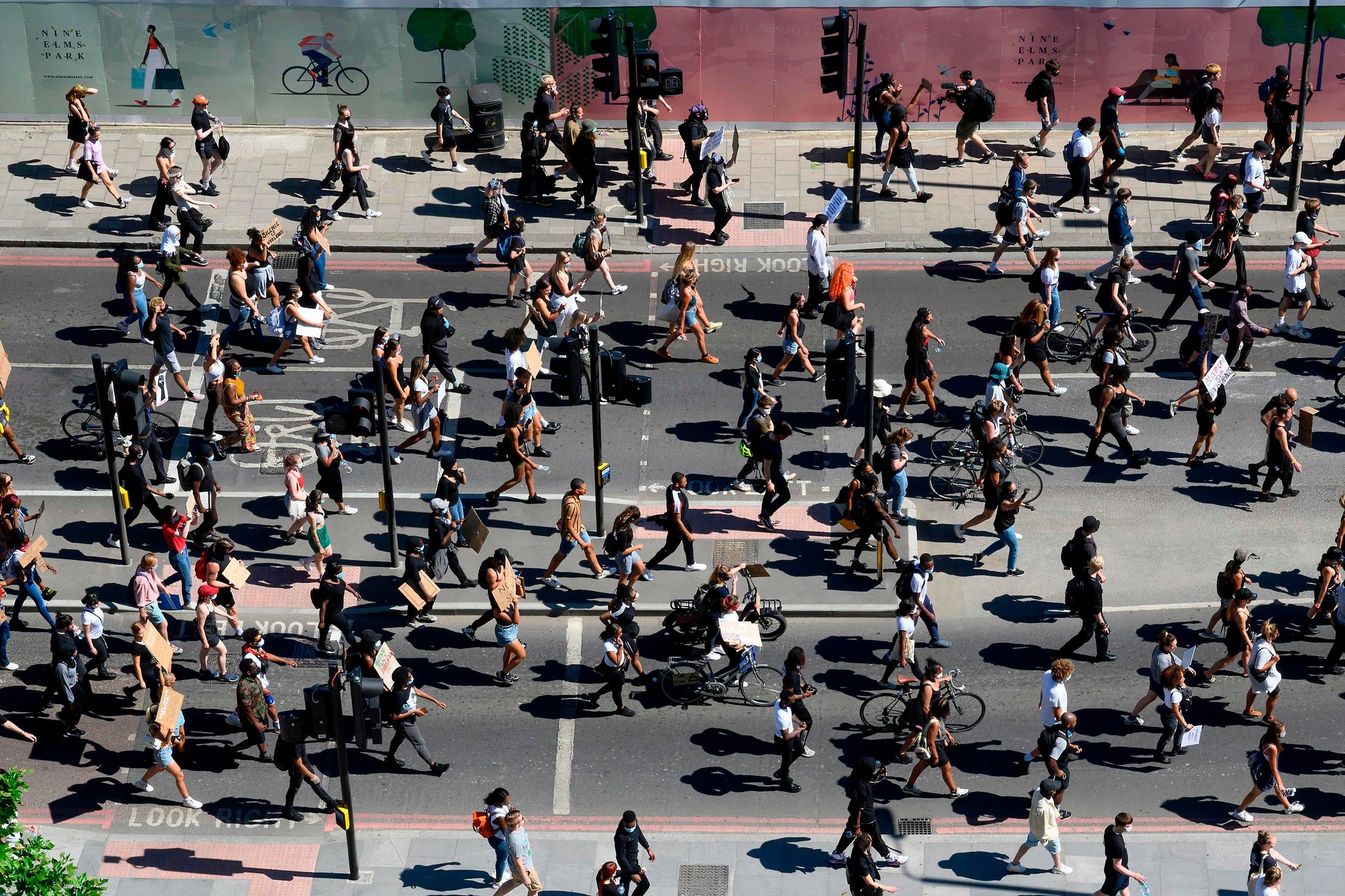 In China, where officials have chafed at Mr. Trump’s criticism of they handled the coronavirus outbreak, the state-run news media heavily featured reports about Mr. Floyd’s death and portrayed the protests as another sign of America’s decline. The violent protests were covered extensively in the news media and on the social media platform Weibo. “BunkerBoy” became a trending topic after reports that Secret Service agents rushed Mr. Trump to a bunker on Friday night as hundreds of protesters gathered outside the White House.

Pierre Haski, a noted French journalist, commented on France Inter on Monday: “Beijing could not have hoped for a better gift. The country that designates China as the culprit of all evils is making headlines around the world with the urban riots.”

When an American official on Saturday attacked the ruling Communist Party on Twitter for moving to impose national security legislation to quash dissent in Hong Kong, a spokeswoman for the Chinese government fired back with a popular refrain among protesters in the United States. 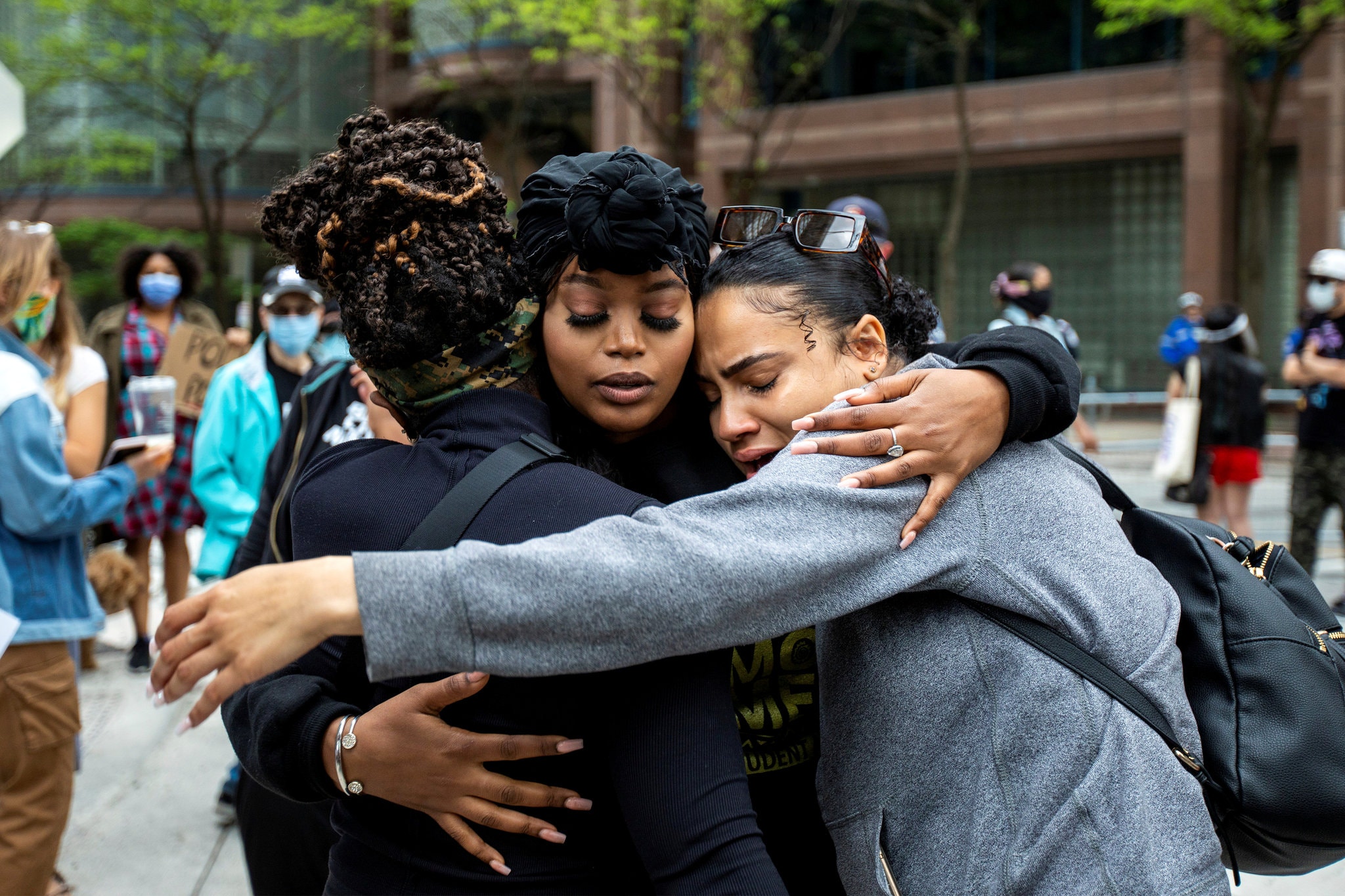 In Toronto, calls to end American racism merged with outrage at the recent death of Regis Korchinski-Paquet, 29, a black woman who the police said fell from her balcony after officers arrived at her home in response to what Toronto’s police chief called a “rather frantic” call about an assault.

And in Paris, among those calling for a demonstration was the family of Adama Traoré, a 24-year-old black man who died in custody in 2016 after being tackled and pinned down by the police in the Paris suburbs. La Vérité Pour Adama, or “the truth for Adama,” an advocacy group led by Mr. Traoré’s sister, Assa, said Mr. Floyd’s death was a chilling reminder of Mr. Traoré’s.

“How can one not think of Adama’s terrible suffering when he had three police officers on him and he was repeating, ‘I can’t breathe’,” the group wrote on Facebook last week. “His name was George Floyd, who just like Adama died because they were black.” 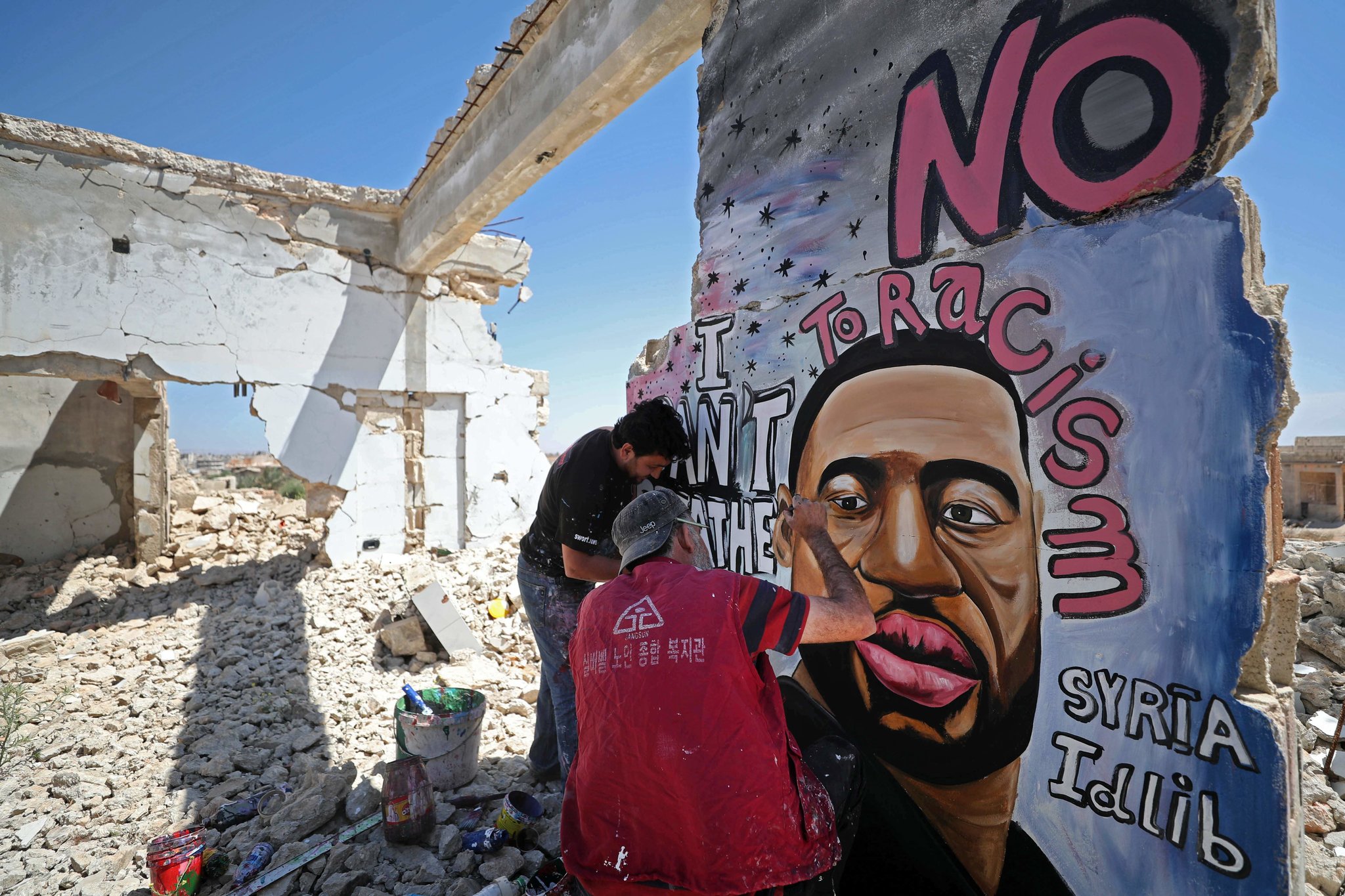 The widespread condemnation reflected growing unease about America’s rapidly eroding moral authority on the world stage. President Trump already faces criticism across the globe for a response to the coronavirus pandemic that has led the United States to relinquish its longtime role as a global leader in times of crisis.
Just as American demonstrators have been pained in part by the disproportionate toll of the coronavirus on black and immigrant neighborhoods, so, too, have activists around the world taken note of the gaping inequities laid bare by the pandemic. In England and Wales, for example, black people are twice as likely to die from the virus as white people.

In Berlin, thousands of demonstrators held a peaceful protest outside of the U.S. Embassy on Saturday, some carrying signs that read, “Stop Killing Us.”Three players in Germany’s top soccer league — the English forward Jadon Sancho, the French striker Marcus Thuram and the American midfielder Weston McKennie — made gestures of support for Mr. Floyd during weekend matches. Germany’s soccer federation, which bans players from making political statements during matches, said it would investigate the display by Mr. McKennie.

In Syria’s northwestern Idlib province, the target of a monthslong offensive by the Syrian government to seize control from opposition forces, two artists painted a mural on the shell of a ruined building that read “I Can’t Breathe” and “No to Racism.”