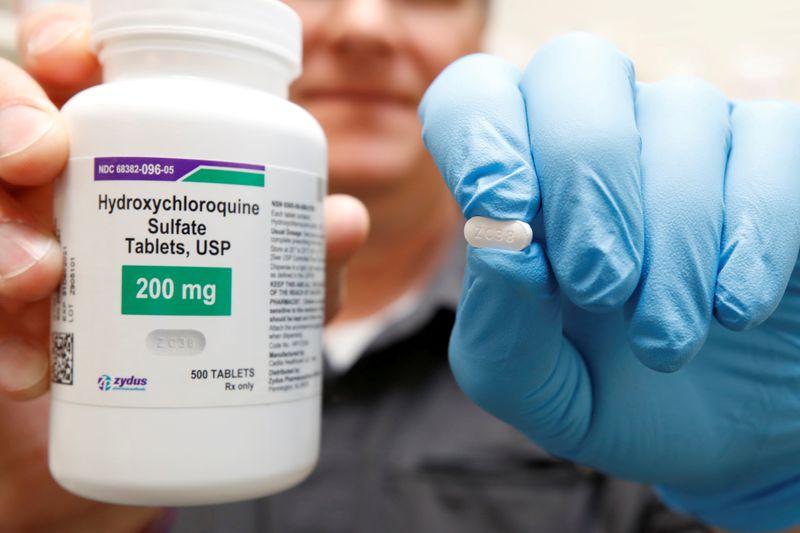 Cancer patients with COVID-19 who were treated with a drug combination promoted by US President Donald Trump to counter the coronavirus were three times more likely to die within 30 days than those who got either drug alone, US researchers reported on Thursday.

The preliminary results suggest doctors may want to refrain from prescribing the decades-old malaria treatment hydroxychloroquine with the antibiotic azithromycin for these patients until more study is done, researchers said.

“Treatment with hydroxychloroquine and azithromycin were strongly associated with increased risk of death,” Dr. Howard Burris, president of the American Society of Clinical Oncology(ASCO), said in a briefing with reporters on the results.
The drug combination initially was thought to help COVID-19 patients, but recent data has cast doubt on the regimen.

The preliminary findings, to be presented this week at ASCO’s virtual scientific meeting, show that the combination may pose a significant risk to cancer patients.

“Taking the combination gives a three times increased risk of dying within 30 days of any cause,” Dr. Jeremy Warner of Vanderbilt University Medical System told reporters.
Trump, who has often promoted hydroxychloroquine, in a March 21 tweet called the combination potentially “one of the biggest game changers in the history of medicine.”
That was based on a study of fewer than 40 patients in the International Journal of Antimicrobial Agents. More recent studies have shown little or no benefit and increased risks.

Warner and colleagues analyzed data on 925 patients with cancer who became infected with the coronavirus between March and April. Thirteen percent of the patients died within 30 days of their diagnosis.

Overall, patients whose cancers were actively progressing at the time of infection were five times more likely to die within 30 days than those who were in remission or had no current evidence of cancer. 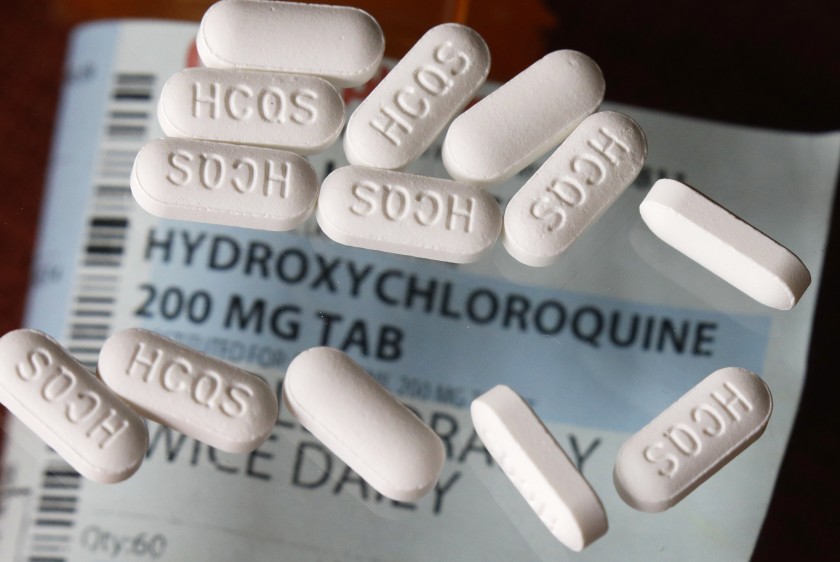 The governments of France, Italy and Belgium moved on Wednesday to halt the use of hydroxychloroquine for COVID-19 patients following a World Health Organization decision on Monday to pause a large trial of the drug due to safety concerns.

Warner said hydroxychloroquine alone was not a significant risk factor when adjusting for other risks, noting that the number of individuals taking the drug alone was relatively small.

He said carefully designed trials are needed to clarify the risks and benefits of these drugs alone or in combination.

Nevertheless, Warner said his findings were largely consistent with a retrospective analysis published last week in the Lancet medical journal that looked at more than 96,000 people hospitalized with COVID-19. That study found that hydroxychloroquine was associated with an increased risk of death and heart rhythm problems.
ASCO Chief Medical Officer Dr. Richard Schilsky said there is “insufficient evidence to support the routine use of hydroxychloroquine” to treat COVID-19 in patients who also have cancer, and urged caution until more data becomes available.

“This certainly will put a degree of caution for combining those two drugs in a cancer patient receiving therapy against COVID-19,” said Dr. William Cance, chief scientific officer of the American Cancer Society.

WHO: Middle East at ‘critical threshold’ in coronavirus numbers