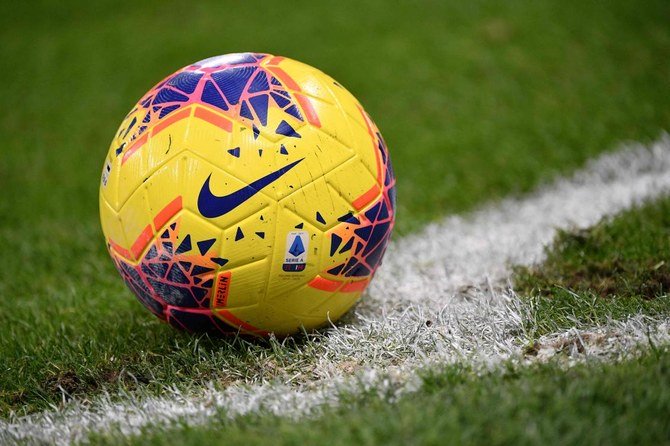 Football faces losing many clubs to bankruptcy because of the coronavirus pandemic.
A slowdown in the multi-billion-dollar transfer market, and possible defaults on payments from player deals made before the shutdown, were cited as concerns in a debate hosted by a FIFA-backed research center on Wednesday.
“I think the biggest threat to club football in the coming six months is going to be the survival of smaller clubs,” Lokomotiva Zagreb director Dennis Gudasic said.
Gudasic warned of a “drastic situation whereby we have maybe 100, or 200 clubs go bankrupt in September or October” if challenges facing smaller clubs are not understood.
Clubs across Europe have been denied commercial revenue with no games in most countries for at least two months, and only fan-free games in empty stadiums likely for months ahead.
Back in March, European Club Association (ECA) leader Andrea Agnelli predicted clubs faced “an existential threat.” The Juventus president described the coronavirus outbreak as “the biggest challenge our game and industry has ever faced.”
Now, many clubs are looking for richer leagues to complete their seasons so that money paid by broadcasters for fulfilling contracts can revive the transfer market.
“This is where there is a lot of uncertainty,” Gudasic said, adding some clubs in Croatia in terms of budgeting had become “actually addicted” to transfer revenue from their former players.
His comments came in an online panel discussion hosted by the International Center for Sports Studies (CIES) at the University of Neuchatel in Switzerland.
Clubs could go bankrupt waiting for installments due from player deals made in the past two years, university academic Raffaele Poli cautioned,
“I’m not sure all clubs will be able to pay,” Poli, a leading analyst of transfer values worldwide, said.
Clubs in eastern European countries such as Croatia could still make deals in a slower transfer market, Manchester United scout Piotr Sadowski said.
Players there would be available at less cost than from clubs in Portugal or France, he said.
An extended transfer window would also help revive the market, the Man United scout said, suggesting “unofficial talks” had taken place about the idea.
FIFA, the sport’s world governing body, has agreed to be flexible with the typical July-August trading period in Europe as there is no clarity when the current season will end and the 2020-21 campaign will begin.
’This would be a good idea to make like a six months transfer window from summer to winter 2021,” Sadowski said. “It would give all those clubs a chance to better plan transfers and their budgets.”
Asked about trends in a likely deflated transfer market, the industry experts pointed to the idea of clubs accepting less cash up front for players, with more money backloaded in higher sell-on clauses and bonuses conditional on performances. More loan deals also seem likely.
Though even English clubs face hardship if broadcast deals are not paid in full, the huge wealth gap in Europe was highlighted.
Every Premier League club will still be paid tens of millions of dollars this season, while Croatian clubs get $162,000 annually from domestic TV revenue, Gudasic said.
Gudasic suggested clubs with a global brand would still thrive: “Let’s face it, ECA is not representing the smaller clubs.”
“Now we are waiting to see what is going to happen in Europe,” the Lokomotiva director said. “It’s very difficult (to see) when or if the situation will come back to normal.”