Early resumption of Premier League not safe for players amid coronavirus: Neville 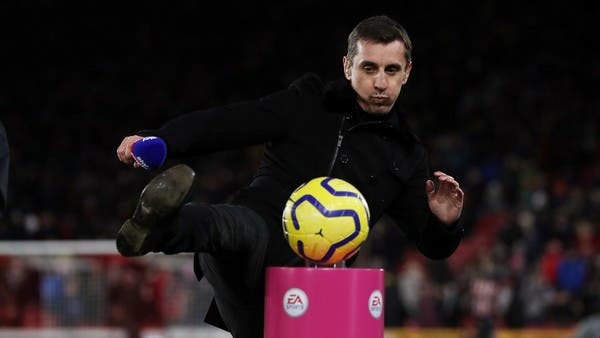 English foobtall has been suspended since March 13 due to the novel coronavirus, which has led to the deaths of more than 26,000 people in Britain. Still, the minister responsible for sport has held talks with the league on competition returning as soon as possible.

“If people are really serious about putting health first we would not be discussing football returning at this moment,” eight-times Premier League winner Neville told Sky Sports.

“The minute one member of staff or player goes into intensive care, what are they going to do? That’s the bit on one shoulder telling them: ‘It’s a risk.’ They really aren’t sure at this time how to deal with it.”

Flourish logoA Flourish map
Premier League clubs will meet on Friday to discuss ways to finish the season and Neville said the prospect of losing money from broadcasters if the campaign is canceled had clouded the judgment of those pushing for a quick restart.

“If this was a non-economic decision, there would be no football for months,” Neville added.

“There are big prizes up for grabs and huge economic loss that’s going to be incurred and it does cloud minds, in terms of the level of risk people are willing to place on lives.”