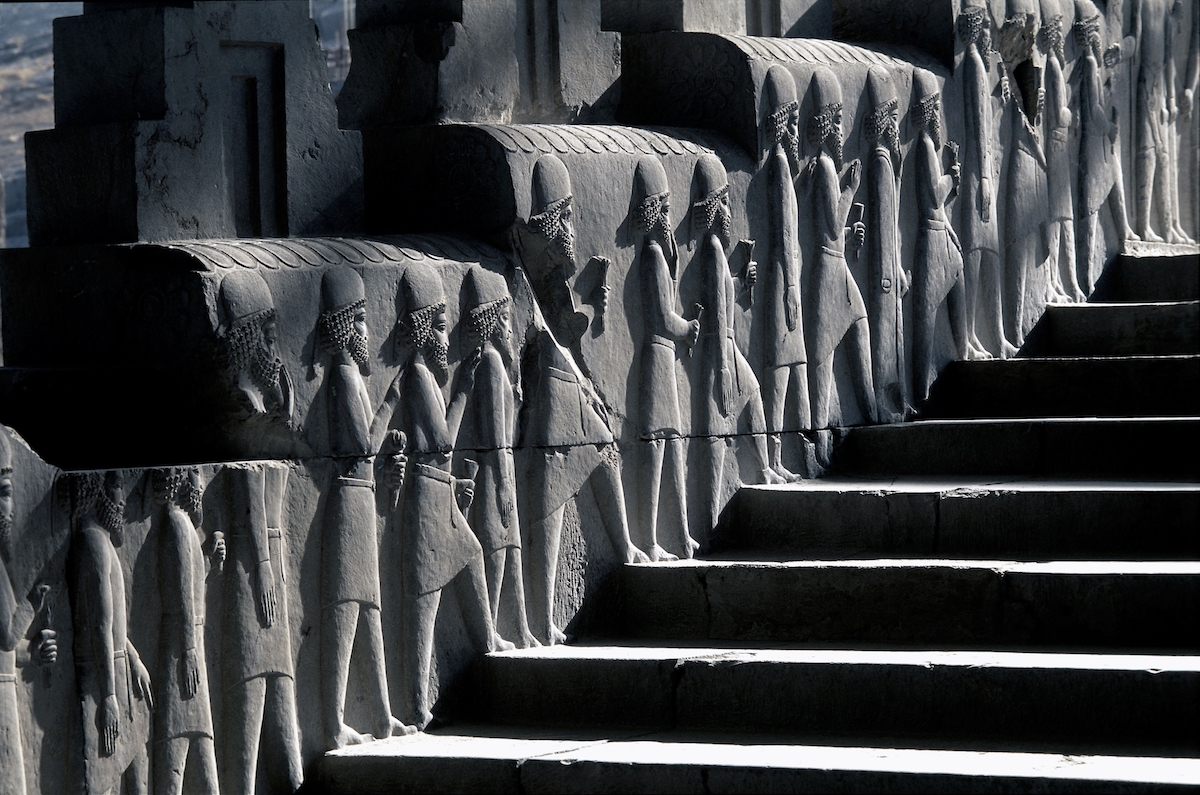 Iran’s tourism sector, the pearl of the post-nuclear accord and one of its last economic lungs under sanctions, now faces coronavirus-induced unraveling.

The industry “cannot survive and will collapse” in the face of the recession precipitated by the global Covid-19 crisis, Iran’s official IRNA news agency assessed late last month.

The stark warning came even as Iranian authorities proceeded with a phased re-opening of certain businesses and places of worship.

Should the government of President Hassan Rohani fail to intervene and support the tourism industry, more than 1.5 million jobs risk being lost, IRNA reported.

Banafsheh Tehrani is one of some 13,000 Iranian tour guides and tour leaders who have already lost their jobs to the novel coronavirus outbreak and subsequent global economic slump.

“It was almost two weeks after the outbreak in Iran that I was told I had lost my job. The travel agency I worked with was also closed down temporarily. The agency was shut down because it didn’t have the means to afford the rental and the wages of the staff. It was a small company, lacking the resources to continue operating without income for several months, so its closure was inevitable,” she told Asia Times.

It was on the reports that Iran’s Ministry of Cultural Heritage, Tourism and Handicrafts has asked the government for a total of $245 million in emergency funds to revive the tourism-related businesses and ventures that are blighted by the coronavirus pandemic.

The government turned down the proposal, instead offering to give out loans of 160 million rials ($1,032) to the tourism sector employees and practitioners impacted. The interest rate for this loan is set at 12%, repayable in two years.

Some tourism sector workers say this loan will only add to their financial liabilities and cannot be of much help. Others, like the tour guide Tehrani, say they are excluded from the program because they lack full contracts.

“It was announced earlier that tourism workers can request a loan to make up for their damages, but this doesn’t apply to tour guides, because they are not insured and their job is considered semi-official,” she said.

The London-based World Travel and Tourism Council has warned the industry risks losing 50 million jobs in the coming period due to the detrimental impacts of Covid-19.

WTTC chief Gloria Guevara Manzo estimates the economic losses incurred by coronavirus travel bans enforced around the globe will be worse than the 9/11 attacks and 2008 financial crisis combined. 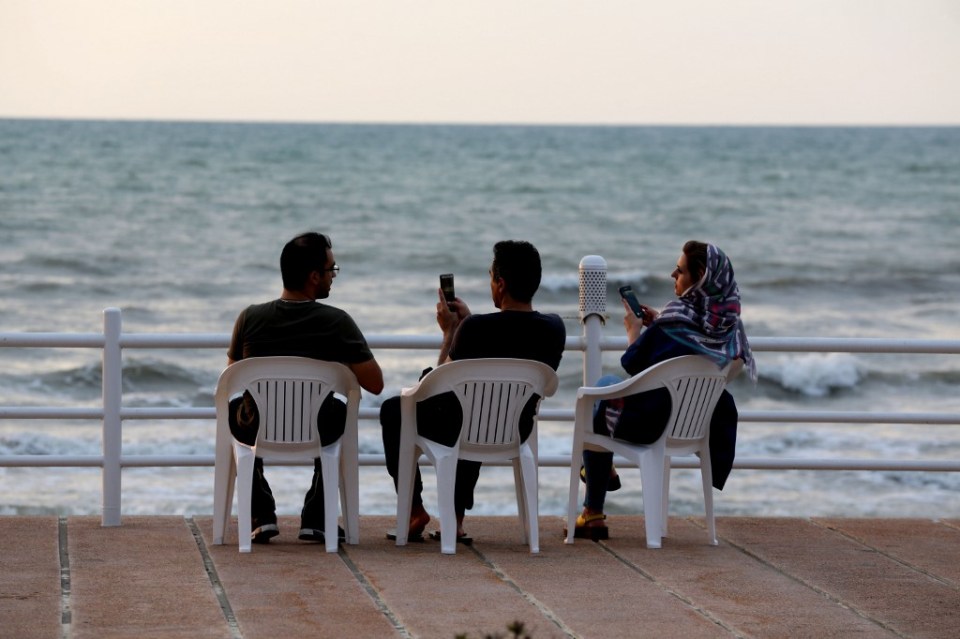 No Nowruz relief
Iran’s once-thriving domestic tourism has meanwhile failed to make up for the sharp drop in international travel. The springtime Persian New Year, traditionally an acme of travel and recreation in Iran, this year failed to boost domestic spending.

“During Nowruz holidays, we didn’t have any customers except for a few foreign students who were stuck in Iran as a result of the cancellation of international flights, and had nowhere to stay,” said Babak Novin, the managing director of Gonbad Café and Hostel in Tehran.

He told Asia Times his business is on the cusp of a downfall.

“Our business was at the heart of the corona crisis and was brought to a halt considering the critical situation. With the beginning of the epidemic, our café experienced a serious decline in revenues and I can say our customers dropped by one fifth,” said Novin.

Iran flagged its first novel coronavirus case on February 19 in the holy city of Qom, a major pilgrimage point for Shiite Muslims. Soon, Qom emerged as a regional transit point for the virus, even as the outbreak spread nationally.

The pandemic has since killed more than 6,000 people in Iran and infected nearly 100,000 as of Tuesday.

When Covid-19 began spreading across the capital Tehran, Novin says he voluntarily closed down his café. “We decided to act upon our social responsibility … in order to preserve the health of the community and ourselves.”

The business owner says June is the earliest date he can envision the beginning of a relative recovery.

Hotel closures have resulted in more than $190 million in damages to the hospitality sector since the start of the Covid-19 outbreak, the Iranian Hoteliers Association grimly revealed last month.

Iran’s travel agencies meanwhile suffered $64 million in damages in February and March, according to the Association of Air Transport and Tourist Agencies of Iran. Tehran’s Imam Khomeini International Airport, the hub of international arrivals to the country, now sees an average of only two incoming flights per day.

Global travel down
Modern Iran is the inheritor of an ancient civilization and innumerable historical sites, from castles to mosques and cathedrals, and bazaars and gardens scattered across the country.

Tourism has thus served as a critical lung during times of isolation, and a booming industry at the peak of recent re-engagement.

When US-led sanctions against Iran’s oil and banking sectors intensified in the 2000s and in the run-up to the nuclear deal under President Barack Obama, tourism emerged as a lifeline to an embattled economy denied access to foreign currency.

The hard cash international visitors bring to Iran is considered by the authorities to be a highly valuable asset, and that is why the government set an ambitious plan of attracting 20 million tourists annually by 2025.

As Iran worked to detach itself from an excessive reliance on oil export revenues in recent years, tourism was proving to be an effective driver of the national economy.

In 2015, the hopeful year of the Joint Comprehensive Plan of Action (JCPOA) inked with the US and other world powers, 5.2 million international visitors traveled to the country.

The 2015-2017 time span arguably represented the first heyday of Iran’s tourism industry since the time of the shah. After being a no-go zone for decades, the signing of the JCPOA and the ensuing normalization of the Islamic republic’s relations with the world morphed Iran from a pariah state into a booming travel haven.

The staggering depreciation of Iran’s currency, the rial, against the dollar and euro also rendered Iran a charmingly low-priced destination for international visitors, who could spend on accommodation and souvenirs generously.

The visitor numbers declined slightly in 2016, the year Donald Trump was elected US president on a platform that included tearing up the Obama-era nuclear deal. 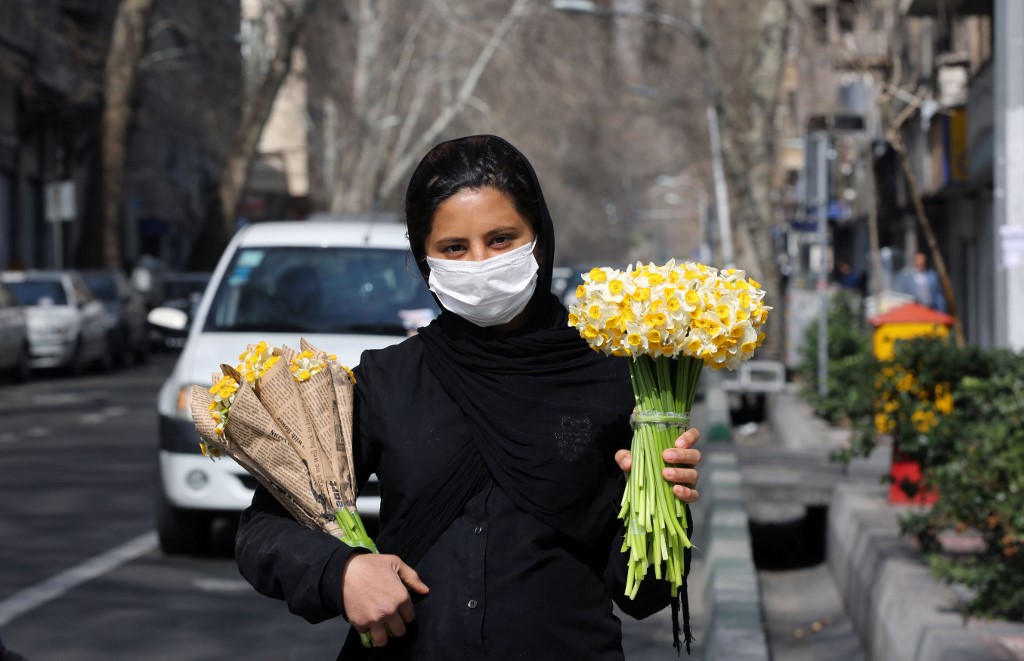 President Trump’s abrogation of the deal in May 2018 set in motion new sanctions against Iran and a fresh showdown between Iran and the West.

Subsequent developments in Iran, from the violent protests in November 2019 over fuel price hikes to the shoot-down of a Ukrainian passenger plane by Iran’s IRGC in January have taken a heavy toll on the country’s tourism and hospitality sectors.

The implementation of severe new sanctions by Trump’s administration in November 2018 resulted in setbacks, but tourism remained a key sector.

Now, with the coronavirus pandemic impacting tourism globally, Iran’s treasured outlet to the world is on life support.

Post-corona rebound?
The Covid-19 predicament will eventually come to an end, and wanderlusts and travel geeks will start voyaging the world once more.

In the meantime, industry professionals are looking to the Iranian government to keep the critical sector on its feet so it can rebound as a favored destination.

“The Iranian government should continue to support tourism, work on infrastructure and facilitate the visa process for more nationalities,” said Matin Lashkari, an Iranian travel blogger and entrepreneur based in Tehran.

“But what we really need,” he adds, “is stability.”

“We need a stable economy and politics to thrive in tourism, something that we have been lacking for the past decade in Iran.”

Tour guide Banafsheh Tehrani believes for Iran’s tourism to regain its vibrancy, the sociopolitical climate of the post-JCPOA period must be replicated.

“Something like the rejuvenation of the Iran deal spirit is needed, and the revocation of restrictions on tourists, which appears impossible, such as less strict hijab rules, issuing visas to the nationals of Britain, the United States and Canada more smoothly and the initiation of direct flights to European capitals which were all in operation after the JCPOA, but were rescinded because of the sanctions.”

Given the current climate, however, Tehrani is not optimistic that international visitors will be setting foot in Iran anytime soon.