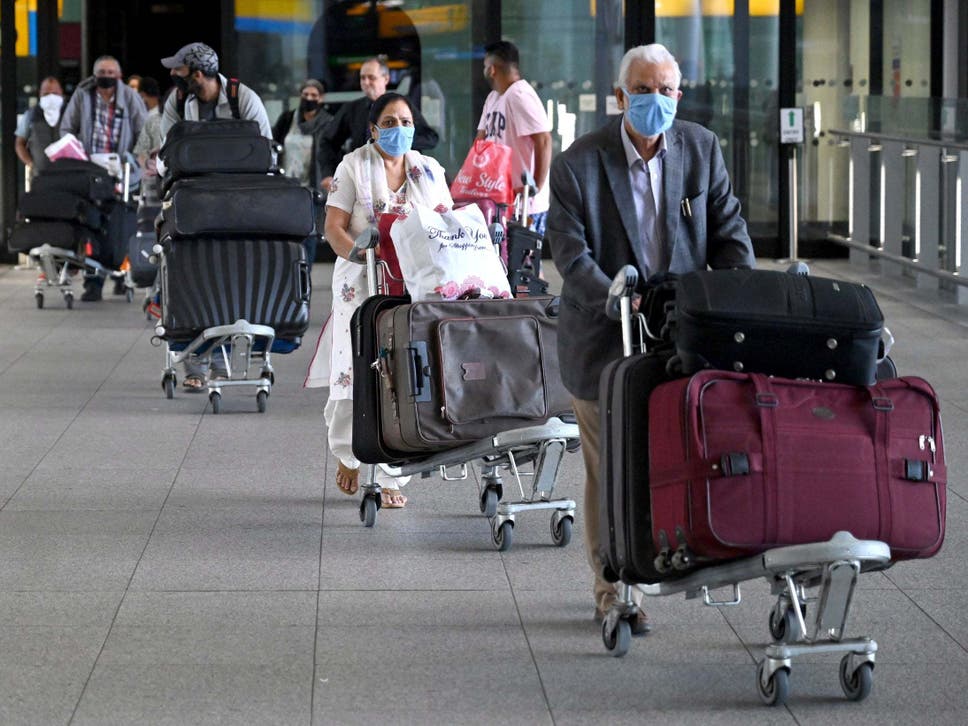 Pictures on social media showing passengers crammed on board an Aer Lingus flight from Belfast City airport to London Heathrow have raised concerns about social distancing on planes during the coronavirus pandemic.

The incident highlights the problem with re-starting aviation, known as “Project Lift-off”.

These are the key issues.

What went wrong with the Aer Lingus flight?
Brian Ambrose, the chief executive of George Best Belfast City airport, told Stephen Nolan on BBC Radio Ulster: “For the month of April the average load was 20 per cent, growing to 30 per cent.”

At such levels there are relatively few problems at either the airport or on board the plane. But the construction industry in London has increased activity sharply since the start of May, and the load on the flight – 154 passengers on a 174-seat aircraft, or 89 per cent – was sharply increased, to the surprise of Aer Lingus and the airport.

An airline spokesperson said: “Aer Lingus is reviewing its processes and procedures applicable to the operation of this service.

”The safety and security of Aer Lingus’ customers and crew is our top priority and any process changes that are identified as being required will be implemented as a matter of urgency.“

@cnnbrk @CNN @BBCNews This was a flight by air lingus yesterday Belfast to Heathrow. No social distancing 8.45am flight. We will have a 2nd Spike! pic.twitter.com/lS2iHLD2Kw

What can airports and airlines do to minimise the risk of transmission of coronavirus?
Not much. Passenger aviation and social distancing are fundamentally incompatible.

Airports are constructed to process large numbers of passengers in a relatively small space, with a number of “pinch points” built in: at check-in, going through the security search area, at the departure gate and boarding the aircraft.

Airlines deliver reasonable fares by cramming in as many people as safely possible into a confined space and leaving them there for at least an hour.

The reality is that, as Project Lift-off gets under way, many people will see photographs and decide, “I simply don’t want anything to do with flying right now, thank you”. At a time when the public is being told not to visit friends and family, and restaurants are closed, they find it incomprehensible that people are mingling with strangers in extremely close proximity.
Others will judge that, while flying can never be entirely safe, they are prepared to accept a small amount of risk in return for the benefits provided by air travel: enabling urgent family visits, making essential work trips possible, or, in time, to go on holiday.

More widely, millions of jobs rely on aviation – either directly or through the tourism that flying creates and the business generates.

This debate is at the heart of the blunt reality that re-starting the economy is at odds with limiting the spread of Covid-19.

A balance must be struck on the human cost – between the short-term harm that will inevitably come from greater interaction, and the longer-term damage caused by economic decline.

For people who must travel, what precautions are in place?
Airlines and airports are extremely keen to reassure passengers that flying is low risk. In the absence of a common international standard, different parts of the aviation industry are responding with their own strategies.

Air Canada has just announced the most comprehensive range of measures of any airline. Passengers are not allowed to travel without submitting to a temperature check. They must also wear face coverings while passing through the airport and on board. And no one in economy class will be seated immediately adjacent to another traveller, at least until 30 June. 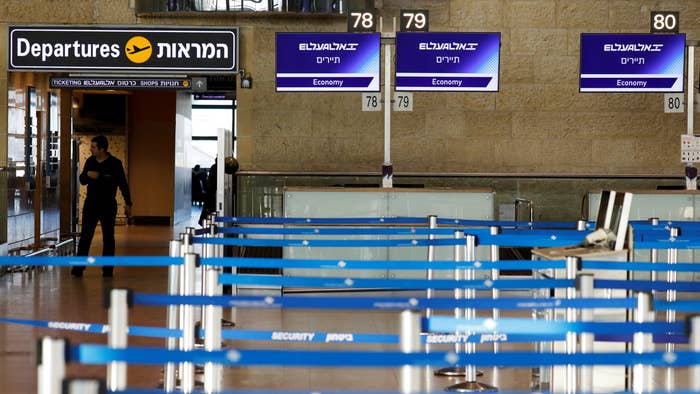 Do these measures work?
“The new programme is designed to reduce the risk of exposure to Covid-19,” Air Canada said in a statement. But that is not necessarily supported by international medical expertise. Starting with checks for high temperatures at airports, either on departure or arrival: “Temperature screening alone, at exit or entry, is not an effective way to stop international spread.”

That is the view of the World Health Organisation (WHO), which explains: “Infected individuals may be in incubation period, may not express apparent symptoms early on in the course of the disease, or may dissimulate fever through the use of antipyretics.

“Such measures require substantial investments for what may bear little benefits.”

Instead, says WHO, collect health declarations at arrival, with travellers’ contact details, so medical officials can perform contact tracing of incoming travellers.

What about face masks?
Public Health England says: “There’s very little evidence of widespread benefit from their use outside of clinical settings”.

World Health Organisation warns they can create a “false sense of security, leading to potentially less adherence to other preventive measures such as physical distancing and hand hygiene”.

And on BBC Breakfast on 5 May, the health secretary, Matt Hancock, said: “The evidence around the use of face coverings in amongst the general population is weak.

“We constantly keep that under review and if there are changes that we need to make to the guidance then we will make those changes. But for now there is no change to the guidance.” 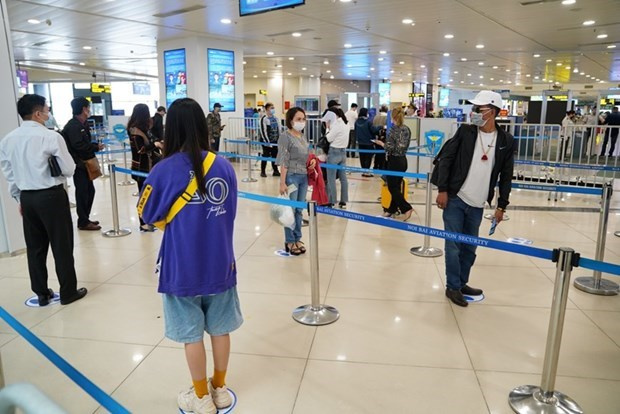 What about keeping the middle seat empty?
Statistically, shrinking the number of passengers on an Airbus A320 from 174 to 116 cuts the risk, simply because it reduces the possible carriers of Covid-19. But in terms of social distancing, it has little effect; typically it will increase the space between passengers from 50cm to 1 metre. One airline chief executive says the way that air circulates on an aircraft means extra space is unlikely to make much difference – and that the high-efficiency filters deployed on planes eliminate the risk from most pathogens.

So why are these measures coming in?
To try to boost confidence. Airlines and airports recognise that there is enormous concern about flying in the time of coronavirus. They believe these steps will reassure anxious passengers, and are pressing for global agreement – in much the same way that internationally agreed standards are applied to aviation security.

What more can be done?
Many practical steps are happening in the background. Deeper cleaning at airports and on planes can certainly reduce risks. Procedures at the security checkpoint – in normal times, the occasion when normal people come into closest contact with complete strangers – are being smartened.

But the biggest steps that travellers, and aviation staff, can take are simple: keep washing their hands assiduously, and if they are feeling remotely symptomatic, don’t show up.