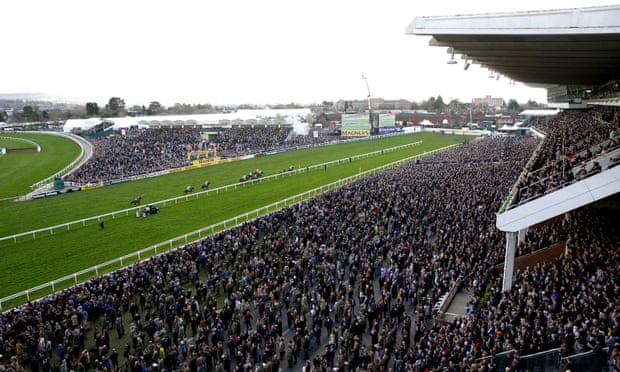 Public health experts have called for an investigation into whether the decision to allow the Cheltenham racing festival to go ahead in early March led to a rise in coronavirus cases locally.

Mortality figures compiled by the Health Service Journal show that Gloucestershire hospitals NHS trust, which covers Cheltenham, has recorded 125 deaths, roughly double that in two nearby trusts at Bristol (58 each), and those covering Swindon (67) and Bath (46).

The trust declined to comment on the data, while senior officials at Gloucestershire council said there were “many factors” that could have influenced the death totals and comparisons between trusts in the west of England were “not possible”.

But Prof John Ashton, a former director of public health for Cumbria, said the figures “deserve to be properly investigated. We know the Festival went ahead and a lot of people will have attended and worked there. It’s important we learn about what the potential is for coronavirus transmission at public events”.

At Monday’s daily coronavirus press conference, Angela McLean, the government’s deputy chief scientific adviser, said there should be an investigation into the epidemiological consequences of another March sporting event, the Champions League tie at Anfield between Liverpool and Atlético Madrid.

“I think it would be very interesting to see in the future when all the science is done what relationship there is between the viruses that have circulated in Liverpool and the viruses that have circulated in Spain,” she said.
The Cheltenham Festival is one of the highlights of the racing calendar. This year’s event, from 10-13 March, was attended, organisers say, by 125,000 people often in packed stands, just as awareness of the seriousness of the coronavirus crisis was emerging.

On 16 March, fresh modelling from Imperial College prompted an emergency rethink on how to deal with coronavirus and the lockdown began on 23 March. But questions have been raised about whether the UK should have acted sooner.

Ministers encouraged Cheltenham’s organisers to go ahead – a decision that was again defended by the culture secretary, Oliver Dowden, as recently as Monday morning. “The risk at mass gatherings was no greater or less than it would have been in pubs or restaurants, and the advice at that point was that we did not need to ban mass gatherings,” he said.

Opposition councillors in Gloucestershire county council, which is run by the Conservatives, said they want to ask public health officials further questions this week. Paul Hodgkinson, the council’s Lib Dem group leader, said: “I think it is concerning. Gloucester and Cheltenham has been described as a hotspot in the south-west.

From Rome to Rio: Where Fans Are Back in Stadiums and Where They Are Barred