If you think of Arabian heritage, Petra might spring to mind. But, according to UNESCO, Jordan is not the cultural capital of Arabia, as it has only three World Heritage Sites. Since UNESCO’s World H

eritage Committee met in Canada on 8 July, Yemen has had four internationally recognised sites. No other country in Arabia has more. This number is more than Bahrain, Iraq, Jordan, Kuwait, Qatar, Saudi Arabia and the United Arab Emirates and equals the number in neighbouring Oman, which has a much higher international profile.

The Old Walled City of Shibam in Wadi Hadhramaut, inscribed by UNESCO in 1982, just two years after Yemen joined the world heritage organisation, is known as the ‘Manhattan of the Desert’, because of its ‘skyscrapers’ that literally rise out of the sand. Surrounded by a fortified wall, the 16th Century City is one of the oldest and best examples of urban planning based on the principle of vertical construction anywhere in the world. New Yorkers would feel at home here!

The ancient Old City of Sana’a at an altitude of more than 7,000 feet has been inhabited for over two and a half millennia and was inscribed in 1986; the historic buildings that are seen today were built before William the Conqueror crossed the English Channel in 1066! Sana’a became a major Islamic centre in the 7th Century and the 103 mosques, 14 hammams (traditional bath houses) and more than 6,000 houses that survive all date from before the 11th Century. Visitors will be mesmerised by the history that surrounds them.

Close to the Red Sea Coast, the Historic Town of Zabid, inscribed in 1993, was Yemen’s capital from the 13th to 15th Century, and is an outstanding archaeological and historical site. It played an important role in the world for many centuries, because of its university, which was a centre of learning for the whole Arab and Islamic world. Algebra is said to have been invented there in the early 9th Century by the little known scholar al-Jaladi. But you won’t need to be a mathematician to count the number of other tourists that you’re likely to meet there.

The latest addition to Yemen’s list of World Heritage Sites is the Socotra Archipelago. Often described as the ‘Galapagos of the Indian Ocean’ and mentioned by Marco Polo in the 13th Century, this remote and isolated Archipelago consists of four islands and two rocky islets near the Gulf of Aden. The site is of universal importance, because of its rich biodiversity. 37% of Socotra’s 825 plants, 90% of its reptiles and 95% of its snails are unique and do not occur anywhere else in the world. With 192 bird species, 253 species of coral, 730 species of costal fish a

nd 300 species of crab and lobster, Socotra is a naturalist’s paradise. With an incredible range of Aloes and the iconic Dragon’s Blood Tree (Draecaenia cinnabari), Socotra also has a rich cultural heritage, which includes the unique Soqotri language.

Recognition by UNESCO will help to raise the profile of Socotra and produce new opportunities for islanders through the sustainable development of tourism, but this will create environmental challenges. According to Yemen’s Minister of Tourism H E Nabil Al-Fakih, “the challenge of developing tourism in the Socotra Biosphere Reserve is to produce enduring benefits for the 100,000 islanders by harnessing the tremendous tourism value of Socotra’s extraordinary natural and cultural heritage, whilst at the same time conserving the very resources that make Socotra such a unique and outstanding destination”.

Separated from the Horn of Africa 20 million years ago, Socotra’s long cultural and natural isolation has produced a unique and enchanting destination – an island where the people learned to live with their environment in a sustainable manner long before sustainability became a buzzword elsewhere, and where a large number of the birds, plants and reptiles are endemic, creating an ethereal landscape full of surprises. Although it appeared in the Travels of Marco Polo, few people today visit or even know of this forgotten land, virtually guaranteeing visitors an intimate and authentic experience. Whether you’re a culture buff, a sun worshipper, a naturalist or a diver, Socotra has it all.

As Phil Haines of the UK’s Live-Travel, which has been organising tours to Yemen since 2000, remarked, “We organise trips to over 100 countries around the world, but none can compare to Socotra – it is otherworldly. The island delights everyone, but for naturalists it is a wonderland.” The company’s tours available between November and April start off with a few days on the Yemeni mainland, which is an amazing experience in itself, allowing visitors to see the mud-brick tower houses sprouting out of mountainsides in the capital city of Sana’a and then moves on to Socotra for one or two weeks, starting with an early morning flight from the mainland to the Socotran capital of Hadiboh. When asked to describe highlights of the tour, Phil spoke of “a trek through the interior of the island, dominated by the rugged Haggeher Mountains and soothed by fresh water spring-fed pools. Here, set in a landscape of unimaginable beauty, is a collection of unique flora and fauna straight out of Alice in Wonderland – otherworldly Dragon’s Blood trees and the bulbous Socotran Desert Rose. Natural cascades tumble down from the rain-fed peaks, and the bi

For those that like diving, Socotra is home to more than 730 species of coastal fish and 253 corals. With a mild climate all year round (except during the monsoon), water temperatures ranging from 27° to 36°C, crystal clear waters and the likelihood of viewing species like barracudas, monkfish, dolphins, sharks rays and even mantas, diving is too good to be missed. Divemaster Christopher Imbsen, who has worked as an instructor in Asia and Australia, noted that “Socotra is often whispered about in the diving communities, as if everyone is afraid that the secret will be let out. Few of us have been but everyone wants to go. They say it’s like the Red Sea when Cousteau was exploring it – totally unspoilt, devoid of humans and teeming with life.”

Visitors can feel safe in Yemen

The Ministries of Tourism and the Interior have together implemented an integrated security strategy in all tourism destinations. There is therefore now no internal restriction on tourists wishing to visit and travel between key sites and attractions from Sana’a to Aden, al-Hajarah, Hodeida, Ibb, Manakha, Marib, Mukalla, Sayun, Shibam, Shibam-Kawkaban, Ta’iz, Tarim, Thula, Wadi Do’an, Wadi Hadhramaut and of course Socotra. All tourist areas are calm and peaceful. Already this year there has been sustained growth in visitor arrivals from the MENA region and we also expect growth in tourism from Europe.

The Yemen Tourism Promotion Board’s UK representative Benjamin Carey remarked: “I am pleased that the Yemeni Government has taken appropriate security measures, which will allow foreign governments and tour operators to reassess their current advice and programmes, as there is a real opportunity to support the growth of tourism in Yemen as a tool of economic development and encourage British visitors to contribute to Yemen’s development by going to enjoy Yemen’s magnificent cultural and natural heritage.” He added: “Although, as in any less established destination, visitors should take sensible precautions, my two sisters visited Yemen last year and can’t wait to return!”

Commented Live-Travel’s Phil Haines: “Our clients always feel entirely safe and exceedingly welcome travelling around the country with our highly experienced guides and drivers.”  A number of specialist operators already offer holidays in Yemen and the YTPB with Dunira is currently talking to other operators in the UK about developments and will be running workshops in Britain and familiarisation trips to Yemen later this year. 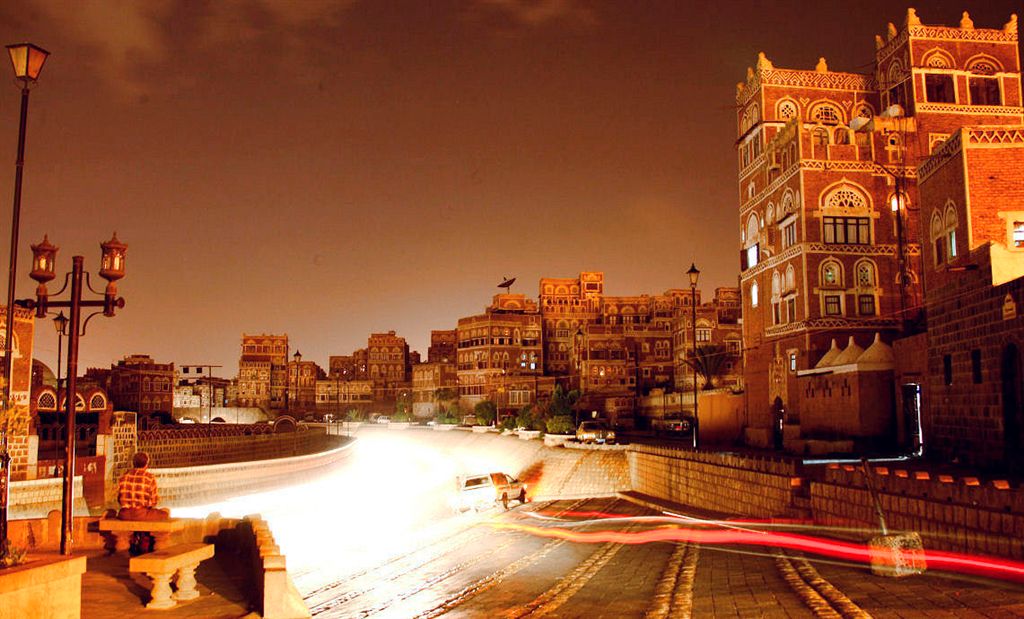