It was rather noticeable when Makram Mohamed Ahmed, president of the Supreme Council for Media Regulation, recently made bold statements about the absence of freedom of opinion and of expression in Egypt and denounced intimidation of opposing voices in the country.

Ahmed, affectionately known to his colleagues as the “Sheikh of Egyptian Journalists,” spoke to The Arab Weekly about breaking his silence amid rising speculations obver prospects of Egypt opening more horizons for political freedom and starting a new phase for the opposition. He was emphatic about the close relationship between freedom of the press and any other reforms and that there was no reason to fear dissenting voices, especially if the political situation is stable.

“These demands (for freedom) may have come late but each person speaks according to his or her ability, courage and circumstances,” Ahmed said. “I believe that I was true to my profession and tried as much as possible and within the available framework to defend the right of journalists to speak out and the need to expand the spaces of freedom and to reiterate the point that there is no need for this exaggerated fear of liberating freedoms because the right to be different is a necessity for progress and prevention in this case is not the right tool to do things.”

Ahmed said he does not believe anything can justify restrictions on freedom of opinion and expression in Egypt and that individuals and groups should be allowed to express themselves. Everything seems to indicate, he said, that the country can tolerate variations in opinions and, without the freedom of the press, no society can make progress.

The comments appear contradictory to Ahmed’s previous criticism of Western media include accusing the BBC of being hostile to the Egyptian state. 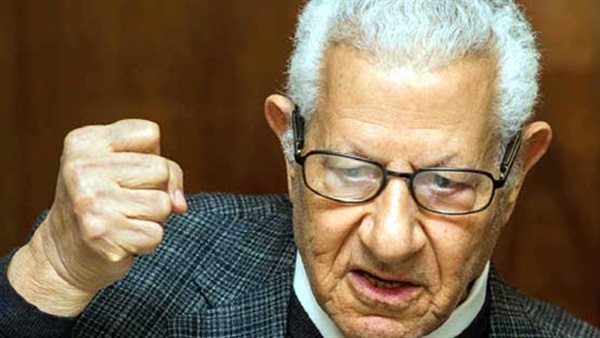 “I can disagree with them but I do not wage war against them because they had broadcast a different opinion,” he explained. “Listening to foreign media is important and the convergence of national ideas with their international counterparts is necessary and our right to disagree with them should be respected.

“Egyptians have matured and journalists are sane people and do not state opinions haphazardly but back them up with a vision, experience and common sense. There should always be some degree of tolerance when opinions differ.”

Ahmed added: “There was never a time when an opinion article in the press affected Egypt’s security and stability so this exaggerated fear of a different opinion is out of place and we really need to show more daring in lifting restrictions on the freedoms of opinion and expression. Without these freedoms, we can hardly speak of any tangible progress.

He said there has been a tendency to exclude talented people from the media. “Oversight and responsibility are given to untalented people who focus on imposing a certain routine and dullness to stifle competition and block the way for better-abled people who could contribute to opening new horizons,” he said.

Ahmed ruled out conflicts between prerogatives of the newly re-established Ministry of Information and the Supreme Council for Media Regulation. He said the council represents a moral authority that imposes ethics and requires adherence to professional standards and protects the journalistic profession by holding those who break rules accountable for their actions.

There are three media oversight bodies in Egypt — the Supreme Media Council, the National Media Authority and the National Press Authority — with conflicting prerogatives and responsibilities.

Ahmed’s views of the role of the Supreme Council for Media Regulation indicate he has almost confined it to imposing professional standards and disciplining the profession to protect it from further restrictions. This is the role the other media oversight bodies tried to avoid to the point that newspapers and television seem captive to directives and instructions from other government departments that placed media in one side and the street on the other. 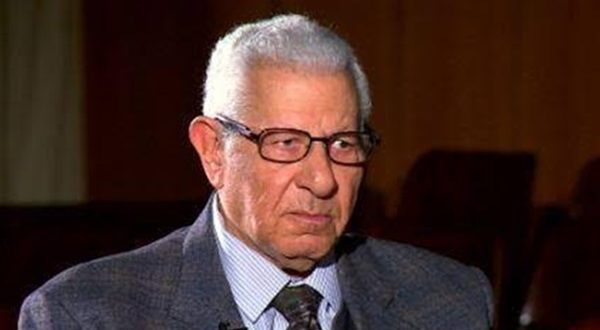 This condition was reflected in the relationship between the street and the local media. The general public stopped buying newspapers and watching official channels. Some switched to foreign media, including Muslim Brotherhood channels that adopt a Qatari-Turkish agenda to stir up public opinion against the government. Another segment of society relied on social media for information.

Ahmed said Egyptians should trust the choice of viewers and readers because audiences have become more mature and experienced in sorting truth from propaganda. He said the Arab mind is able to discuss the issues of its world freely, creatively and openly and the fear of the Muslim Brotherhood media should not be exaggerated.

He said social media platforms do not represent a problem in disseminating information but rather offer space for differing opinions and have contributed to having ideas mature and converge. Their benefits outweigh their shortcomings, Ahmed said, even though at times they have been exploited for ill purposes.

“The press is in need of the whole society to help it improve its current conditions,” Ahmed said. “The press suffers from many restraints and is going through a real crisis due primarily to lack of professionalism, intellectual laziness and absence of innovation.

“It should become more active and develop the capabilities and talents of its professionals and provide a better-quality product without fear of difference and diversity of opinion because that’s what lights up the right path to take.”

Ahmed said we are in a world of open skies that cannot be closed. It has become impossible to hide the truth or different views from normal citizens so it is far better to allow ideas to flow freely.

It is a fact that the human mind has always championed truth, diversity and the right to be different, he said. Those values must be protected because Egypt’s progress will depend on increasing respect for freedom of opinion and expression.