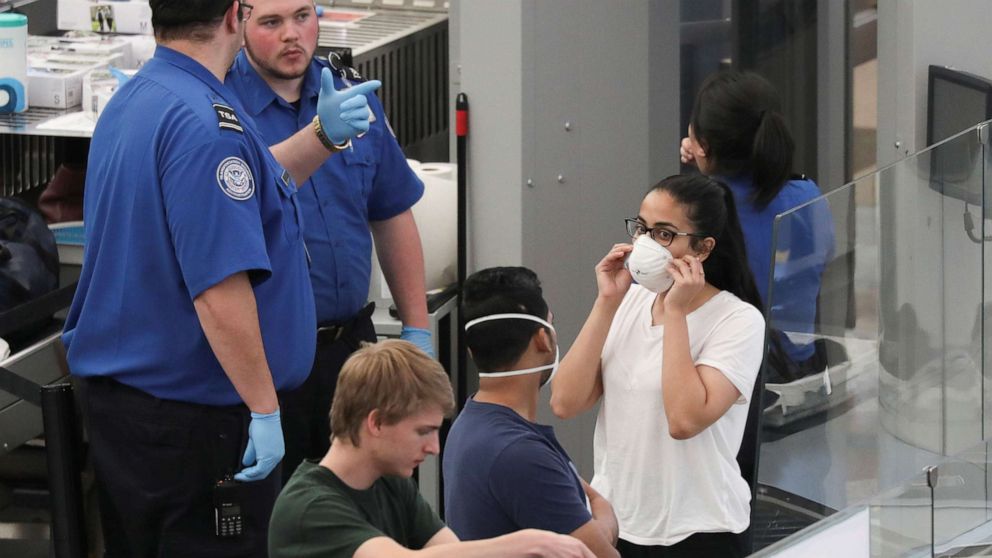 The Germans have a pretty good idea of how and when COVID-19 arrived in their country.

The first 16 infections were all traced to a Shanghai-based employee of a German auto parts maker, who paid a visit to company headquarters in Bavaria on Jan. 19.

Authorities were notified on Jan. 27, the day after she first fell ill back in China, and contained the cluster within a couple of weeks via testing and isolation.

The second wave of novel coronavirus hit in late February, as winter-break vacationers returned home from ski slopes in Italy and Austria.

It has proven much more difficult to limit; and as of Sunday, the country had 60,659 confirmed cases, the fifth-highest number in the world.

But what is remarkable about Germany's COVID-19 outbreak to date is the relatively small number of deaths — 482 as of March 29. That works out to a case fatality rate of just 0.8 per cent, compared to China's four per cent, between six and eight per cent in France and Spain, and 11 per cent in Italy, according to the Johns Hopkins University Coronavirus Resoures Center.

The discrepancy has been drawing plenty of international attention, as epidemiologists, health-care providers and the media try to figure out if Germany has found a way to limit the human cost of the global pandemic.
If Germany has an advantage in the fight against COVID-19, it has probably been in its testing, with close to one million people swabbed and analyzed over the past three weeks and lab capacity now up to half-a-million samples per week (still just a small fraction of the country's population of 83 million).

Compare that to Canada, which had tested 164,564 people as of Friday, Italy with around 375,000 tests, or the United States, which now has the world's biggest outbreak and has tested 541,000 people.

"It's not a top down approach here. It's a bottom up approach, and everyone just started to test as soon as the sequence and the protocol was available," said Melanie Brinkmann, a virologist at the Helmholtz Centre for Infection Research in Braunschweig.

"So, I think we saw the much bigger tip of the iceberg than other countries, such as Italy, for example. They didn't do the testing, and they suddenly had very many cases in their hospitals, and very soon, they were overwhelmed."

The aggressive testing may be providing a fuller picture of the coronavirus crisis in Germany since many of the cases being detected are mild or asymptomatic — the kind of people who aren't yet being swabbed in other countries.

It has also given authorities a chance to break the chain of infection at an earlier stage, before the disease gets passed on to someone who falls ill enough to seek medical attention.

"I think we have gained a lot of time and now have had time to prepare the hospitals for the patients that will come eventually," said Brinkmann.

A gathering storm
Even with those COVID-fighting efforts, and the cushion they've provided, there's a growing sense of pessimism among German experts and a feeling that the country's apparent good fortune is probably just temporary.

"There is nothing special about what we are doing. We had good luck," said Dr. Karl Lauterbach, an epidemiologist and a member of the German Parliament.

"We are very well aware that in a couple of weeks, we may be in big trouble."
Lauterbach, a longtime spokesperson on health issues for the Social Democratic Party, said his country has caught some breaks when it comes to COVID-19. Most people who contracted the disease thus far have been relatively young — a median age of 48, according to government statistics — and healthy.

The cases have also been fairly evenly spread across the country, meaning that local and regional hospital systems haven't yet been overwhelmed as in parts of Italy, France and Spain.

Yet Lauterbach said he is acutely aware that Germany's trend line is quickly turning ominous. In the course of the last week, the number of cases has doubled, and now, daily deaths are climbing as well — with 47 new fatalities on March 25, 60 on March 26, 84 deaths on March 27, and another 82 on March 28.
"I see this as a tidal wave that is coming," said Lauterbach. "A sharp increase in the number of infected people and also the number of people getting severe disease and people dying, unfortunately."

Germany is surely better prepared for a surge in coronavirus cases than many other countries. It has one of the best-funded health care systems in the world — ranking fourth in per capita spending among OECD nations.

Canada ranks 11th while Italy and Spain are 22nd and 23rd, respectively. The United States spends the most on health care, by far, but there are wide quality gaps between its private and public hospitals.

A lot of Germany's spending has gone into the type of critical care infrastructure that will become crucial if severe COVID-19 cases start to spike, as predicted.

"At the moment, I can tell you that we have in Germany up to 10,000 ICU beds available for severely ill patients," said Dr. Uwe Janssens, the head of the German Intensive Care and Emergency Medicine Association.

"We stopped any operation, any elective surgery, anything, and we told the people you come back when the situation's over, and I think this is a very important measure."

Germany already had more intensive care beds than most other countries — 34 per 100,000 population, said Janssens — on a par with the United States. Canada has 12.9 such beds per 100,000 population (spread unevenly across the provinces and territories.) Italy's ratio is 12.5 beds. In Spain, it's 9.7, while the United Kingdom has just 6.6 critical care spaces per 100,000 people.
The Germans also have 25,000 ventilators on hand. (Canada has 7,752 total ventilators across all provinces, with another 371 on order, to serve a population of around 37 million people.)

But all of that may not be enough to overcome the country's demographics.

Germany, like Italy and Spain, has one of the oldest populations in Europe, with 21.6 per cent of its residents age 65 or older. And those upper age groups are just as vulnerable to the ravages of COVID-19 as the elderly in other countries.

To date, 88 per cent of the novel coronavirus deaths in Germany have been among people 70 or older. And while the median age of the country's infected patients remains more than a decade below Italy's 63 years, it has already begun to climb. 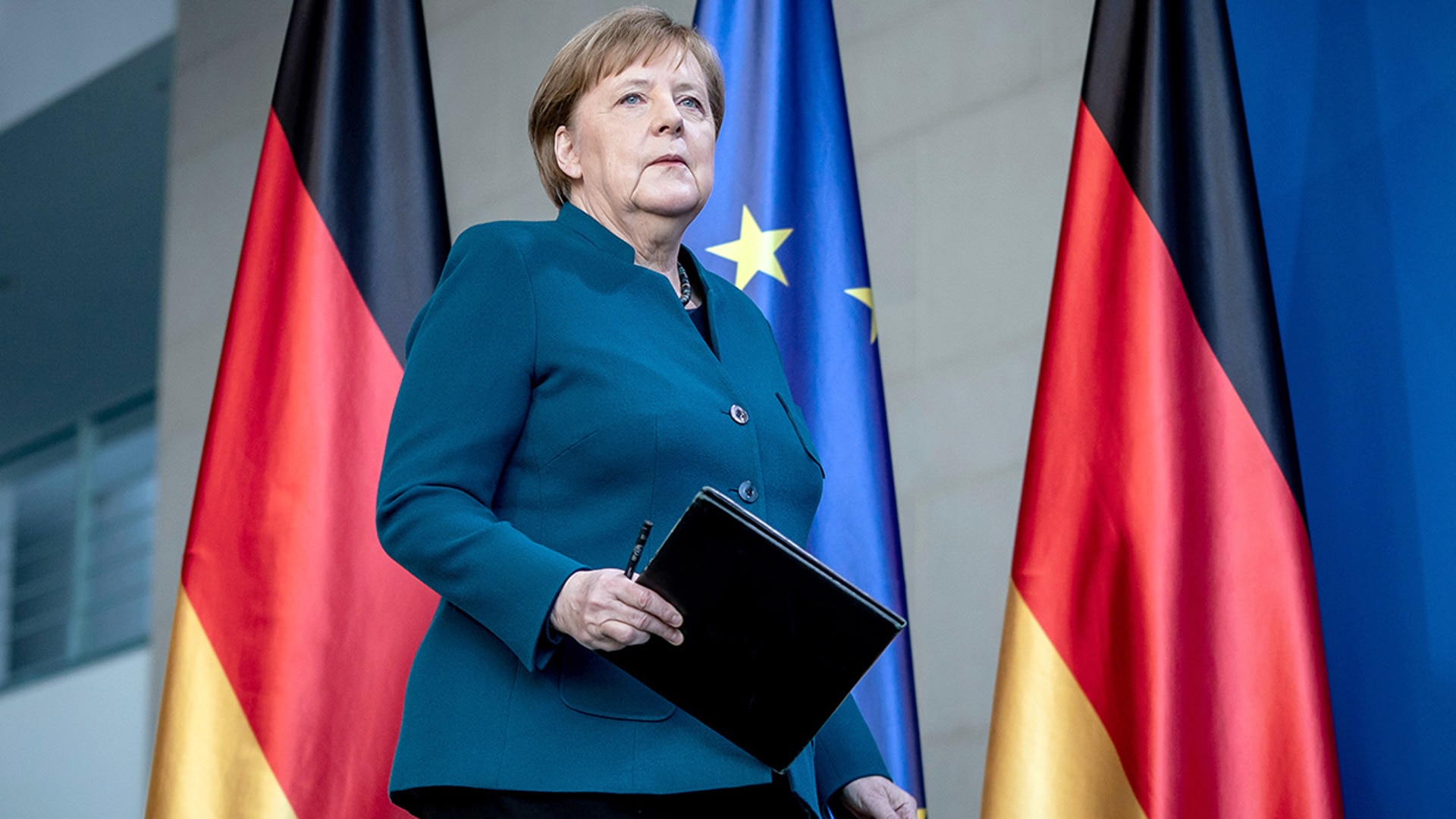 Slow to act on distancing
And if the Germans have been ahead of the curve when it comes to mass testing, they have been slower than other nations in shutting down non-essential businesses and imposing physical-distancing rules.

Chancellor Angela Merkel — who herself is now in self-isolation after a doctor who vaccinated her against pneumonia tested positive for COVID-19 — warned that 70 per cent of the country, or 58 million people, could end up infected, back on March 11.

However, a national emergency wasn't declared until 11 days later, on March 22, with an accompanying ban on public gatherings of more than two people, and the shuttering of bars, restaurants, hair salons and tattoo studios.
Experts in Germany anticipate that it will be months before their outbreak is brought under control and warn that COVID-19 may well spike again in the fall, as the weather turns and people come back into closer, indoor contact.

Martin Stuermer, a biochemist and virus researcher who runs a private testing lab in Frankfurt, said he thinks the true scale of the pandemic in Germany won't become visible until after it's over — when people can be tested for the antibody, a sign that they had, indeed, been infected even if they never developed symptoms.

Stuermer himself is at home under quarantine after he caught COVID-19 during a ski trip to Austria. He describes uncomfortable symptoms — some shortness of breath, severe back pain, and an ongoing loss of his sense of taste and smell. But he said he's relieved that he contracted the disease early on.

"At the moment, I'm happy that I'm infected now and that I don't have to think about it in every situation when I'm out again — to … [wonder] can somebody infect me or can I infect somebody else?" he said.

And even as the outbreak grows, Stuermer says, there are already lessons to be learned for Germany — and the rest of the world.

What has the global pandemic taught us about supply chains? A lot, say experts