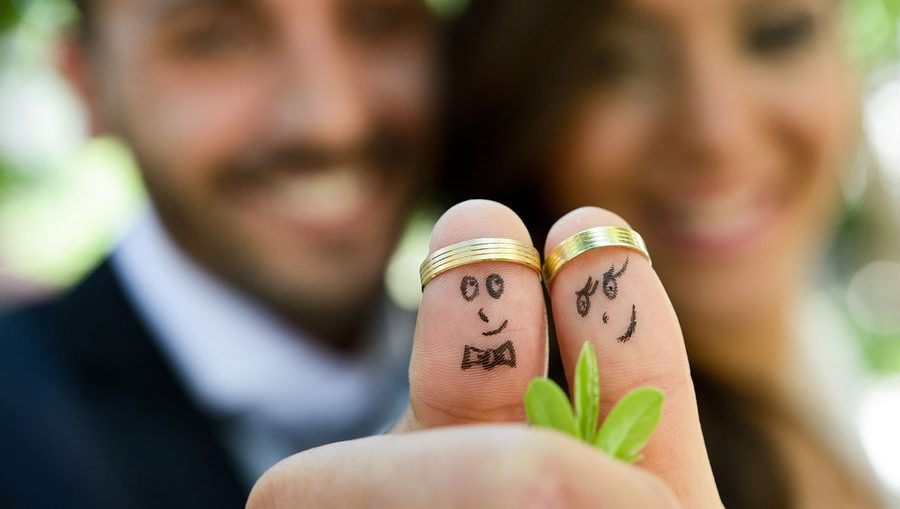 No matter how smart, funny, or attractive a partner is, there are certain things you just can't look past. These “hard stops” are called relationship deal-breakers. Unlike red flags, which are warning signs that come in the beginning of a relationship, deal-breakers can come at any point in the relationship; often, they come later on, once your partner feels more comfortable around you.

There are two main types of relationship deal-breakers: behavior that's hateful or dangerous; and behavior that signifies a fundamental mismatch in your ideologies or desires.I f you begin to see your partner engage in any of these ways, experts say you should highly consider breaking things off immediately.

1. Behaves condescendingly
If someone speaks to you in a patronizing way or is constantly putting you down about your choices or work, they’re not worth your time. “This highlights deep emotional insecurity and a lack of self-awareness or ability to take responsibility for one's own unhappiness,” says Engle. You want a partner that makes you feel good, inspires you, and instills in you the belief that you can do anything. Don’t settle for less.

2. Makes hateful comments
Most people aren’t explicit, self-proclaimed racists—although if they are, then yes, obviously, you need to break up with them immediately. “But even as a joke, being racist is unacceptable behavior,” says Engle. “If you're with someone who thinks racist jokes are hilarious or makes broad generalizations about a particular race, it means THEY ARE A RACIST.” You need to dump them.

3. Is Abusive
Physical or emotional abuse is never acceptable in any relationship. “If there is a modicum of abuse, you need to show them the door immediately,” says Engle.

Emotional abuse can be tougher to recognize. A number of behaviors constitute as emotional abuse, but common acts include constant criticism, attempting to control your behavior, the use of shaming and belittling language, name calling, withholding affection as punishment, the threat of punishment, gaslighting, and refusing to ever admit they are wrong.” There is no excuse for this type of behavior and these people do not change,” says Engle.

4. Isolates you
Someone who tries to keep you away from your friends and family is dangerous. “This can signal abuse to come,” says Engle. Do not allow a partner to isolate you in the name of love, or to guilt you into spending all of your time with them when you don’t want to. This is not romantic—it is emotionally manipulative.

5. Being a bad communicator
“If you're with someone who doesn't text back, only talks about themselves, or doesn't listen, that's a big problem,” Engle says. While stereotypically, it's men who need help communicating or expressing vulnerability, anyone, regardless of gender, can be bad at it. If you’ve worked with them to try to get them to open and communicate what they’re feeling, and they’re just not able to, then you have to let them go.

6. Not caring about your interests
While your partner doesn't need to be obsessed with everything that you do, they should show interest in the things that you like. “If someone isn't into what you do, puts you down about it, or never asks you any questions, this is a deal-breaker,” says Engle. Your partner should care about what's important to you.

7. Having different views on children
Some people are on the fence about whether they want a kid. Shaffer isn’t talking about those folks. She’s talking about the people who have known they’ve always wanted a child and the folks who will never want a kid under any circumstance. “You are setting yourself up for disappointment if you really want a kid and your partner does not,” explains Shaffer. “Sometimes people change their minds, but it's rare and can foster resentment if you try too hard to pressure your partner one way or the other.”

8. Having different relationship styles
Some people really want to get married while others do not. Some people are ethically non-monogamous and others are not. “Relationships can mean different things and take on a variety of forms so if you're not on the same page or willing to potentially compromise or try something new, having different relationship styles can lead to many miscommunications and mismatched expectations,” says Shaffer.

9. Not finding any of the same things funny
You don't need to have identical senses of humor, but if you can't laugh together, everything else is going to be way more difficult, says Shaffer. “Passion and romance are great but at some point, you are going to have to deal with some tough times and boring stretches, so if you can't make each other laugh, things are going to be pretty grim."

10. Having different views on money
This one is subtle because it doesn't necessarily have to do with how much money you make, but rather how you feel about money, explains Shaffer. Are you a saver or spender? Do you know how to budget? What does having money mean to you? “Money is more than just currency and can hold a lot of meaning, so it's good to explore how your partner feels about it before getting entwined, as financial concerns are a key issue in many splits,” Shaffer says.

11. Having different views on gratitude
Life is always going to throw curveballs, so it's important to be with someone who can see the good as well as the bad, explains Shaffer. Does your partner express gratitude for you? Do they seem appreciative for the good things around them or do they always seem to be harping on the negative bits? “It can be a total deal-breaker to be with someone who only sees the problems because one day, that problem might be you,” Shaffer says.

Does your partner spend a bad night because of your snoring?

What’s the Secret for Making your Relationship Work When you and Your Partner are So Different?