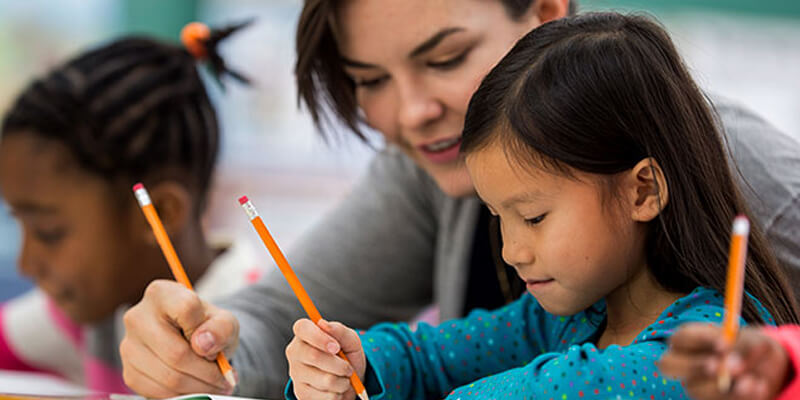 According to Fernand de Varennes, this is not only necessary for inclusive, quality education but also to respect the human rights of all children.

The Special Rapporteur said that: “Education in a minority’s mother tongue, combined with quality teaching of the official language, is more cost-effective in the long term; reduces dropout rates; leads to noticeably better academic results, particularly for girls; improves levels of literacy and fluency in both the mother tongue and the official or majority language; and leads to greater family and community involvement.”
Learning in one’s first language can help mitigate the risk of “ending up later in life with the lowest paying jobs and highest unemployment rates”, he said. The language of education can also have an impact on the self-esteem and development of minority students, according to the report.

The independent expert, a Canadian legal specialist in the rights of minorities, recommended that quality public education in the mother tongue should “be extended to as late a stage in education as possible, up to and including public university education where practicable, and at the very least be taught as a subject”.

#HRC43 NOW presentation of report by SR on minority issues, Fernand de Varennes @fernanddev, addressing #education, #language and the #humanrights of #minorities, as on his mission to #Spain. Will followed by interactive dialogue.@UN_SPExperts ????https://t.co/6PWCTAjxDN pic.twitter.com/olKz6bUE6D

Human rights obligations
There are some 6,000 recognized languages, including sign languages, to which these recommendations could be applied. According to the report, these are central to the identity of linguistic minorities - both individuals and communities.
When minority language issues go unaddressed, this can lead to “toxic environments of exclusion and claims of discrimination in education,” that fuel conflict, according to the report.

In terms of international law, the failure to use minority languages where reasonable could be construed as “discriminatory”, and contrary to “human rights obligations such as the right to education”, the expert said.

In addition, the expert argued, the use of minority languages would support the social inclusion of persons with disabilities, indigenous people and ethnic minorities, thereby making an important contribution to the world’s development agenda, which calls for ensuring "inclusive and equitable quality education and promote lifelong learning opportunities for all” (Sustainable Development Goal 4).

Mr. de Varennes also called for the drafting of practical guidelines to provide concrete guidance on the implementation of the human rights of minorities and the use of their languages in the field of education.

Recognition of sign language
The Special Rapporteur emphasised that “sign languages are fully fledged languages, and their users can therefore be considered as members of linguistic minorities where they represent less than half of the entire population of a State”, referencing his own definition.

Users of sign languages can experience the same disadvantages or exclusion as other minorities if their languages are not used as languages for instruction. In this case, “the obstacles to effective, quality education can be said to be even more pronounced,” he said.

The educational needs of deaf people, and the recognition of sign languages (as well as their inclusion as a medium of instruction at all educational levels), will therefore be a special area of focus for the Special Rapporteur on Minorities.

Special Procedures mandate-holders are independent human rights experts appointed by the Human Rights Council to address either specific country situations or thematic issues in all parts of the world. They are not UN staff and are independent from any government or organization. They serve in their individual capacity and do not receive a salary.