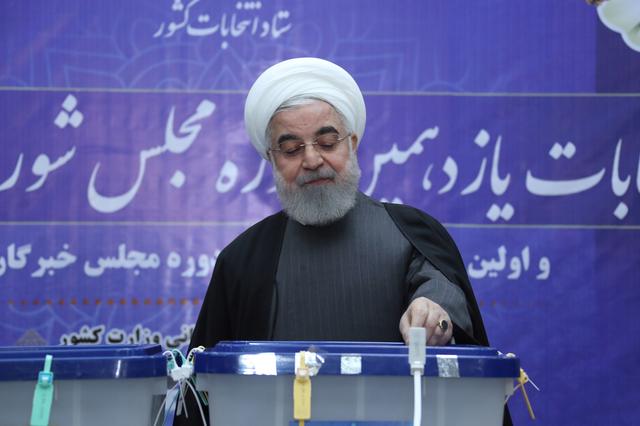 President Hassan Rouhani said on Wednesday that Iran had no plans to quarantine any “cities and districts” in response to the country’s coronavirus outbreak, which the health ministry said had killed 19 people, state TV reported.
There were however plans to impose some restriction at holy Shi’ite sites and cancel some sermons on Friday, the Islamic Republic’s traditional day of public prayer, said Health Minister Saeed Namaki.

Iran has had the highest number of deaths from the virus outside China, where it emerged in late 2019. Health ministry spokesman Kianush Jahanpur said 139 people had been infected.

Officials announced Iran’s first deaths and infections from the coronavirus as recently as last week, and the sharp rise in numbers in a short time has led Iranians to criticize authorities online and accuse them of a cover-up, a charge officials have denied.

Rouhani accused longtime enemy the United States of trying to paralyze the country with fear.

“We must not let America to add a new virus to the coronavirus by halting our social activities by spreading tremendous fear,” said Rouhani, according to state TV.

Namaki said later that some decisions had been taken that still needed Rouhani’s approval.
“We have decided to impose partial visit restrictions on holy Shi’ite sites and Friday prayer sermons in some cities will not be held this week,” Minister Namaki told state TV.

He added that the closure of schools and some universities might be extended for another week.

Authorities had ordered the nationwide cancellation of concerts and soccer matches and the closure of schools and universities in many provinces, and have urged Iranians to stay at home.

Iranian media published pictures of buses and metro stations being disinfected in Tehran, where banners in main streets called on Iranians not to shake hands and touch surfaces in public places.

Several of Iran’s neighbors have closed their joint borders and banned flights from Iran due to fears over the virus, which could hurt the Islamic Republic’s already fragile economy.

Rouhani also said that coronavirus must not become an enemy weapon that prevents business in Iran.
Iran’s economy has been battered since the United States withdrew from a multilateral nuclear deal in 2018 and reimposed sanctions on Tehran.

“Corona should not be turned into a weapon of our enemies for shutting down work and production in the country,” Rouhani said.