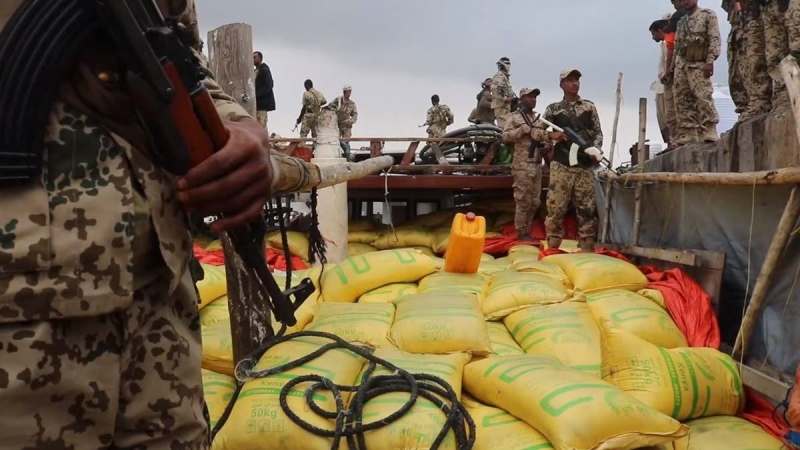 The coastguard forces on Thursday intercepted a boat carrying some 200 tons of urea fertilizer used in explosives, Abdul Jabar al-Zahzooh added in remarks to reporters.

"The boat was heading for the Houthi-held Hodeida seaport, as its 3-man crew confessed," the commander claimed.

This seizure comes five days after a "Houthi broad terrorist plot was foiled," he added.

Few days ago, "the coastguard forces had doubts about a sailing boat escorted by two smaller dhows. When they checked the boat, the forces found 150 20-liter gallons of petrol" and 21 telecommunication devices and mobiles.

"At investigations with the boat's crew, who were detained by the coastguard, the seized materials were found to be linked with a terrorist plot," Zahzooh said.

No immediate comment has been issued by the Houthi group on the coastguard remarks.

The Saudi-led coalition and the United States often accuse Iran of illegally supplying the Houthis with weapons smuggled via territorial waters.