A playwright wants only critics of color to review her. Here's what our own critics think 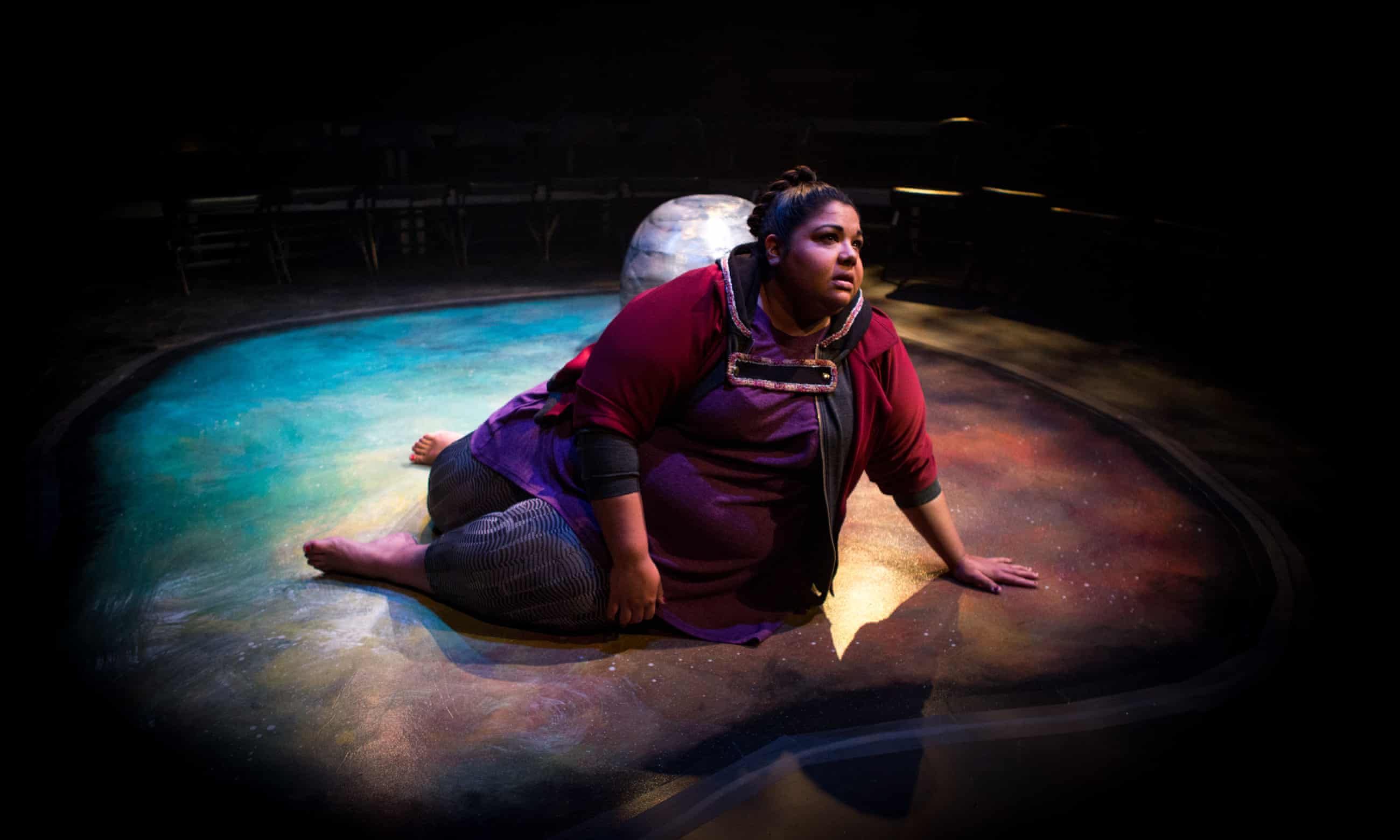 The Indigenous artist Yolanda Bonnell says criticism should ‘come from a place of knowledge’. We asked Guardian critics for their views
When Yolanda Bonnell’s play Bug opened in Toronto last week, she had an unusual request for the media: that only people of color review it.
Bonnell, an Indigenous artist from north-western Ontario, creates ceremonial art. Her new play explores the effects of intergenerational trauma on Indigenous women and aims to focus on storytelling.

Bonnell says she has received a number of racist reviews in the past – including one that suggested her work was more suited to reservations. She received an apology for that article, but after discovering that other artists of color had experienced similar treatment, Bonnell decided to pull the plug on white critics for her current show.

“In Toronto, critics are mostly white and male. They come at Indigenous art with a different lens – that often comes back to ‘If I don’t understand it, that means it’s not good or it’s not a valid form of theatre’,” she says. “I don’t mind being critiqued. But at least let it come from a place of knowledge, of understanding what you’re talking about.”

But what do other critics think of her stance?

The Guardian’s arts and culture correspondent Lanre Bakare says he can understand the desire for fresh perspectives. A 2018 analysis by Rotten Tomatoes found that for the 100 highest-grossing US films in 2017, of a total of 19,559 reviews, 82% were written by white critics, and only 22% were written by women. Bakare points out that having a landscape where critics hail from similar backgrounds is limiting because it narrows the lens through which art is being critiqued.

“One reviewer might not even see the same thing [as another] – because it’s just not on their radar, or because they don’t think about art like that.”

But he also points out that skin color is no guarantee that a critic will or won’t be good. “One of my favorite critics, Ian Penman, is a white man who writes about Prince. He’s amazing because he brings 50 years of fandom to the craft,” says Bakare.

The Guardian’s film editor, Catherine Shoard, points out that there is a quality benchmark that always needs to be discussed in a review, if audiences, playwrights, or readers are to gain anything from it. So getting a reviewer who understands the context behind the play is one thing, but assessing its quality should still be the primary concern
As an example, Shoard discusses the 2016 remake of Birth of a Nation. She says that when it screened at Sundance in 2016, people were so desperate in the wake of #OscarsSoWhite for there to be a good black movie that they gave it a standing ovation before it was screened. “And it was an absolutely terrible film. If that won the best picture Oscar, the achievement of [Steve] McQueen two years before that would have been completely undone,” she says.
The Guardian’s chief theatre critic Arifa Akbar agrees, adding that sometimes white reviewers seem reluctant to engage with the quality of a play by an artist of color. She gives the example of a recent play by a famous black British playwright that got praise but without any of the rigor that a canonical play about the white experience would. “It felt as though white critics were embarrassed – perhaps to reveal their ignorance, or that they would be called racially insensitive. But it meant a lot of them ducked out of actually doing the job properly,” says Akbar.

“I can see why that’s frustrating, patronising even. It’s almost like an inverted form of racism,” she says about Bonnell’s stance. But intellectually she says she doesn’t agree that you can silo off reviewing in this way. Akbar gives the writers Zadie Smith and Lionel Shriver as an example: both from very different backgrounds, but both arrive at the same idea when discussing the topic of diversity – that people should always be free to write outside their identity, walk around and imagine themselves in other shoes. Indeed, playwrights normally have to imagine experiences outside their own, and we trust and critique them on their ability to do so effectively. “I feel like we should abide by that rule for everybody,” says Akbar. 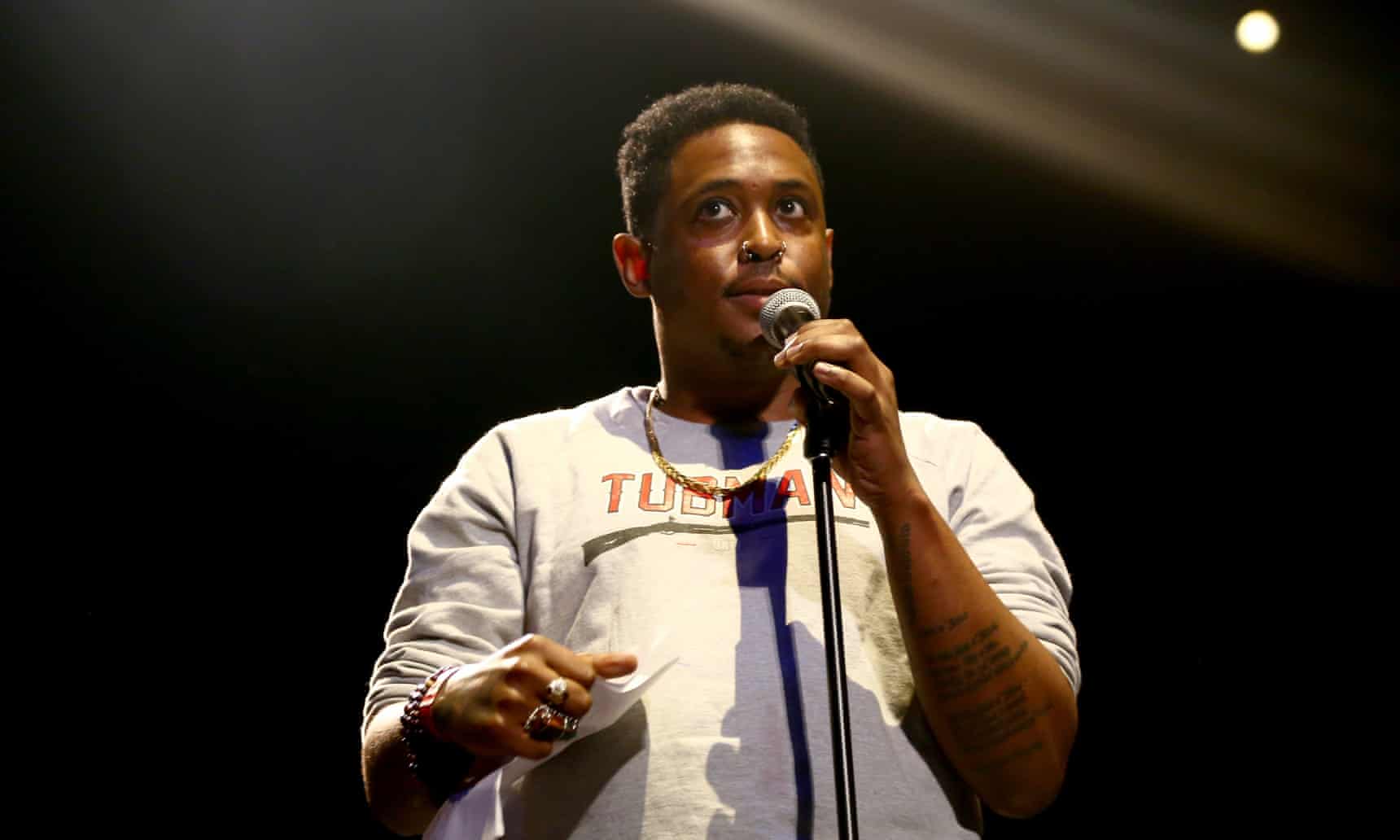 Shoard argues one racist or uninformed reviewer should have no bearing on the rest of the population: “A journalist should be informed about the world,” she says. She gives the Guardian’s chief film critic Peter Bradshaw as an example: “He is a straight white guy in his mid-50s and when he reviews a romcom badly, people say: ‘You should have got a woman who likes romcoms to review it.’ In fact, Peter loves romcoms. So for me, the idea that you’re not allowed to say whether you think something is good or not on the basis of your gender, or any other demographic, it’s just crazy.”
Bakare agrees, but adds that in a field dominated by white voices, the criticism of the work of artists of color – including knowledge of their artistic intent and the context in which they create – is simply lacking.

“If you didn’t know that Scorsese’s films frequently reference John Ford, you’d be slated because that’s seen as an obvious touchstone – but when the shoe is on the other foot, that kind of level of analysis isn’t always there,” says Bakare.

Bakare points to a spoken-word artist, Danez Smith, whom he recently interviewed. Smith spoke about rarely being compared to prominent African American spoken-word artists, such as Saul Williams. “The link is rarely made because the critics [that are reviewing Smith] inhabit a completely different world,” says Bakare.

Bonnell isn’t the first artist to say that white critics get away with not knowing the cultural reference points of work outside of their own interests – but doesn’t cutting reviewers from different backgrounds off limit opportunities for learning? That’s the point Shoard is making. “You’re just perpetuating prejudice if you are not going to let people experience other cultures,” she says. “If she wants more critics of color to review her, fine, invite them. But you shouldn’t stop other people from coming.”
Of course, people of color aren’t a monolith, and many might dislike Bonnell’s work. And certainly, being a critic of color doesn’t guarantee an understanding of Indigenous art. Bonnell says that she doesn’t assume all critics of color will share her lens, but she is interested in opening up the field so we can hear new voices.

But – as Akbar points out – there are intersections, and it’s hard to know where to draw the line: “I am a south Asian born in Britain. Am I going to be attuned to Indigenous experience in a theatre in Canada?”

The profession doesn’t just suffer from a dearth of critics of color but also female critics; disabled critics; LGBTQ+ critics and working-class critics, too. For that reason, Shoard says that Bonnell could end up excluding other minorities, even unintentionally: “It seems counter-intuitive. It’s not like everyone who is in a particular profession who doesn’t look exactly like you is some sort of very privileged enemy.”

In particular, her concern is that limiting a profession on the basis of any demographic is a slippery slope. “You can make logic out of anything. If someone said: I’m sick of everything having to be viewed through a woke, feminist lens, so I only want white guys who are over 55 to review my work, there would obviously be justified uproar,” says Shoard.

Then again, if a publication is only going to send one critic, perhaps demanding that they’re a person of color is at least a short-term fix. As Bakare says: “The current landscape is completely lacking in diversity. So setting up a criteria that says, ‘These are the only people I want to write about this’, [solves] that issue straight away.”
For this reason, Akbar says that Bonnell’s exercise is interesting and important. “You do wonder who will be left to do the review. Just by making this request, she is showing how little diversity there is in theatre reviewing.” 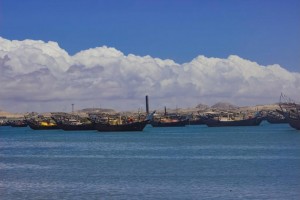