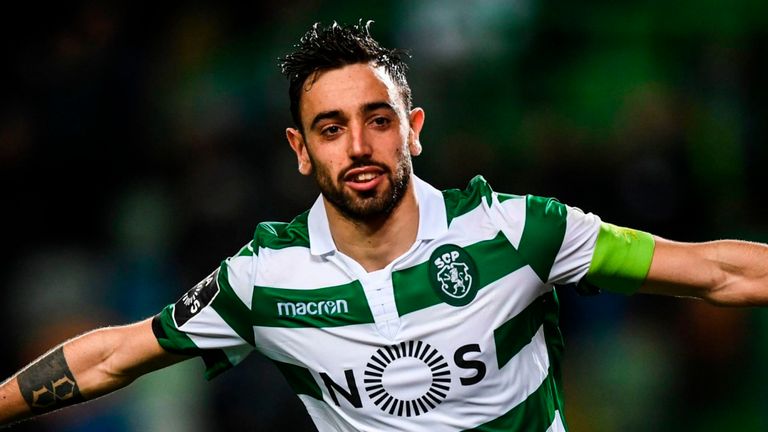 Manchester United are confident of completing the signing of Bruno Fernandes after making a significant breakthrough in talks on Tuesday.

United are now close to finalising an initial €55m (£46.6m) deal for the Sporting midfielder, subject to personal terms and a medical, with an additional €10m (£8.5m) in add-ons.

The €10m add-ons are understood to relate to Champions League qualification and Fernandes’ number of club appearances.

A further €15m (£12.7m) in add-ons will be paid to Sporting if Fernandes achieves certain individual milestones during his time at United.

Negotiations for Fernandes were protracted due to United’s unwillingness to meet Sporting’s demand for an €80m fee up front.
United are now confident that they have secured a structured deal which reflects the player’s true value, with Sporting likely to receive €65m total.

Fernandes is expected to sign a four-and-a-half year contract at Old Trafford, tying him down to United until at least the summer of 2024.

The Portugal international will fly to Manchester to undergo a medical later this week to complete his signing before Friday’s winter transfer deadline.

But Solskjaer will also hope he brings goals. Fernandes has scored 15 goals in 28 appearances for a struggling Sporting side this season, having notched 32 in 53 games last season.