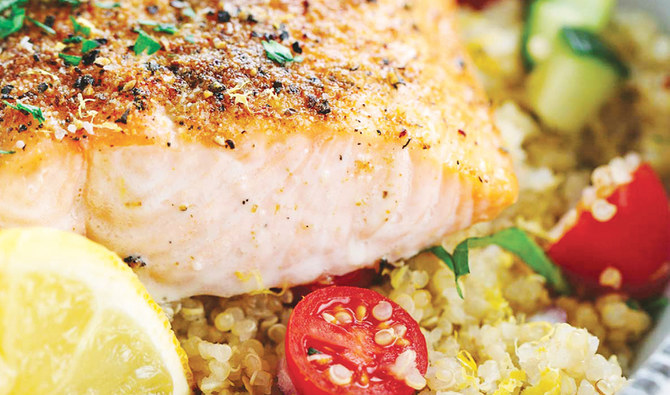 DUBAI - An epidemic of obesity and diabetes is prompting Middle Eastern consumers to embrace healthy eating habits.
“There’s a growth in awareness among the region’s health-conscious people who want nutrition-rich food,” said Mitun De Sarkar, a UAE-based nutritionist and founder of Simply Healthy Diets.
“More and more research shows how good nutrition impacts health and wellbeing — what you eat now matters immediately and also later.”
The numbers support her claim — 88 percent of consumers are willing to pay more for healthier food options, according to data by industry trade show Gulfood. Entrepreneurs are also beginning to come around.
From school canteens to homemade lunches, here are five startups taking a healthy approach to food.

An increasing interest in ancient varieties of wheat and traditional bread-making techniques prompted the launch of Beirut’s Tusk Bakery in 2016.
It makes its bread the slow way, using a natural sourdough culture and long fermentation to break down gluten and other wheat compounds and enhance digestion and flavor. 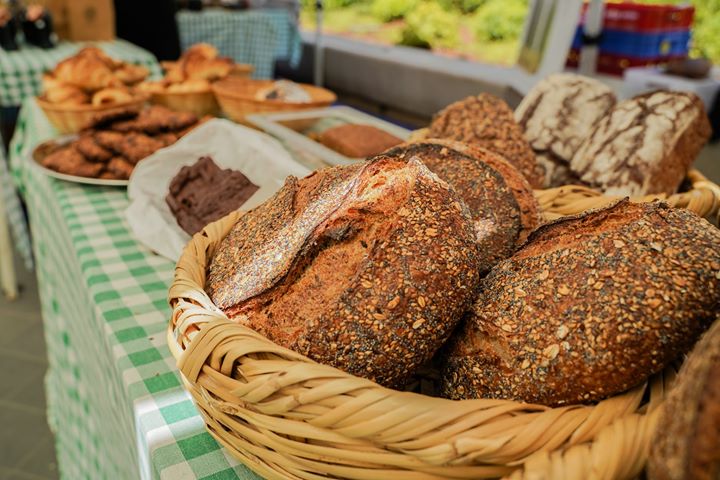 The bakery also helps support farmers and food producers in Lebanon. Tusk encourages the former to grow peasant varieties of wheat, and guarantees the purchase of their harvest.
Its menu features such intriguing items as sourdough croissants and Salamouni country bread made from Lebanese heritage grains.
The company uses bicycles to deliver its products to Beirut residents. “Delivery on bicycles is part of the environmental image and working in a sustainable way. Just like (using) local products and ingredients, delivering on a bicycle reduces our impact on the environment,” British founder Matt Saunders told theregion.org.

Simply Healthy Diets is a customized meal delivery service aimed at helping manage disorders such as diabetes, insulin resistance, hypertension and food allergies, as well as weight problems.
The catering venture creates dishes across a variety of cuisines from scratch each day, offering what De Sarkar calls an enjoyable way to health.
The approach has proved so successful that she is now considering expansion into other Middle East and North Africa (MENA) countries and India.

Historically, lunch has been the main meal of the day in Egypt, but as with other countries in the region, today’s office workers do not have the chance to go home for home-cooked food.
Enter Cairene startup Mumm, which connects thousands of consumers with home cooks across the capital.
“The idea came when we realized that the offering on the market is either affordable junk food or expensive clean food,” founder Waleed Abdelrahman said.
“We thought, ‘How can we provide the third alternative of nutritious food that’s really affordable for everyone?’”
The online marketplace for home-based, entrepreneurial cooks was established in 2015. After two rounds of venture funding, it has recently added a premium monthly subscription plan that lets users order a month’s worth of meals for the price of the ingredients and delivery costs.

Some 795 million people on the planet do not have enough to eat, yet we throw away a staggering $940 billion worth of food each year — about 115 kg each in North America and 197 kg in the UAE.
A Bahraini non-profit is doing its bit to tackle the problem. Conserving Bounties collects surplus food from hotels, restaurants, supermarkets and private events, and distributes it to needy workers and underprivileged families.
With an estimated 400 tons of food wasted in Bahrain every day, the project is now lobbying for a new law criminalizing the disposal of untouched food still fit for consumption.
In October, the non-profit signed a deal with Carrefour supermarkets in an attempt to rationalize food consumption and reduce food waste. “Remember that your excess is someone else’s relief,” CEO Thawra Al-Dhaen said.

Some might say it is helicopter parenting, but when your child needs help sticking to an eating plan, how far is too far?
Health Heroes, a software solution for school canteens allowing parents to check what their child has consumed and its nutritional value, may be just what the doctor ordered.

More than 20 percent of youngsters are classified as obese in the MENA region, so it is no wonder that the app has proven popular since its launch last year.
Already in use at 45 schools across Abu Dhabi, Dubai and Sharjah, it processes 10,000 transactions per day and has registered over 5 million products.

Aspirin does not prevent dementia or slow down cognitive decline

How caloric restriction prevents negative effects of aging in cells