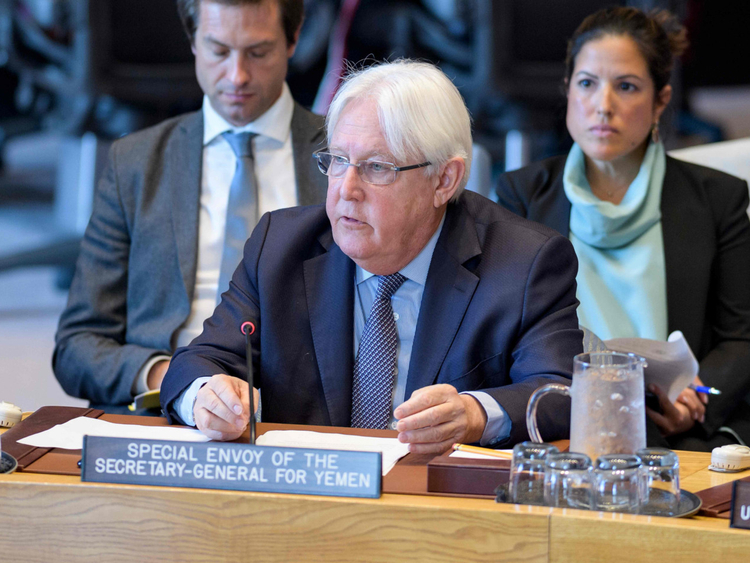 The United Nations special envoy, Martin Griffiths, arrived in Yemen on Thursday 1-23-2020 to discuss halting the military escalation and ways to hold a round of Yemeni political consultations.

A shipping source at Sana'a International Airport said that Griffiths arrived with his assistant, Maeen Shoraim.

As political sources said that the UN envoy will discuss with the leadership of the Houthi group (Ansar Allah) to reduce the military escalation between the Yemeni parties and maintain the calm.

Griffiths would discuss with the Houthis an arrangement for a new, unconditional round of negotiations to discuss arrangements for a political solution to the crisis in Yemen.", according to the sources.

They noted that the meetings will touch on the level of implementation of the Stockholm Agreement for the city of Hodeidah in western Yemen, and the activation of the ceasefire monitoring committees.

Griffiths is seeking to resume consultations on the comprehensive framework for a political solution in the country, which has been experiencing a bloody power struggle for the fifth year in a row between the internationally recognized Yemeni government and the Houthi group (Ansar Allah).