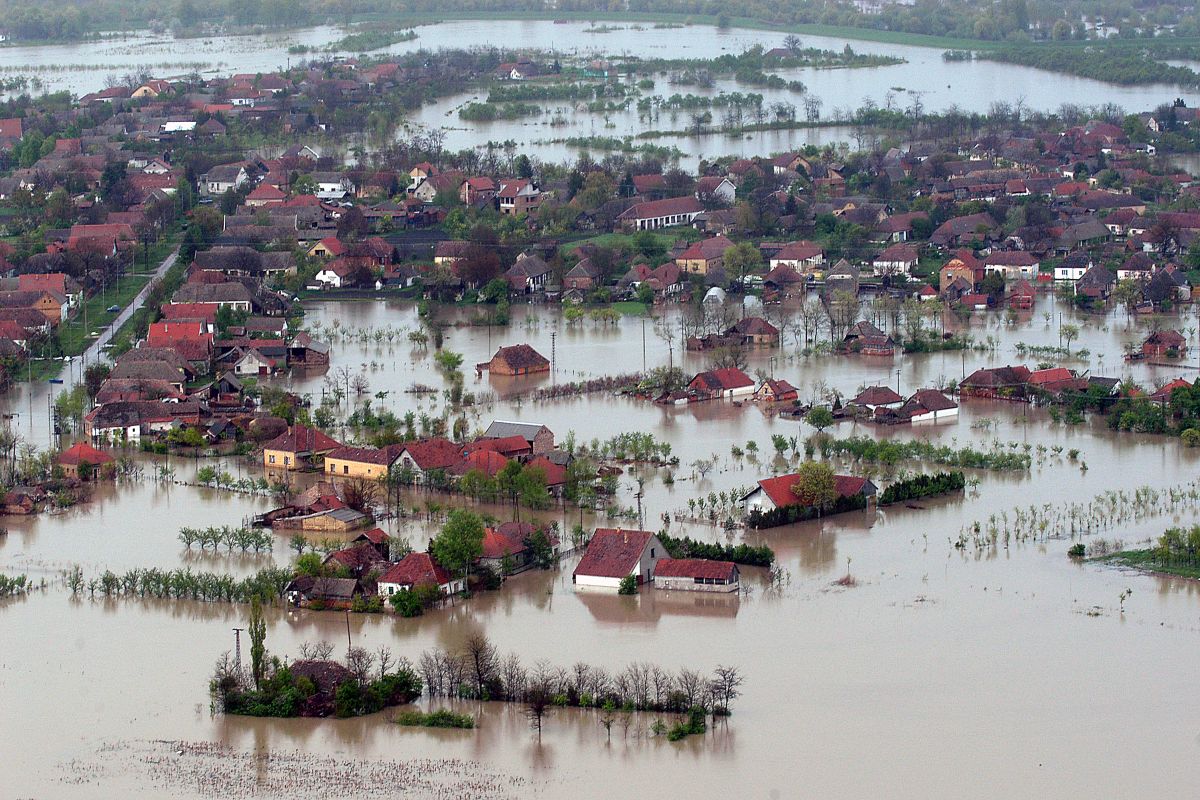 Indonesia has launched an emergency cloud-seeding operation to try and divert rain from the capital Jakarta where floods have claimed 53 lives and forced more than 200,000 people to flee their homes.
Two air force planes were deployed to inject sodium chloride over clouds in a bid to induce and break up rainfall before it reached the sodden greater Jakarta area.
A storm on New Year’s Day left many parts of the city and its surrounding districts underwater, leading to a number of deadly landslides.
Although the deluge has started to recede, vast areas remain saturated with water and more rain is forecast. 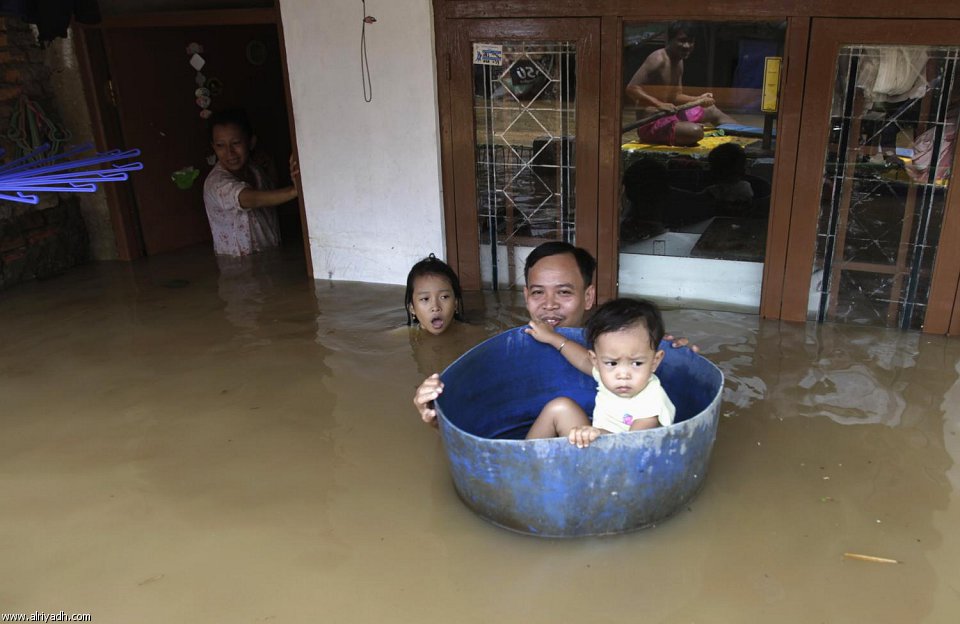 Authorities took the decision to use the chemical technique in an effort to alter precipitation and stop further heavy cloudbursts in the metropolitan area.
Hammam Riza, head of the Indonesian Agency for the Assessment and Application of Technology (BPPT), said: “We have applied this technology to reduce the intense precipitation over the greater Jakarta area and curtail the risk of widespread inundation.”
Almost half of Jakarta is positioned below sea level and it is listed as one of the world’s fastest-sinking cities due to land subsidence and groundwater extraction. Successive governors have made pledges to fix the flooding problem but so far with little success. 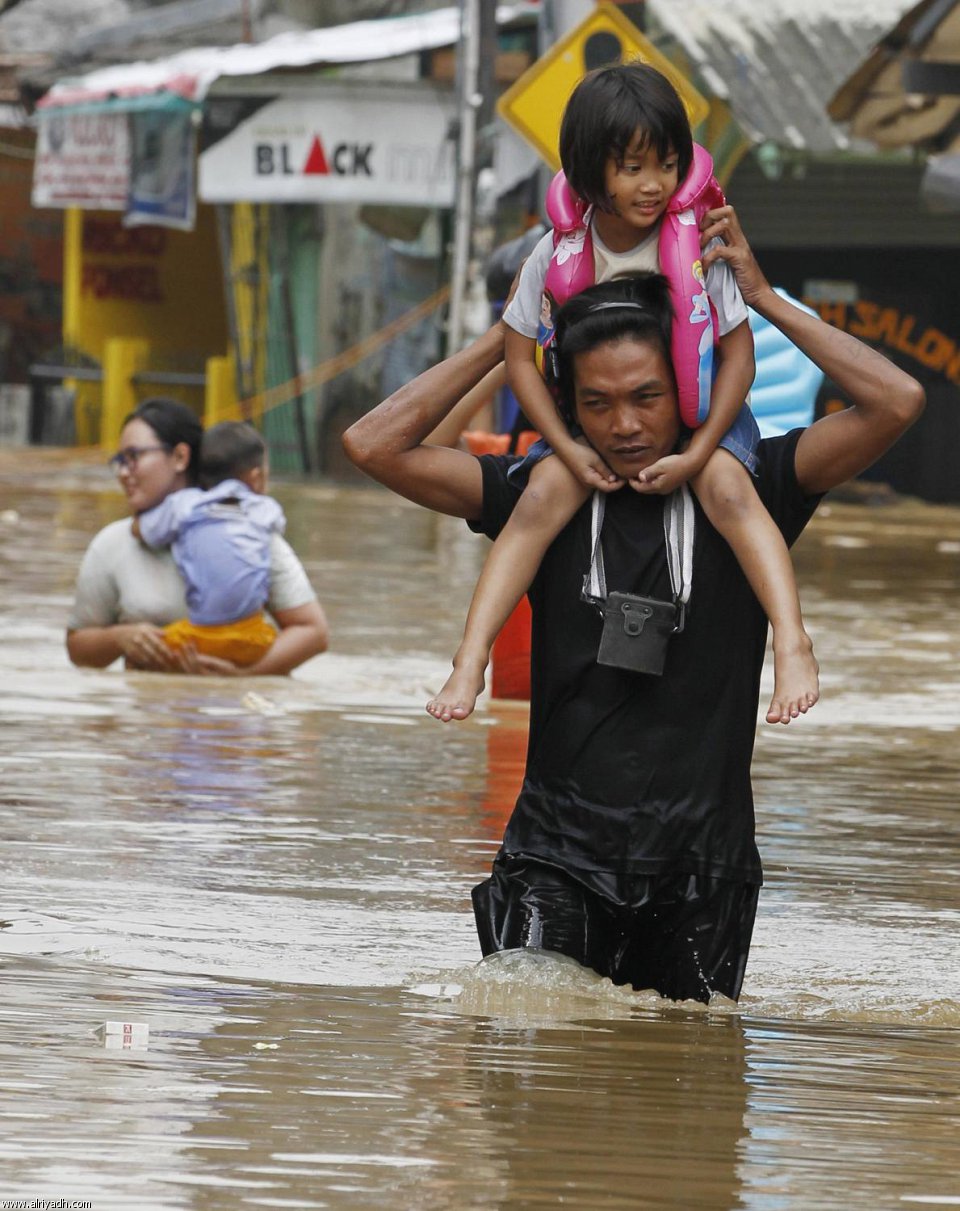 The country’s Meteorology, Climatology and Geophysics Agency (BMKG) has predicted more extreme weather and heavy rainfall until Jan. 10 for Java, which is Indonesia’s most populated island and where Jakarta is located.
BMKG chairwoman, Dwikorita Karnawati, said: “Climate change has altered the weather cycle a lot and shortened the extreme weather cycle from once in every decade, to once every five years, and now it is every two years.”
In March 2014, Indonesia’s current President Joko Widodo, who was then the governor of Jakarta, said it would be easier for him to resolve the capital’s flooding and traffic problems if he became president because he would be able to coordinate cooperation between regional heads.

However, now in his second and final term in office, Widodo has announced that his administration intends to move the capital to a location in East Kalimantan province by 2024, partly due to the ongoing situation with flooding and traffic jams.
Head of the National Agency for Disaster Management (BNPB), Doni Monardo, said the cloud-seeding operation was expected to reduce rainfall by 20 percent.
The agency’s spokesman, Agus Wibowo, added: “There are up to 409,000 people affected by the floods and landslides in the greater Jakarta area. The vast majority of them (150,000) are in the city of Bekasi. It is also the hardest-hit area, where floods have reached up to six meters high.” 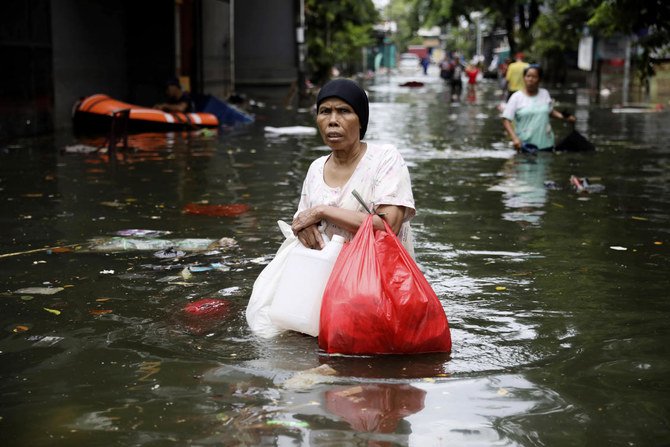 Wibowo said the majority of casualties were in Bogor, West Java, while the highest number of neighborhoods affected by the floods had been 85 in the Bekasi region of West Java on the eastern outskirts of Jakarta.
Head of the BMKG’s meteorology center, Fachri Radjab, said the New Year’s Day floods had been caused by an intense rainstorm that began on the afternoon of Dec. 31 and continued for at least 18 hours. In the Halim area of East Jakarta, 377 millimeters of rainfall was recorded causing an international airport to be closed due to its runway being awash with water.
The heavy rain resulted in rivers and canals overflowing, and the problem was made worse by clogged sewers. Many homes were left submerged and flash floods swept away vehicles.