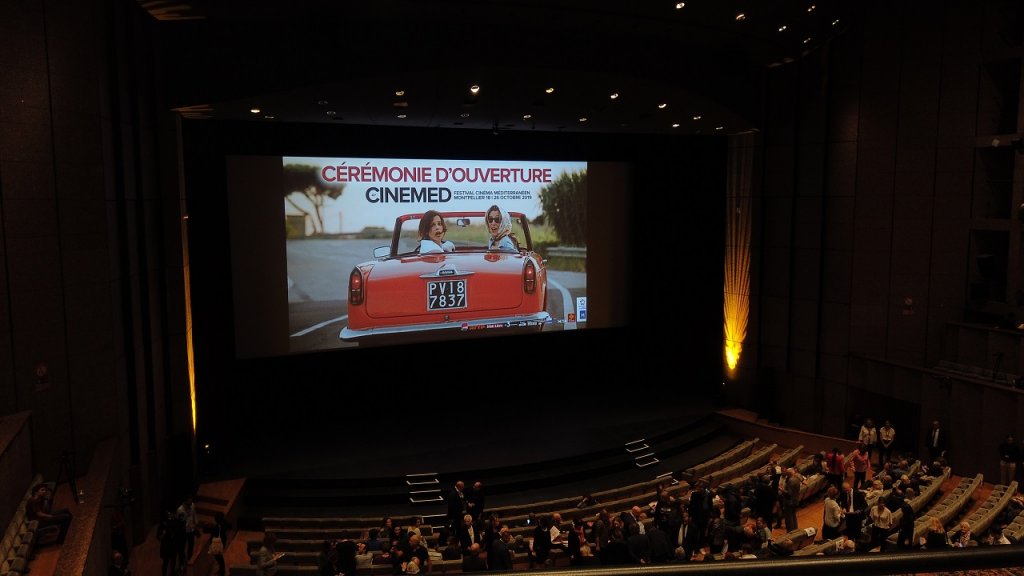 It was the clear winner at the Berlin ceremony, picking up a total of eight awards, including Best Film and Best Director for Yorgos Lanthimos.

Its Oscar-winning star Olivia Colman was unable to attend because of filming commitments, but co-producer Andrew Lowe addressed the audience on behalf of the crew.

Lowe paid a heartfelt tribute to the director, who beat some of cinema’s great masters to scoop the award.

"I'd like to say a special thank you to Yorgos Lanthimos, our friend and leader on this great and epic voyage we have all shared,” Lowe told the Berlin crowd. “It's been a great honour for us tonight to be included among so many great nominees in this show."
Antonio Banderas won the Best European Actor Prize for his magnificent interpretation of Pedro Almodóvar's alter ego in his latest film, Pain and Glory.

He too wasn’t able to attend but addressed the ceremony live from his hometown, Malaga, where he’s playing in a musical.

Ladj Ly was the winner of the 2019 Best Discovery, awarded by international critics for his film Les Misérables.

A film of great intensity, it was shot entirely in the Paris suburbs where the director grew up.

Ly told Euronews: "Before the film was released, we worried a lot about the press reaction, we thought we might get attacked, shot, but finally the press is unanimous, so we're super proud."

e will represent France in the race for the Oscar for Best Foreign Film.

Animation is no longer a neglected category of European cinema. And it was the Spanish director Sebastian Simó who won the prize for the best animated film for Buñuel and the Labyrinth of the Turtles.

Alternating between animation and images shot by Buñuel, the film is based on the true story of the filmmaker who shot a documentary in remote areas of Spain in the early 1930s.

Simó told Euronews he was honoured to receive the award.

"This was my first film, and I think I was trying to find my own path, my own language, and I was making a movie about Luis Buñuel trying to find his own way.”

One of the highlights of the evening was a tribute by the President of the European Film Academy, Wim Wenders, to his fellow countryman Werner Herzog.
He broke into song while presenting him with a Lifetime Achievement Award, serenading his friend with the words “nothing compares to you”.

Juliette Binoche was also rewarded for her career and contribution to world cinema.

"To be a healthy society, we need artists, we need new visions, we need to hear new things, and being challenged at the same time."

Reykjavik in Iceland will host the ceremony in 2020, expanding the horizon of European cinema even further.