A 24-year-old Saudi Arabian entrepreneur has created a smart pill dispenser to help save lives amid an ongoing opioid crisis that has hit hard the US and various countries over the past 10 years.

Yossuf Albanawi worked part-time at a rehab center, while a student at Wake Forest University in the US, where he was exposed to the opioid epidemic.

“I noticed that so many of the people who were there getting treated for addiction had an opioid issue,” Albanawi said in an interview with Al Arabiya English.

Seeing addictions first-hand, as well as being aware of such a high yearly number of drug-related deaths, Albanawi designed “Pilleve,” an innovative device to aid in stalling these growing numbers.

Pilleve is designed to prevent unauthorized usage of pills by tracking opioid use in real time and reporting the data back to physicians by automatically integrating the information into the patient’s electronic health record. This helps identify if the patient is misusing the prescription drugs. If they are, their physician can intervene before it becomes an issue.

Doctors can prescribe the dispenser with medication. The device is secured with various authentication options - the user can use biometrics like a face ID, a fingerprint or a code to access the phone app used to dispense the medication. 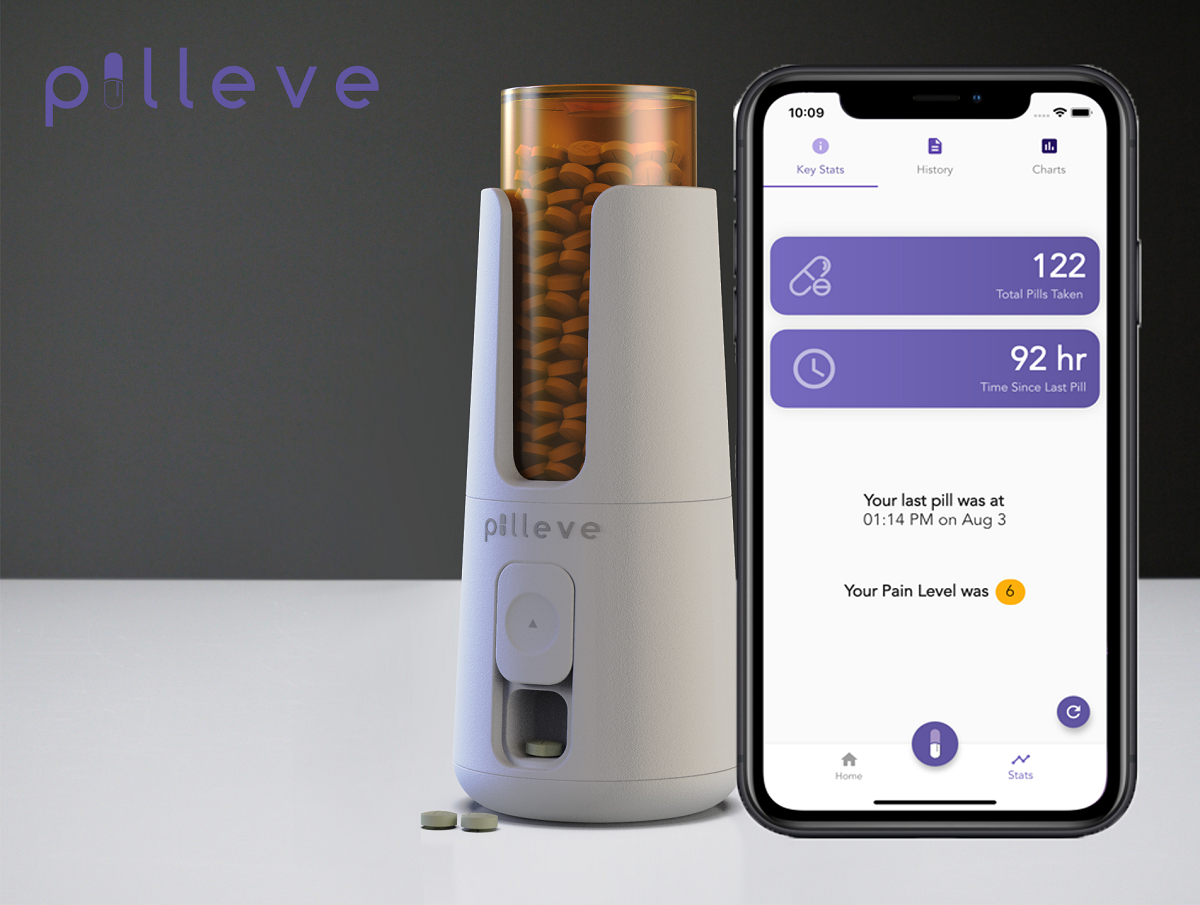 Data, including number of times dispensed and pain level recorded by the patient, is tracked every time a pill is dispensed.

Albanawi says being able to track early signs of addiction not only saves lives, but also saves money in healthcare in the long run.

The estimated cost of healthcare related to opioid addiction, including prescribed opioids, was $60.4 billion in 2018, according to the Society of Actuaries.

“[By tracking early signs of addiction] we can save a lot of the healthcare dollars,” he says. “More importantly, we can save lives.”

More than 700,000 people in the US died from a drug overdose between 1999 and 2017, according to the American Centers for Disease Control and Prevention (CDC).

Opioids have been involved in almost 68 percent of overdose deaths in the US, making opioids the main driver of drug overdose-related deaths.