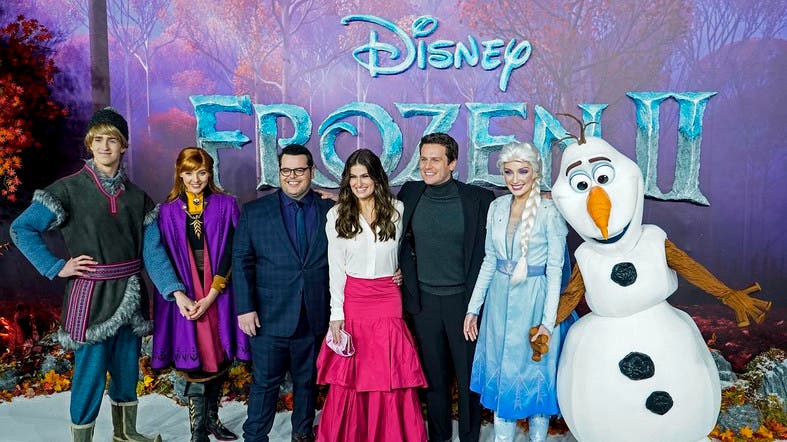 The animated musical, which has Queen Elsa (voiced by Idina Menzel) and the gang traveling to an enchanted forest, took in an estimated $34.7 million for the Friday-through-Sunday period, boosting its domestic total to $337 million and its global take to $920 million.

That lifted Disney’s global ticket sales for 2019 past a record $10 billion, according to Hollywood Reporter.

In second again was Lionsgate’s murder mystery “Knives Out,” at $14.2 million for the weekend. The film stars Daniel Craig – a detective with a droll, over-the-top Southern accent -- Jamie Lee Curtis and Chris Evans in an Agatha Christie-worthy tale that critics have called “deliciously entertaining.”

In third was Fox’s “Ford v. Ferrari,” at $6.5 million. The film, based on a true story, tells how a team at Ford built a car to challenge Ferrari’s dominance of France’s classic 24-hour Le Mans race. Matt Damon and Christian Bale star.

Universal’s “Queen & Slim” placed fourth, taking $6.5 million. Daniel Kaluuya of “Get Out” fame and Jodie Turner-Smith, a British-born model and actor, play an African-American couple whose terrible first date turns even worse when they have a disastrous encounter with a racist cop.

And in fifth was Sony’s “A Beautiful Day in the Neighborhood,” taking in $5.2 million. The drama recounts the true story of how a cynical and distrusting journalist is befriended by beloved TV star Fred Rogers, played by Tom Hanks.

Coronavirus: Are loss of smell and taste key symptoms?