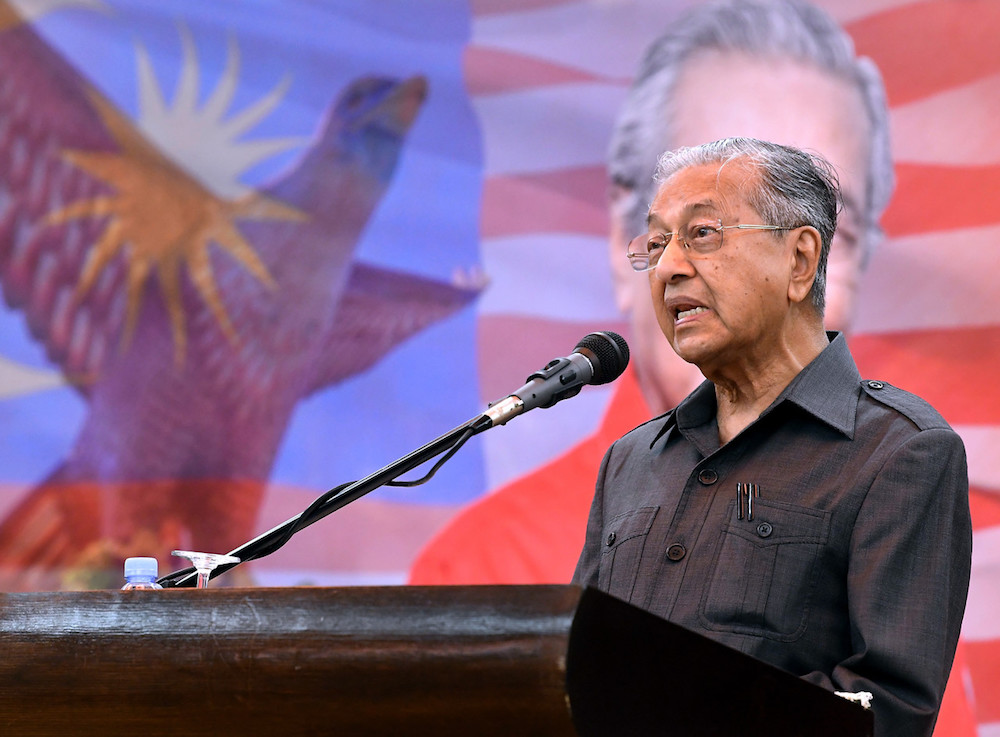 LANGKAWI, Dec 8 — Prime Minister Tun Dr Mahathir Mohamad said he was not aware of any discussions on a third-party acquisition of FGV Holdings Bhd (FGV) stakes as alleged by a Pakatan Harapan leader today.

He said if at all discussions took place, it would have involved Felda and the alleged party, namely businessman Tan Sri Syed Mokhtar Al-Bukhary and does not involve the government.

“If there was a discussion, probably it was between Felda and Syed Mokhtar. It is Felda’s job not mine,” he told reporters after officiating the opening of Jakel’s new branch here, today.

He was asked to comment on the allegation by Amanah central committee member Datuk Mazlan Aliman who raised the issue while delivering a winding-up speech at the 2019 Amanah National Convention in Shah Alam, today.

Asked further on the allegation, Dr Mahathir said he was also unsure if Felda really intended to sell part of its stakes in FGV (formerly Felda Global Ventures Holdings), but would not object should it benefit Felda and the government.

“If just giving, I’ll oppose, but if selling a lot of money will be made for the government. The government wants money. What we can sell, we sell. As long as we don’t sell Malaysia.

“I don’t know if Felda wants to sell or not. But when it comes to selling government property, we have always been doing it. The thing is, we have a lot of land which we are unable to develop, so if people want to buy, want to develop, I guess it is ok,” he said.

Commenting further, the prime minister said it was common practice in the world of business for any company to be sold to another party in the event of a loss.

“FGV has incurred exceptionally high losses, usually if a company incurs losses its closes down or sells to another company,” he said.

When it was established the FGV shares were priced at more than RM4 but now it is only at more than RM1, thereby causing huge losses to Felda settlers who had taken bank loans to buy the shares, said the Prime Minister, adding that the government should help them. — Bernama

Coronavirus: Malaysia to allow mass prayers ahead of Eid