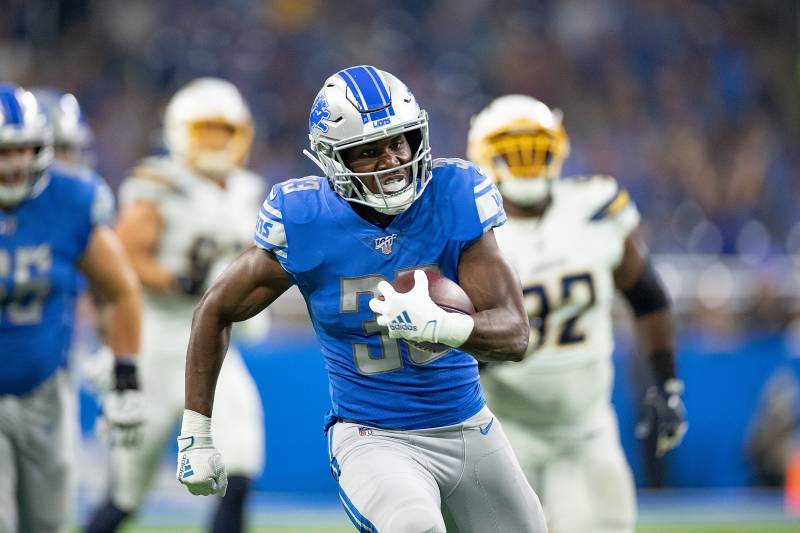 Los Angeles - The Detroit Lions organisation was fined $110,000 on Saturday for how it handled the injury designation of quarterback Matthew Stafford before a November 10 game against the Chicago Bears.
The breakdown of fines included $75,000 as an organisation, $25,000 to coach Matt Patricia and $10,000 to general manager Bob Quinn.
Stafford, who will miss his fifth straight game when the Lions play at the Minnesota Vikings on Sunday, has been out since sustaining a back injury on November 3 against the Oakland Raiders.
He practised throughout the week before the Bears game and announced to reporters he was “good to go,” while trying to keep alive a starting streak of 136 consecutive regular-season games. The streak, which dated to the start of the 2011 season, is the sixth longest in NFL history by a quarterback.
On the injury report, he was officially listed as questionable, which is the most favorable designation for injured players.
The Lions failed to update Stafford’s status to “out” for the Bears game, even after tests two days prior indicated his injury was more serious than first thought. Some of his Lions teammates told media outlets on the Saturday before the game that Stafford would not play, and doctors considered it “unsafe” for him to compete.
While ruled out internally, the Lions still listed Stafford as “questionable” on the injury report.
“If you downgrade a player to out, then you can’t make him active or dressed,” Patricia said about the situation. “That was the only thing I thought that would be more messed up, right? Trying to get a guy to dress after we downgrade him to out. (So we said), ‘OK, let’s take the night, let’s go to bed and let’s wake up (Sunday) and see how we feel, and then make a decision.’
“That was really my biggest concern there, if we downgrade him to out, then I can’t even have him dressed for the game, which I wanted to leave that option open.”
The NFL makes its policy clear, stating, “if, prior to the team’s arrival at the stadium on game day, an event occurs that causes the club to decide that a player will not start or will not play, the club must update its Game Status Report.”