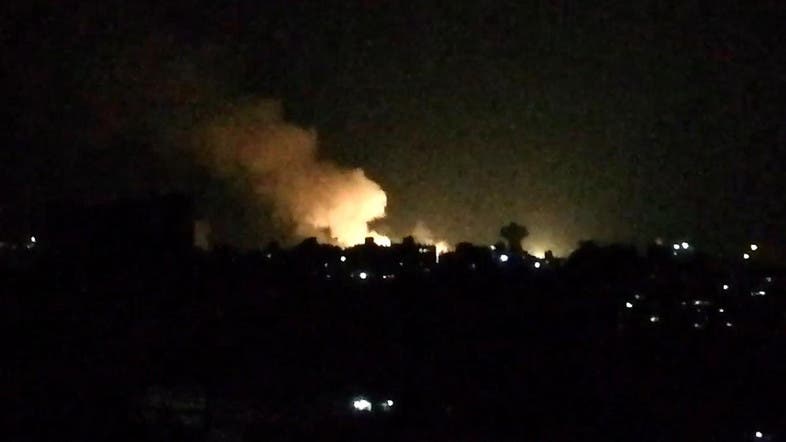 The strikes late Saturday targeted “positions of Iranian forces and allied militias” on the edge of the town of Albukamal, the Syrian Observatory for Human Rights said.

Regime troops, Iranian forces and allied Iran-backed fighters, including from Iraq, are present in the area on the western banks of the Euphrates River, he said.

According to the Observatory, 10 Iraqi fighters were killed in September in airstrikes of unknown origin in the same area.

At the start of that month, airstrikes killed 18 pro-Iran fighters, the monitor reported.

An American official said at the time that Israel was responsible, but the Israeli government declined to comment.

Israel has carried out hundreds of strikes in Syria on what it says are positions of Lebanese Shia movement Hezbollah and Iranian forces, which it has vowed to prevent gaining a foothold in Syrian territory.

But the US-led coalition that has been fighting ISIS has in the past also admitted to carrying out airstrikes against pro-regime fighters.

The coalition is backing Kurdish-led fighters on the eastern shores of the Euphrates.

WHO Says COVID-19 Pandemic is 'One Big Wave', Not Seasonal