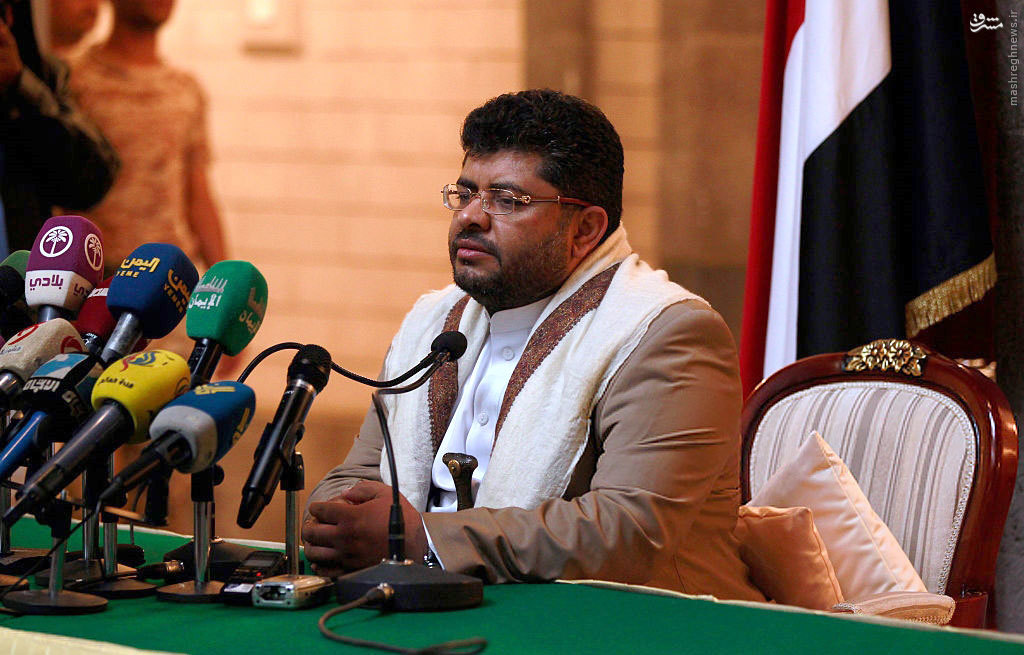 Sana'a (Yemen ) - Baseless are the US claims about the seizure of an Iranian vessel headed for Houthi group with missile parts onboard, member of the Houthi Supreme Political Council said Saturday 12-7-2019.

The Yemeni people has proved that the propaganda conducted for the US weapons is untrue and useless, Mohamed Ali al-Houthi added. "Neither Thad nor other air defenses will benefit Saudi Arabia."

If the Saudi-led coalition "does not allow oil tankers and medicine ships in [Yemen], would they allow a vessel carrying missiles?" he argued at the inauguration of a medical compound in Sana'a.

The Houthi official vowed to "pain Saudi Arabia and United Arab Emirates with missile force and drones unless war is not stopped and blockade is not lifted."

On Thursday, the US State Department displayed photos of Iranian-made missile parts seized by the US Navy in the Arabian Sea and believed to be en route to the Houthi group in Yemen.

The capture included components of "anti-ship cruise missiles, land-attack cruise missiles, air defense missiles and anti-tank missiles," the US envoy to Iran, Brian Hook said, noting that these parts are the most sophisticated weapons seized by US Navy during Yemen's conflict.

On Wednesday, US officials said the USS Forrest Sherman stopped a wooden boat, before US Navy personnel boarded the ship and discovered the missile parts and Iran's links to the weapons.