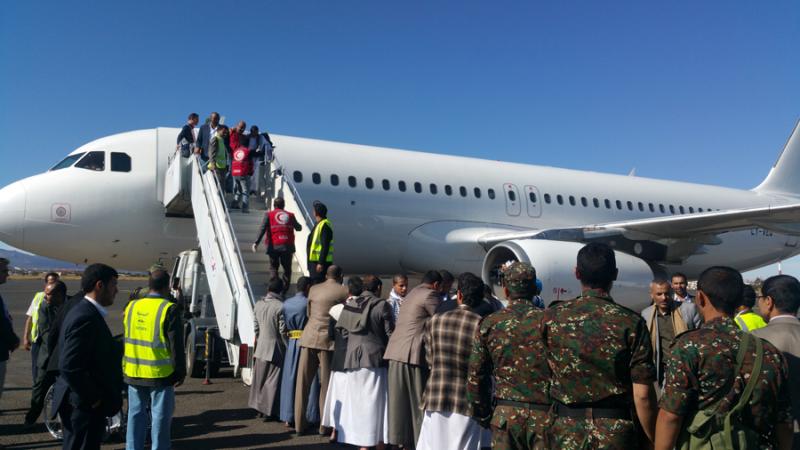 SANAA – A group of Houthi prisoners released by Saudi Arabia arrived in the Yemeni capital Sanaa on Thursday 11-28-2019, Reuters witnesses said, in a step that may encourage efforts to end a nearly five-year war in the country.

The detainees are from the Iran-aligned movement that a Saudi-led military coalition has been fighting since March 2015, after the Houthis ousted the internationally recognised government in Sanaa.

The International Committee of the Red Cross (ICRC), which transported the detainees from Saudi Arabia to Yemen, said 128 people were being repatriated. On Tuesday, the coalition said it had released 200 prisoners. The reason for the difference in numbers was not immediately clear.

“The ICRC sees the release as a positive step and hopes that it will spur further releases and repatriations of conflict-related detainees,” the aid agency said in a statement. It said it had acted as a neutral intermediary and was not involved in any of the talks that preceded the release.

Riyadh has been holding informal talks with the Houthis since late September about a ceasefire, sources have said, as it seeks to exit the war after.

The United Nations is trying to restart political negotiations to end the war, which has killed tens of thousands of people and pushed millions to the brink of famine.