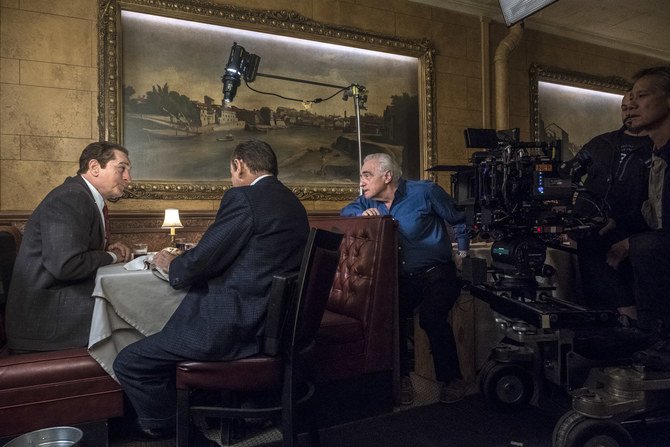 LOS ANGELES:WILLIAM MULLALLY - It took decades for the two to appear on screen together, but the lives of Robert De Niro and Al Pacino — widely recognized as two of the finest screen actors of all time — have always been intertwined.

“We’ve known each other so long,” Pacino tells Arab News. “In the 1960s we met, so throughout the years we’ve known of each other, seen each other, came up at the same time, and a lot of the things that happened to us in our lives, professionally, were very similar.”
While the two actors’ respective career ascendancies happened in parallel, it wasn’t only fans who made the connection. As time went on, De Niro found himself looking at Pacino’s career, and vice-versa. Soon, they started turning to each other as friends. 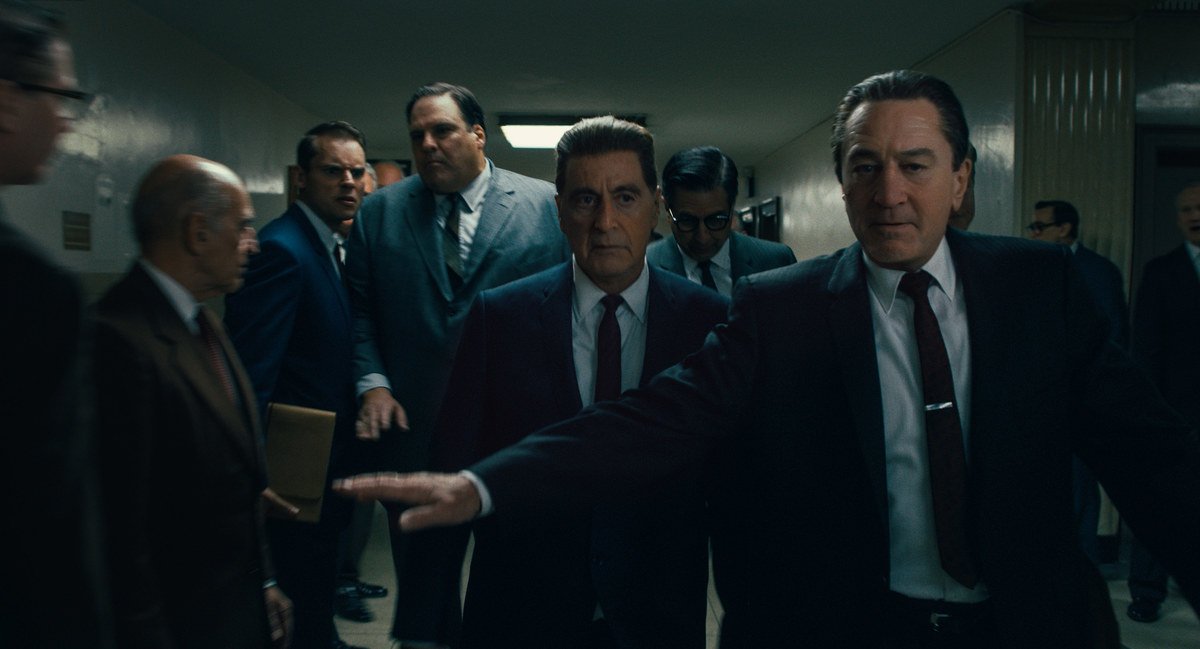 “We found that we would occasionally reach out to each other, and see each other, and communicated a lot, and it was interesting to be going through similar stuff. There was real change in our lives. Thing started happening. There was camaraderie brought on by that,” says Pacino.

Though the two both appeared in “The Godfather Part II” in 1974, they didn’t share a scene onscreen until Michael Mann brought them together as adversaries in the modern crime classic “Heat” in 1995. Now, in Martin Scorsese’s “The Irishman,” releasing on Netflix November 27, the two are again united, playing the closest of friends, in a gangster epic spanning decades.

The book, “I Hear You Paint Houses” by Charles Brandt, contains the confessions of a mafia hitman named Frank “The Irishman” Sheeran, who admitted to killing his best friend, the famed labor leader Jimmy Hoffa, who disappeared in 1975. In the film, De Niro plays Sheeran, while Pacino plays Hoffa.
It’s the ninth time De Niro has acted in a Scorsese movie, but Pacino’s first. Both men credit the director for allowing them to push their talent farther than they have in years. 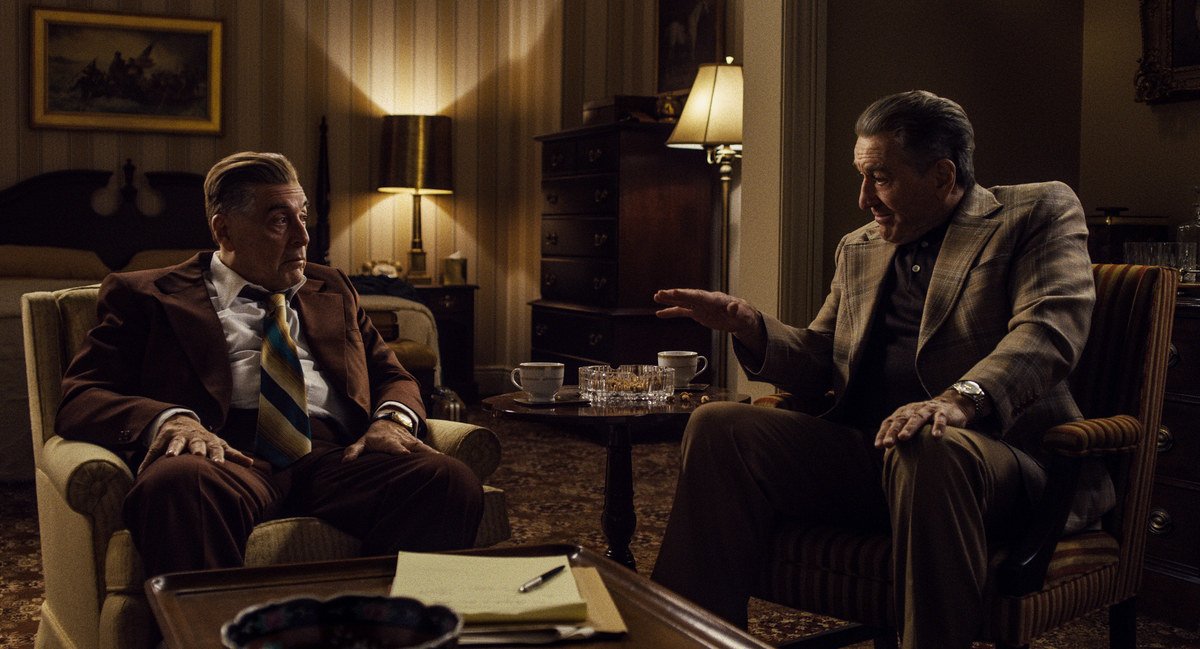 “In working with Marty, I use the comparison of a tightrope walker. But with Marty, he’s the net. You’re up there, and you can take chances and do what you want to do, but you’re covered. That happens to you a lot with great directors — they bring that out, and you know you’re in a situation where you’re dealing with their sensibilities and you know that you’re going to be taken care of. In acting, it’s not restrained. You’re allowing things to come out, and with a director like Marty, it just feels easier to get to. You feel more confident in getting to it and going for it,” says Pacino.

Over the decades of their friendship, the two have affected each other’s crafts as well.

“Al put me on to a thing that he would tell people. He would say ‘Why don’t we have a reading of the script?’ Whatever it was. We had a table read, where you sit around, a bunch of actors, some are in it, most aren’t, and they agree to do it anyway. He got me started on that, and I’ve done that for years. Anything that I’m considering, ‘Oh let’s have a table read,’ and lift it on the page a bit. That’s something that I’ve done for 20-to-25 years,” says De Niro. 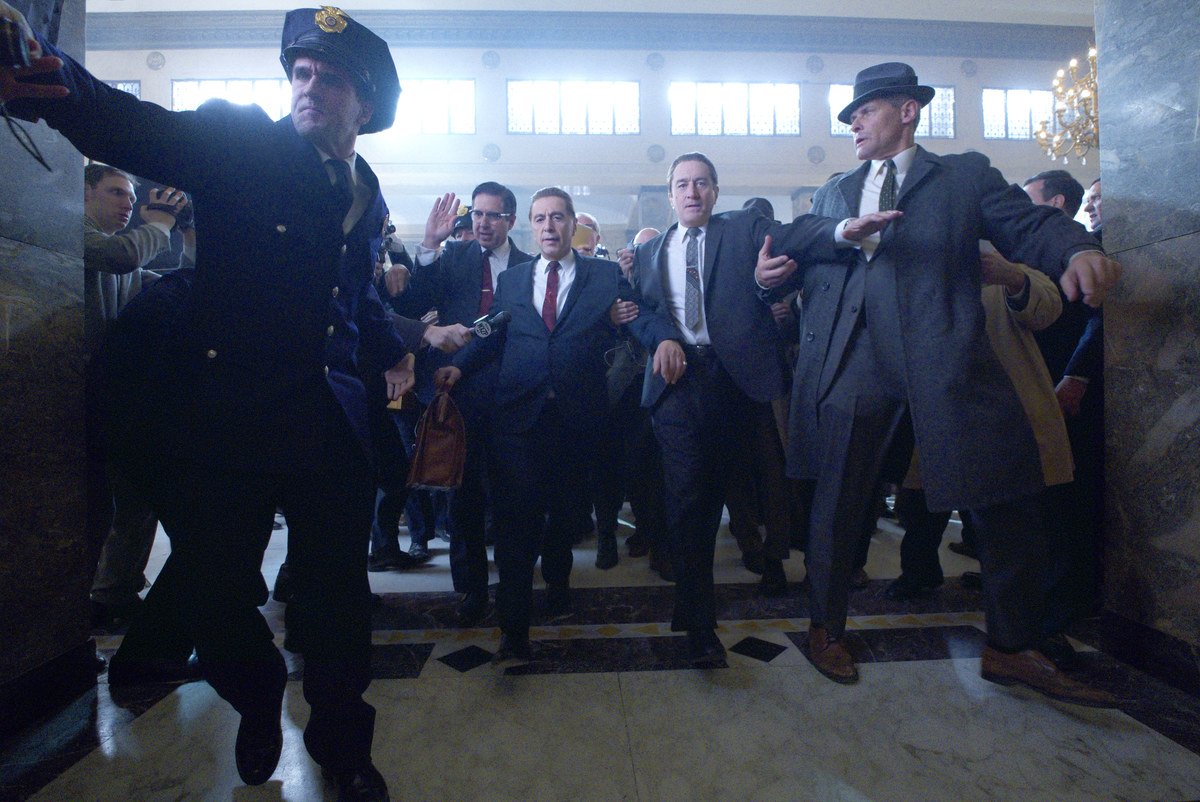 “In ‘Heat,’ I was getting ready to rehearse with him, and Bob had said, ‘Let’s not rehearse. When we meet, we’ll do it.’ And it turned out to be… I’m glad that happened,” says Pacino.

Even now, with De Niro at 75 and Pacino at 79, they are still watching each other work, and inspired by their respective approaches to the artform.

“They thought I was listening to music!” says Pacino.

“I thought, that’s very smart, that’s a good way to do it that I had not thought of doing. He had a lot of material to do it. That was a good idea,” says De Niro.