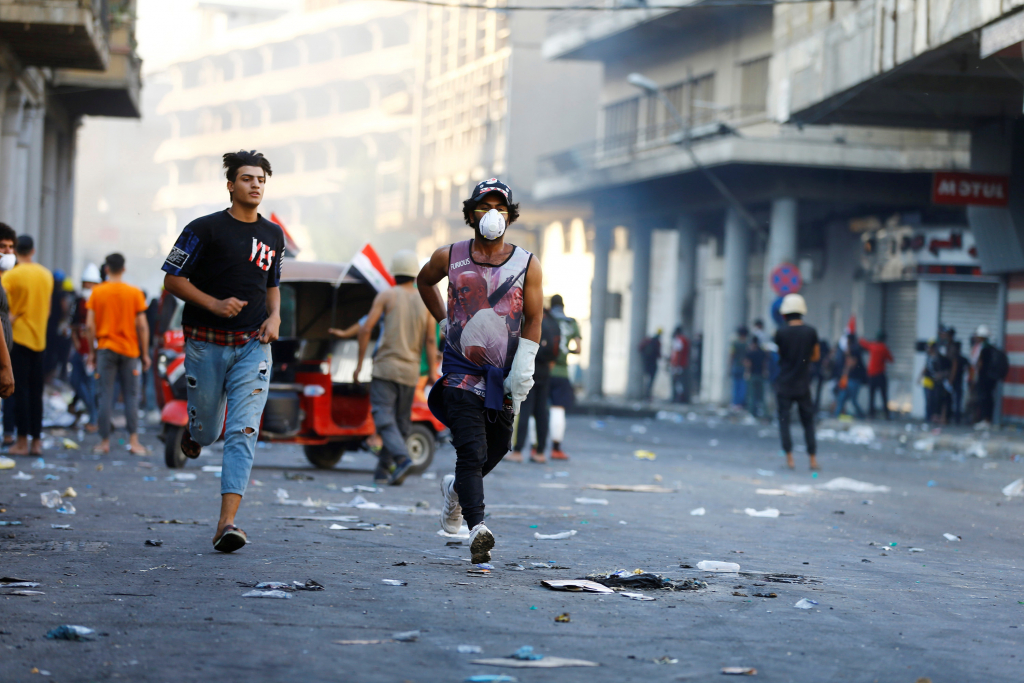 BAGHDAD - Reports Monday on a trove of leaked Iranian intelligence documents drove home the depth of its influence in Iraq, where anti-government protesters have accused Tehran of meddling and overreach.

The New York Times and online publication The Intercept reported that the hundreds of documents from Iran's Ministry of Intelligence and Security painted a rich picture of Iran's clout in Iraq.

Among the revelations, they said, was how Iran had recruited former CIA informants after the United States pulled out its troops in 2011, leaving the assets "jobless and destitute" and ready to share their knowledge.

And in one meeting between military intelligence officers from both countries, the Iraqi side had reportedly signalled to Iran: "All of the Iraqi Army's intelligence -- consider it yours."

Iraq has had close but complex ties with its large eastern neighbour, whose sway among Iraqi political and military actors grew vastly after the US-led invasion of 2003.

The new reports served to confirm the sentiment of protesters across Baghdad and the Shiite-majority south who oppose the current government and its backers in Iran.

"Iran is intervening in our country," one demonstrator said. "But we, the people, are the decision makers." 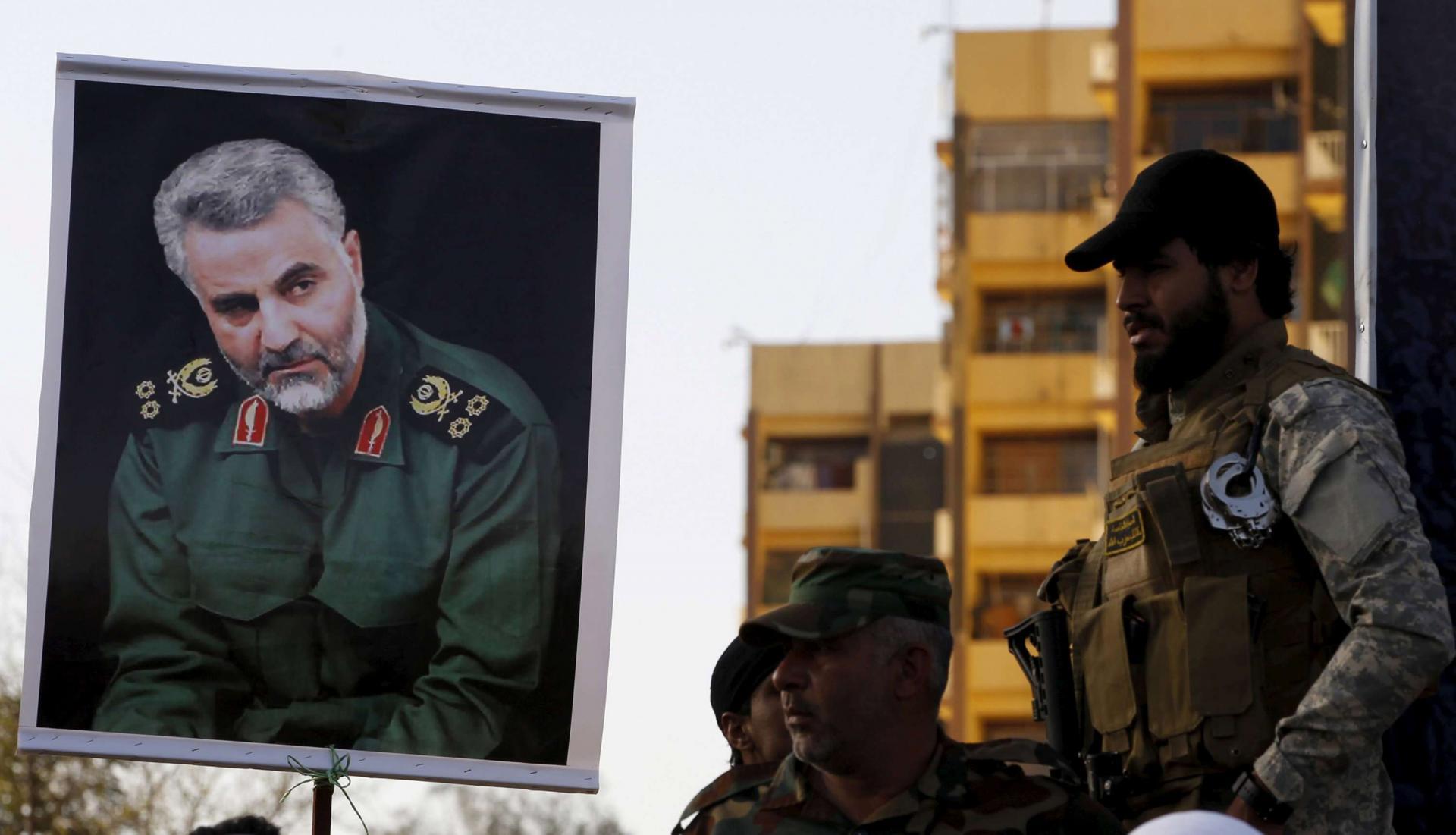 The demonstrator, a veiled Iraqi woman in her sixties, also greeted the fact that Iran had been hit by its own wave of protests since Friday, triggered by a sharp rise in petrol prices.

"The spark that started in Iraq has reached Iran," she said.

The New York Times and The Intercept said they had verified around 700 pages of reports written mainly in 2014 and 2015, received from an anonymous source.

The source had said they wanted to "let the world know what Iran is doing in my country Iraq".

The media outlets said the leaked documents "offer a detailed portrait of just how aggressively Tehran has worked to embed itself into Iraqi affairs, and of the unique role of General (Qasem) Soleimani".

Soleimani, the head of the Iranian Revolutionary Guard Corps' elite Quds Force, is Tehran's point man on Iraq and travels there frequently during times of political turmoil.

As Iraq faces its largest and deadliest protests in decades, Soleimani has chaired meetings in Iraq in recent weeks.

As a result of those talks, sources have said Iraq's rival political parties have agreed to close rank around their embattled prime minister.

In one of the Iranian leaks, Adel Abdel Mahdi is described as having had a "special relationship" with Tehran when he was Iraq's oil minister in 2014.

The prime minister's office said it had "no comment" for the time being on the report. 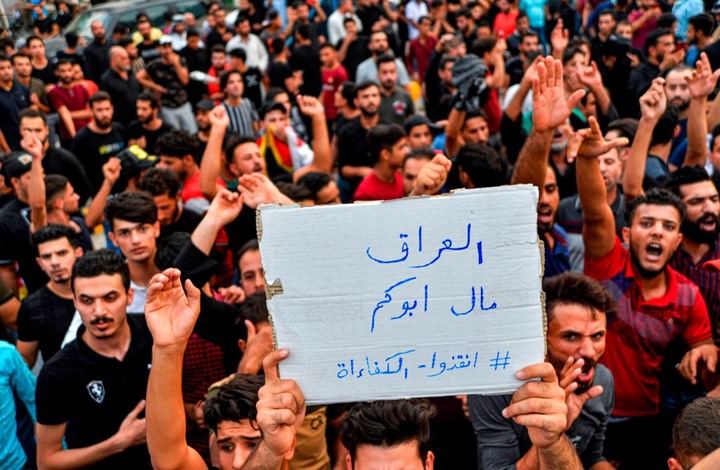 Iran and Iraq fought a devastating war from 1980 to 1988 and were ferocious foes under dictator Saddam Hussein.

Many Iraqi dissidents under the Saddam regime sheltered in Iran but returned to political life in Baghdad following the brutal ruler's ouster in 2003.

Iran has therefore enjoyed close ties with the new generation of Iraqi politicians and has helped train military actors including in the Hashed al-Shaabi paramilitary network.

It is also a major trading partner, selling crucial electricity and natural gas to supplement Iraq's gutted power sector as well as goods ranging from fruit to carpets and cars.

Iran has used wide-ranging intelligence operations to maintain that deep influence, the NYT and The Intercept reported.

Its major goals were to "keep Iraq from falling apart and prevent the emergence of an independent Kurdistan, among other strategic aims".

The "greater focus," the NYT report said, was "on maintaining Iraq as a client state of Iran and making sure that political factions loyal to Tehran remain in power".

Iran's outsized influence has come under fire from protesters who accuse it of propping up a corrupt and inefficient system they want to bring down. 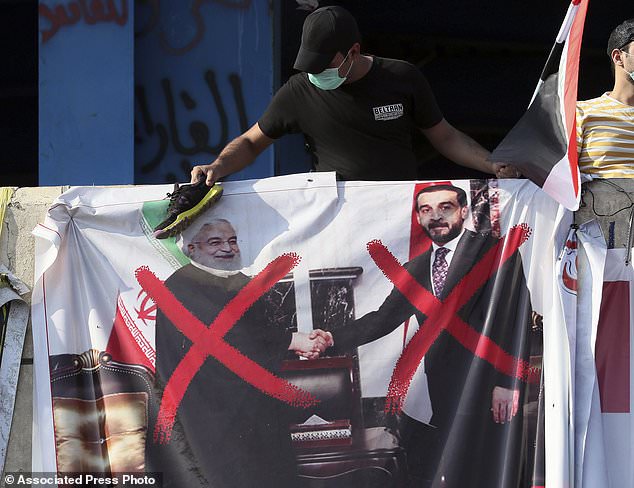 In Baghdad, crowds again swelled in Tahrir (Liberation) Square, and on the nearby Al-Sinek and Al-Ahrar (Free Men) bridges, said a correspondent.

Security forces set up cement barriers around the central bank building, several kilometres (miles) away, to protect it from attacks, said a police source.

Across Tahrir, demonstrators expressed solidarity with what they saw as a new sister protest movement in Iran.

"Today, the Iranian people are just like the Iraqis," 55-year-old protester Abdulhadi said.

"Both are demanding their stolen rights and (mobilising) against the rule of our neighbour and against corrupt leaders."