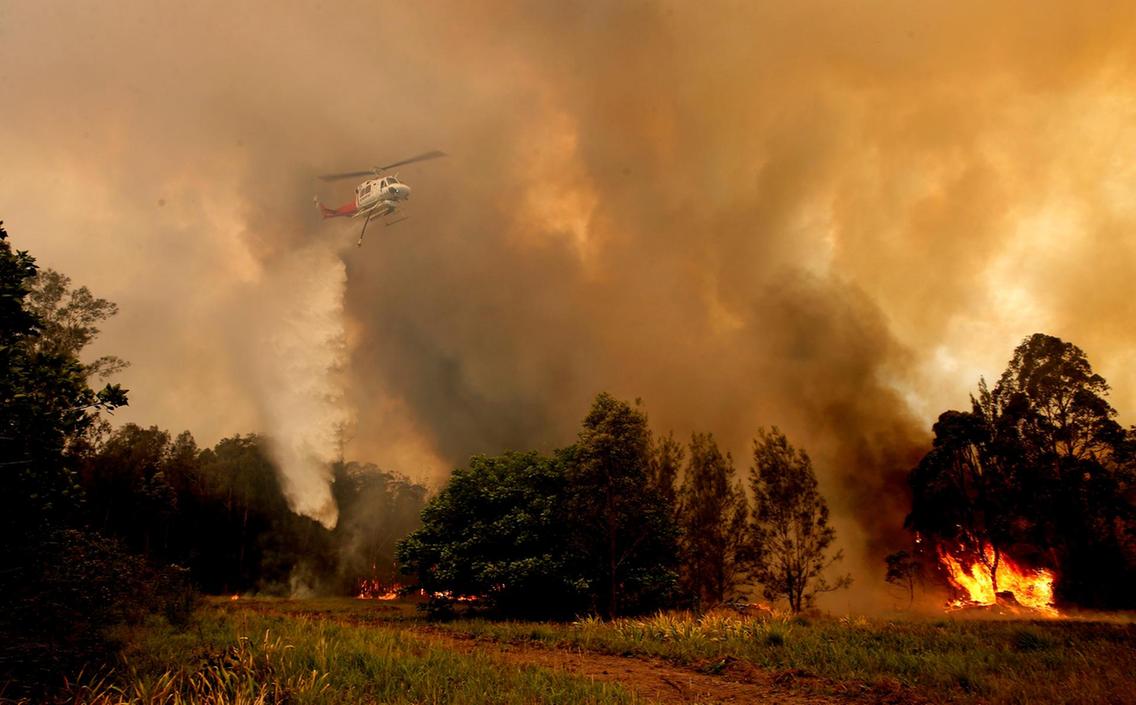 Firefighters in Australia have given warnings of a “catastrophic” blaze for the Greater Sydney area on Tuesday 12-11-2019, with weather conditions set to worsen.

A state-wide fire ban was put in place for all of New South Wales, Australia’s most populated state, for Monday and Tuesday. Schools in high-risk areas will be closed.
Catastrophic is the highest warning level and the first time it has been declared in Sydney since new fire danger ratings were introduced in 2009.

“Homes are not designed to withstand a fire under these conditions," the New South Wales Rural Fire Service said.

"If a fire starts and takes hold during Catastrophic fire danger conditions, lives and homes will be at risk.
High temperatures, strong winds and low humidity have been blamed for the increased danger.
“Large areas of the state are also forecast to experience Severe and Extreme fire danger," the service said.

"This includes in the north coast and northern NSW areas, where there is a large number of fires already burning.

"These fires will not be contained in time and will threaten lives and properties."

At 6am local time, the fire service warned that 64 bush and grassfires continued to burn across the state, with 40 still not contained.

“Many of these fires won't be contained ahead of tomorrow's dangerous fire weather,” it said on Sunday.

At least three people have died and many more are injured. Prime Minister Scott Morrison, who has suggested the military could be called in to help, described the blazes as “simply terrifying”.