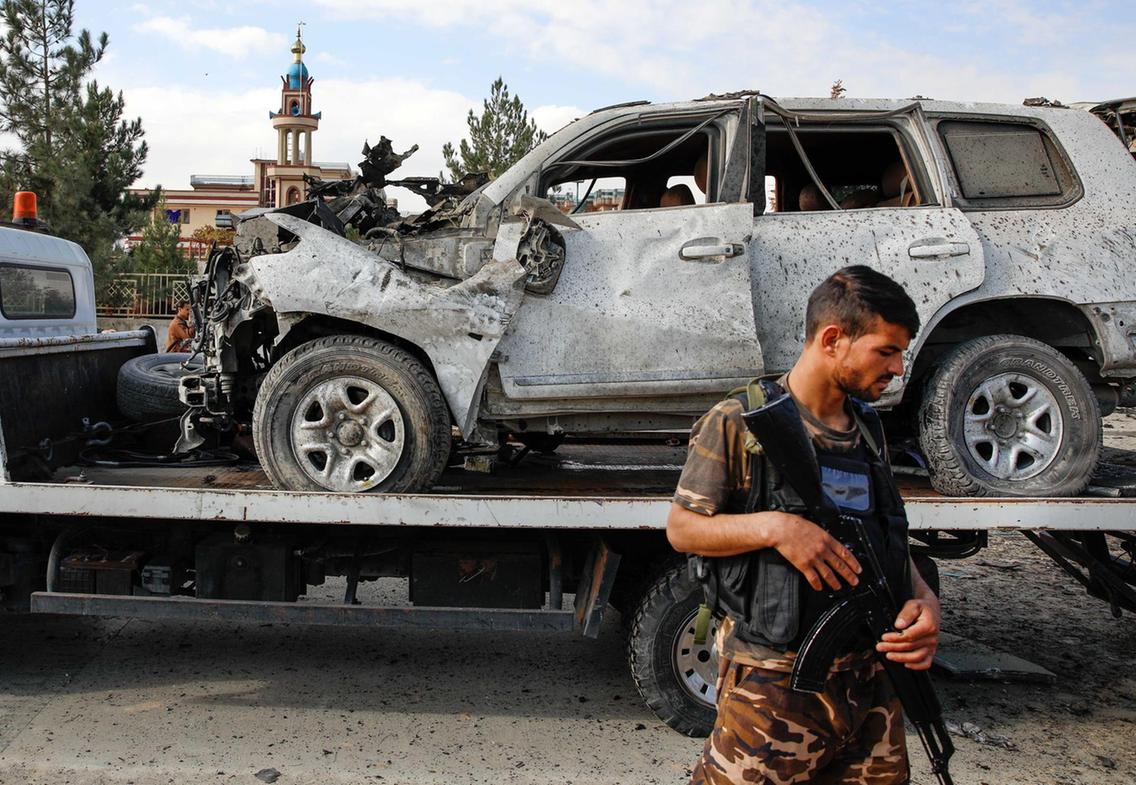 At least seven people were killed and seven wounded 11-13-2019 when a car bomb was detonated during Kabul's busy morning rush hour on Wednesday, an Interior Ministry spokesman said.

The spokesman, Nasrat Rahimi, said the bomb had gone off in a neighbourhood which is near the ministry and north of Kabul airport.

He said the dead were all civilians. "This is the initial information, more details later," he added.

A source at the Interior Ministry said the blast was carried out by a suicide bomber in a car, and that a convoy of government vehicles on a main road was the target.

There was no immediate claim of responsibility. Both the Taliban and the ISIS are active in Kabul, which is one of the deadliest places in the war-torn country for civilians.

The blast came one day after Afghan President Ashraf Ghani announced that Kabul would release three high-ranking Taliban prisoners in an apparent prisoner swap with Western hostages who were kidnapped by the insurgents in 2016.

The three Taliban prisoners include Anas Haqqani, who was seized in 2014 and whose older brother is the deputy Taliban leader and head of the Haqqani network, a notorious affiliate.

Mr Ghani did not specify the fate of the Western hostages – an Australian and an American, both professors at the American University in Kabul – and it was not clear when or where they would be freed.

The two, American Kevin King and Australian Timothy Weeks, were kidnapped in August 2016 from the heart of Kabul.

They later appeared looking haggard in a Taliban hostage video, with the insurgents going on to say that King was in poor health.

Mr Ghani said in his speech that "their health has been deteriorating while in the custody of the terrorists".

He also did not state when or where the Taliban prisoners would be freed.

But he said that he hoped the decision would help "pave the way" for the start of unofficial direct talks between his government and the Taliban, who have long refused to negotiate with the administration in Kabul.
Over the past year, the US and the Taliban had been holding direct talks seeking a deal that would bring the insurgents to the table for peace talks with Kabul, and allow the US to begin withdrawing troops.

But US President Donald Trump abruptly ended the negotiations in September, citing continued Taliban violence as.

Most experts agree there is no military solution in Afghanistan and that talks will have to restart again eventually.

Until then, civilians continue to pay a disproportionate price in the long-running and brutal war.

Last month, the United Nations released a report saying an "unprecedented" number of civilians were killed or wounded in Afghanistan from July to September this year.

The UN laid most of the blame on "anti-government elements" such as the Taliban, who have been carrying out an insurgency in Afghanistan for more than 18 years.

What is contact tracing, and how does it work with COVID-19?