BERLIN- Bayern Munich crashed to their heaviest Bundesliga defeat for a decade with a 5-1 thrashing at Eintracht Frankfurt which leaves head coach Niko Kovac under huge pressure.

Defending champions Bayern, who had to play the majority of the match with 10 men following Jerome Boateng's ninth-minute red card, are fourth, four points behind leaders Borussia Moenchengladbach who won 2-1 at Bayer Leverkusen.

It was Bayern's biggest league defeat since April 2009 when they crashed 5-1 at Wolfsburg, who won the 2008/09 league title.

After a shock 2-1 loss at home to Hoffenheim last month, Bayern suffered a second league defeat of the season which came following Boateng's sending off for felling Frankfurt forward Goncalo Paciencia on the edge of the area.

Filip Kostic tapped home at the back post to open the scoring for the hosts on 25 minutes and Swiss midfielder Djibril Sow added a second eight minutes later from a Kostic cross to leave Bayern 2-0 down.
Bayern's star striker Robert Lewandowski brought his side back into the game eight minutes before the break when he bludgeoned his way through three defenders to fire home his 20th goal this season in all competitions.

Lewandowski's 14th league goal extended his record of scoring in each of the first 10 Bundesliga games this season.

However, Frankfurt were not to be denied and defender David Abraham hit their third goal after a pin-point accurate pass from winger Danny da Costa three minutes after the restart.

A fourth Frankfurt goal followed when defender Martin Hinteregger headed home from a corner on the hour.

Such was Frankfurt's dominance that head coach Adi Huetter brought on a third striker in Andre Silva for a defensive midfielder with 10 minutes left and it paid off as Paciencia added their fifth goal.

Kovac is now under huge pressure as Bayern host Olympiakos on Wednesday in the Champions League, where they top Group B with three straight wins, before facing Borussia Dortmund at home next Saturday in a classic Bundesliga showdown.
Gladbach are three points clear at the top of the table after French striker Marcus Thuram scored their winner at Leverkusen. 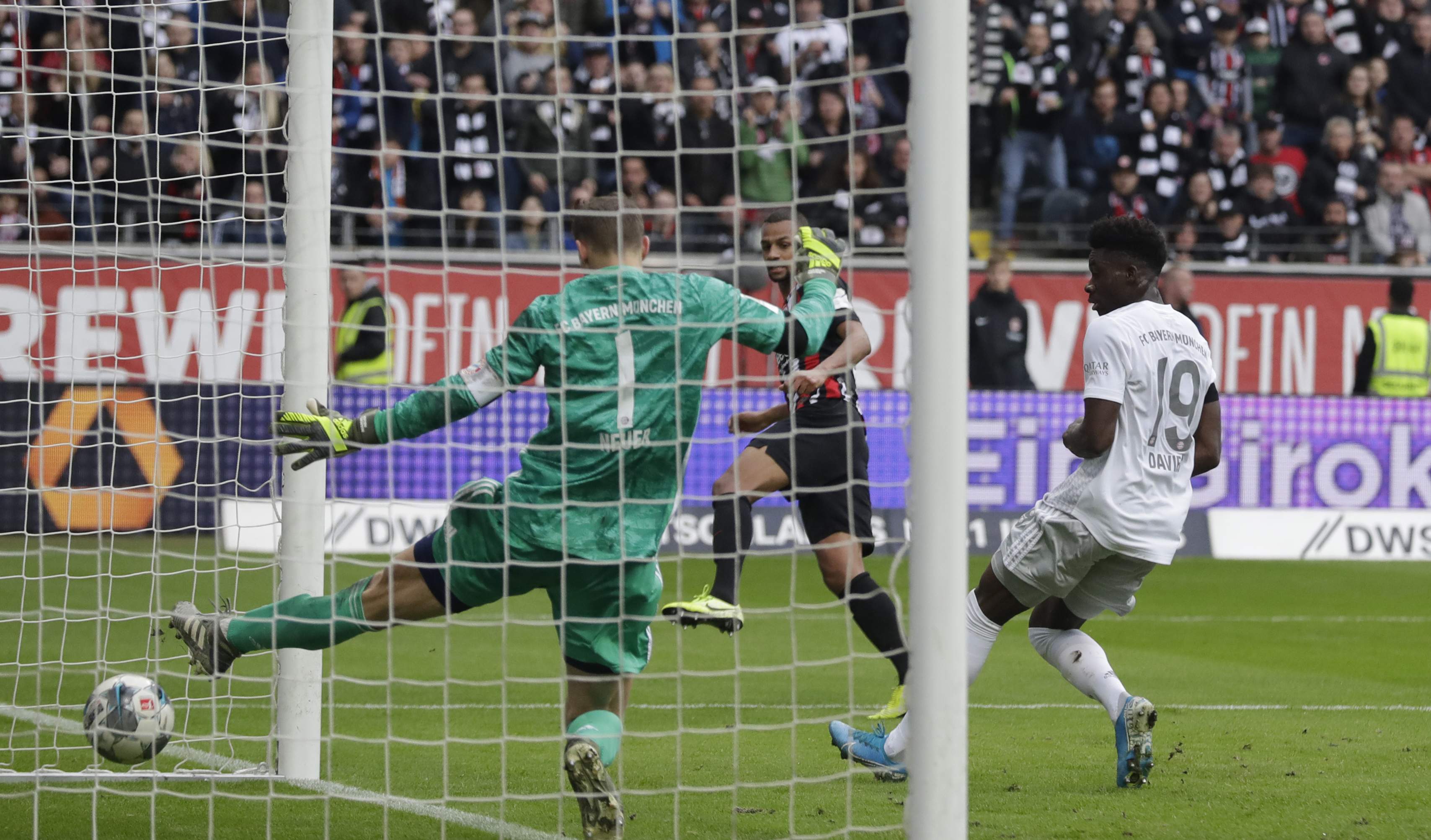 Dortmund climbed to second as goals by Raphael Guerreiro, Thorgan Hazard and Mario Goetze sealed Dortmund's 3-0 win at home to Wolfsburg, who dropped from fourth to seventh.

RB Leipzig are a point behind in third after slaughtering Mainz 8-0 with the hosts' Germany striker Timo Werner scoring a hat-trick.

Freiburg drop to fifth despite Nils Petersen stealing a point in the last minute with his second of the game in their 2-2 draw at Werder Bremen.