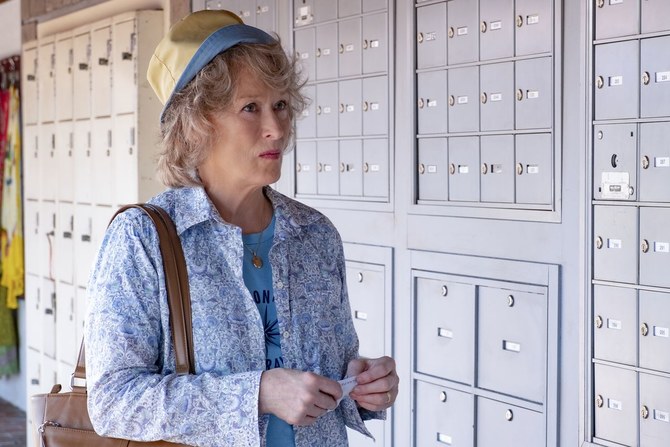 MUMBAI- American auteur Steven Soderbergh began with a bang. His 1989 feature debut at Cannes with “Sex, Lies, and Videotape” fetched him the Palme d’Or, and he went on to create a revolution in the independent film movement.

Later, in what was then Calcutta (now Kolkata), his work caused a near stampede at the International Film Festival of India, which had camped there that year. A story about a troubled man videotaping women discussing their lives, the movie had nothing explicit, except that the provocative title sent Calcuttans into a frenzy.

He made various kinds of films after that – a science-fiction adventure called “Solaris,” crime drama “Traffic” on drugs, and “Erin Brockovich,” about a woman’s fight against a giant energy corporation.

Soderbergh’s latest outing, “The Laundromat” (which recently premiered at Venice and has just begun streaming on Netflix), takes him into the seedy world of the Panama Papers, yet another financial scandal that recently shook the world.

In 90 minutes, Soderbergh takes us through details not so well known as yet – a huge network of shell companies, many located on tropical islands, that doubled up as parking places for the wealth of corporations, the rich and criminals. This was one excellent way to conceal assets in order to avoid paying taxes. Some of this money came from illegal businesses such as gun-running, drugs and trafficking in women/children.

Based on an expose by Pulitzer Prize-winning journalist Jake Bernstein, “The Laundromat” begins quite innocuously.

Ellen Martin (Meryl Streep) is an ordinary American woman whose life is turned upside down when her husband Joe (James Cromwell) dies in a tour-boat accident on Lake George. She is further devastated to learn that she will not get the accident insurance she had taken out just before the trip, because the boat company had signed a contract for this with a firm – taken over by another.

She discovers that none of these companies exist; they are what are called shell entities. And then begins Ellen’s nightmare.

Soderbergh is a master craftsman who is well versed in the art of drawing his viewers into his narration. “The Laundromat,” despite its somewhat documentary feel, is a movie that works well and is, really speaking, a cry against greed.

And with the brilliance-personified Streep at the helm of it all, one cannot ask for more.