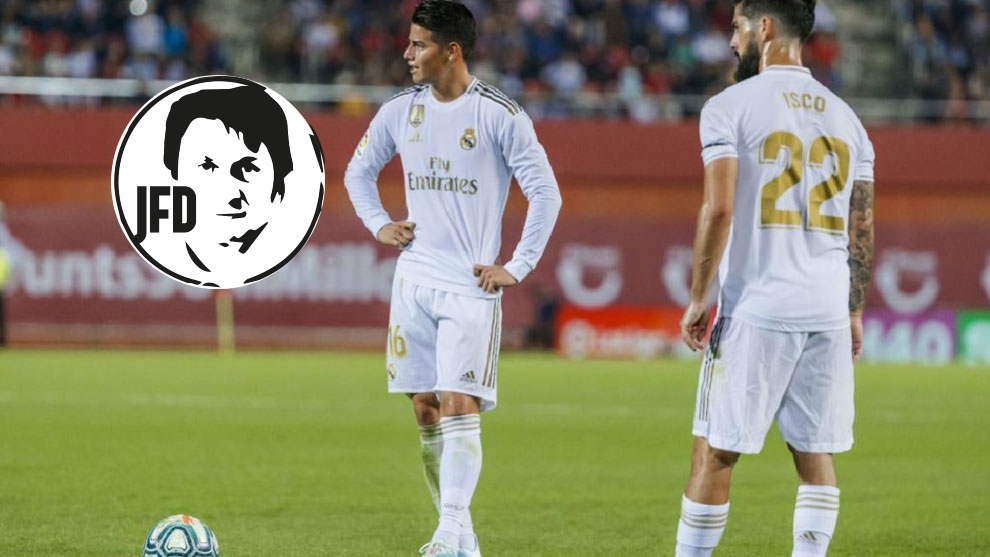 Mallorca defeated Real Madrid 1-0 at Son Moix Stadium with a goal by Ivory Coast native Lago Junior in the first half, thereby picking up three golden points in its struggle to improve its up-to-now poor record against a rival that left its unbeaten status and league leadership on the island.
Barça has now taken Madrid’s place as top team.
The absence of key players due to injuries or technical decisions worked against Zinedine Zidane’s squad in Palma, where it hadn’t lost a game since the 2012-2013 soccer season.
Another factor contributing to Real Madrid’s loss was the expulsion of Alvaro Odriozola for getting a second yellow card at the 74th minute.
The goal by Lago Junior was enough for Mallorca fans, who were packed into Son Moix stadium, to wildly celebrate the victory, its third of the season. Real Madrid, altogether very Brazilian with Militao, Marcelo, Casemiro and Vinicius among the 11 on the field and Rodrygo on the bench, was largely lackluster throughout.
Madrid started out controlling the ball and came close to scoring with a shot by Isco, but it was Mallorca that scored the first time it entered the Real Madrid area.
Ivorian Lago Junior faced off against Odriozola, and at 12 yards from goal slammed a right-footed shot that got past a surprised Courtois and sailed into the net. This was his first score of the season.
Mallorca was now in the lead and on its way to fulfilling its first objective: not to repeat the ghastly first half it was guilty of in its previous 2-0 loss to Atletico Madrid.
Saturday night was different. Playing with an excellence that had not been seen this season at Son Moix, Mallorca made Real Madrid look dull: Isco never got his game together, James was inconsequential, Benzema went nowhere – though he bounced a ball off the crossbar at the 26th minute – and Vinicius played it his way, threatening to score but with an aim totally off-target.
In the second half, the Ghanaian Lumor substituted Sastre. Real Madrid besieged Mallorca goalkeeper Reina, determined to tie the score.
At last Zidane’s players were getting down to business to repair a situation that could take away their La Liga leadership following Barça’s win over Eibar.
Mallorca stoutly defended itself against Madrid’s constant attacks, which despite the effort, never had the desire effect, something Zidane tried to fix it at the 65th minute by bringing on Valverde and Rodrygo in place of Jovic and Isco.
But the clock was running in favor of the home team, encouraged by cheers from the stands and also favored by the expulsion of Odriozola at the 74th minute.
The defeat meant that Real Madrid left behind on the island its undefeated status and its league leadership.
Print Whats APP Twitter Facebook LinkedIn