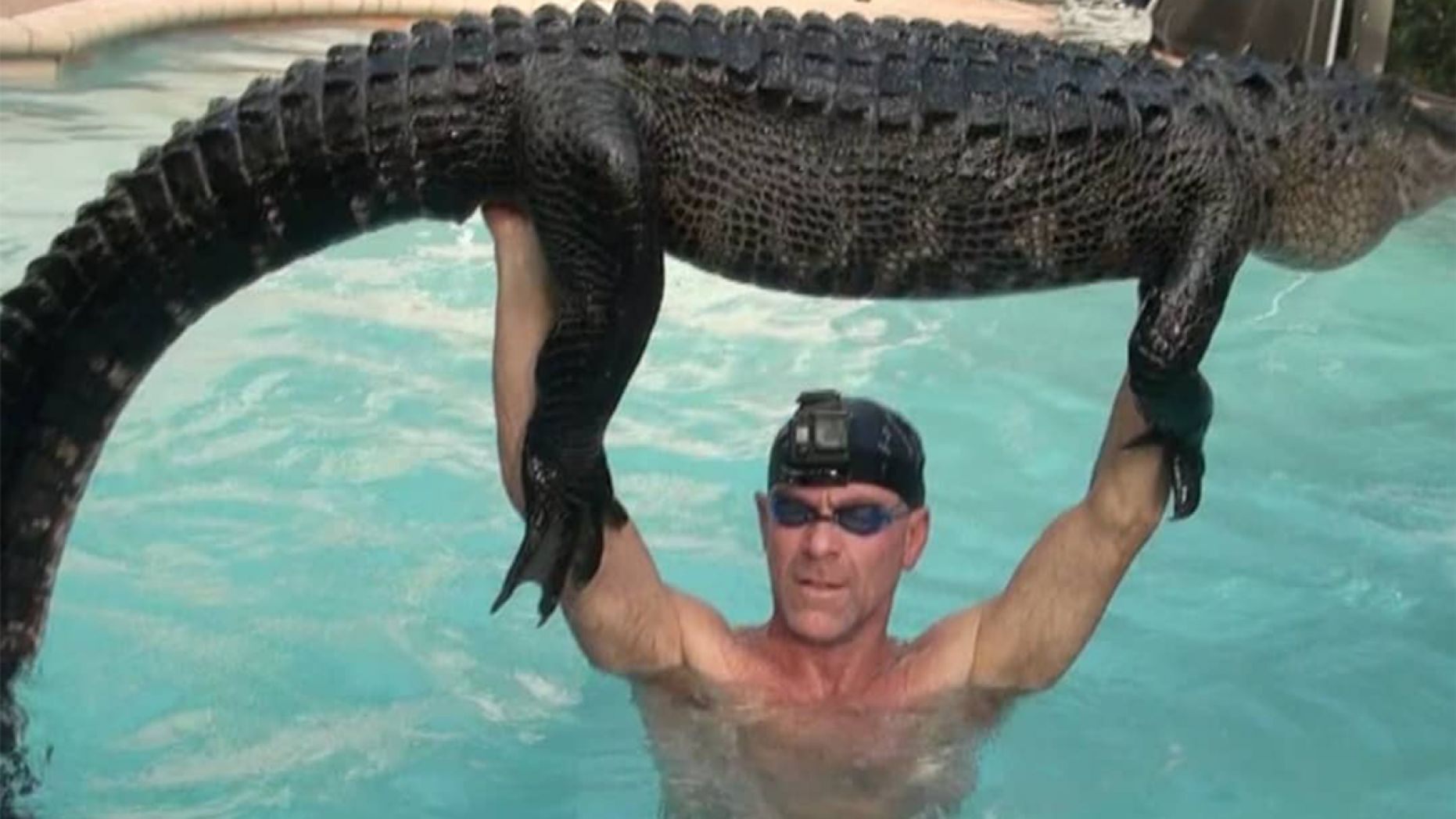 A Florida man who chronicled his rescue of a 9-foot-long alligator in a series of photos on his Instagram page says the animal will be used for educational purposes.

Paul Bedard of Gator Boys Alligator Rescue was called to a Parkland home on Tuesday and found the gator in a swimming pool. The alligator weighed between 180 and 200 pounds, Bedard told Fox News on Thursday.
“He was mellow when I caught him. I named him ‘Cool Hand Luke’ because the gator was so mellow and so cool,” Bedard told Fox News. “He didn’t try to get away from me, he didn’t try to come after me, he was just really cool. He’s got a real mellow personality.”
“Then about an hour later the gator decided to walk through a screen and into the swimming pool and the wife was not as accepting of the gator’s presence as the husband was so she made a call to the nuisance alligator hotline and they gave me a call,” Bedard said.

He documented the rescue in an Instagram post, which included seven photos.
“These [pool rescues] are actually fun because the gator can't go anywhere and the water's almost always crystal clear,” Bedard wrote in the Instagram post.
Bedard said this alligator didn't give him a hard time, so “I couldn't get him to spin on me he really wanted nothing to do with me.”

“I simply made a frontal catch put a snare on his mouth and taped him up,” he wrote. “That finally got him to expend some energy ... I didn't want to pull him out of the water until he was tired, because he'll usually go into a death roll and smash himself up on the concrete or, if he's not taped, bite the concrete or something so it's always better to make him expend that energy in the water where (the alligator) is not going to get banged up.” 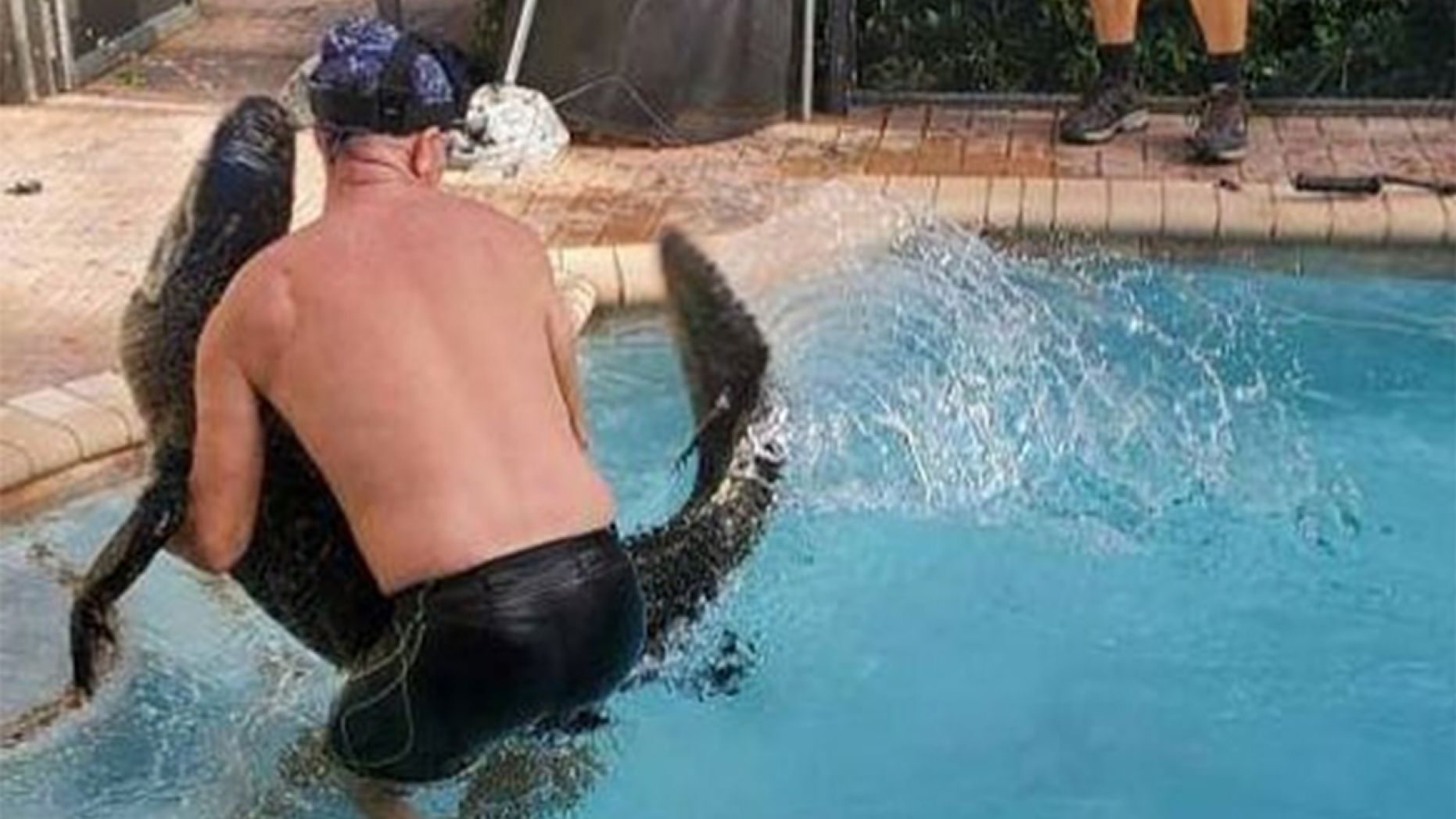 Bedard said the entire rescue operation, which he categorized as “smooth,” took about 20 minutes. He told Fox News he only felt challenged once he got the alligator out of the pool.

“I had just done a quintuple Ironman, which is a 12-mile swim, 560-mile bike [ride] and then [a] 131-mile run," he said. "So, my legs were still cooked and I didn’t realize how bad my legs were until I picked him [the alligator] up and carried him up the stairs."
“There were three people watching me so at that point I was committed to it and had to keep going.” 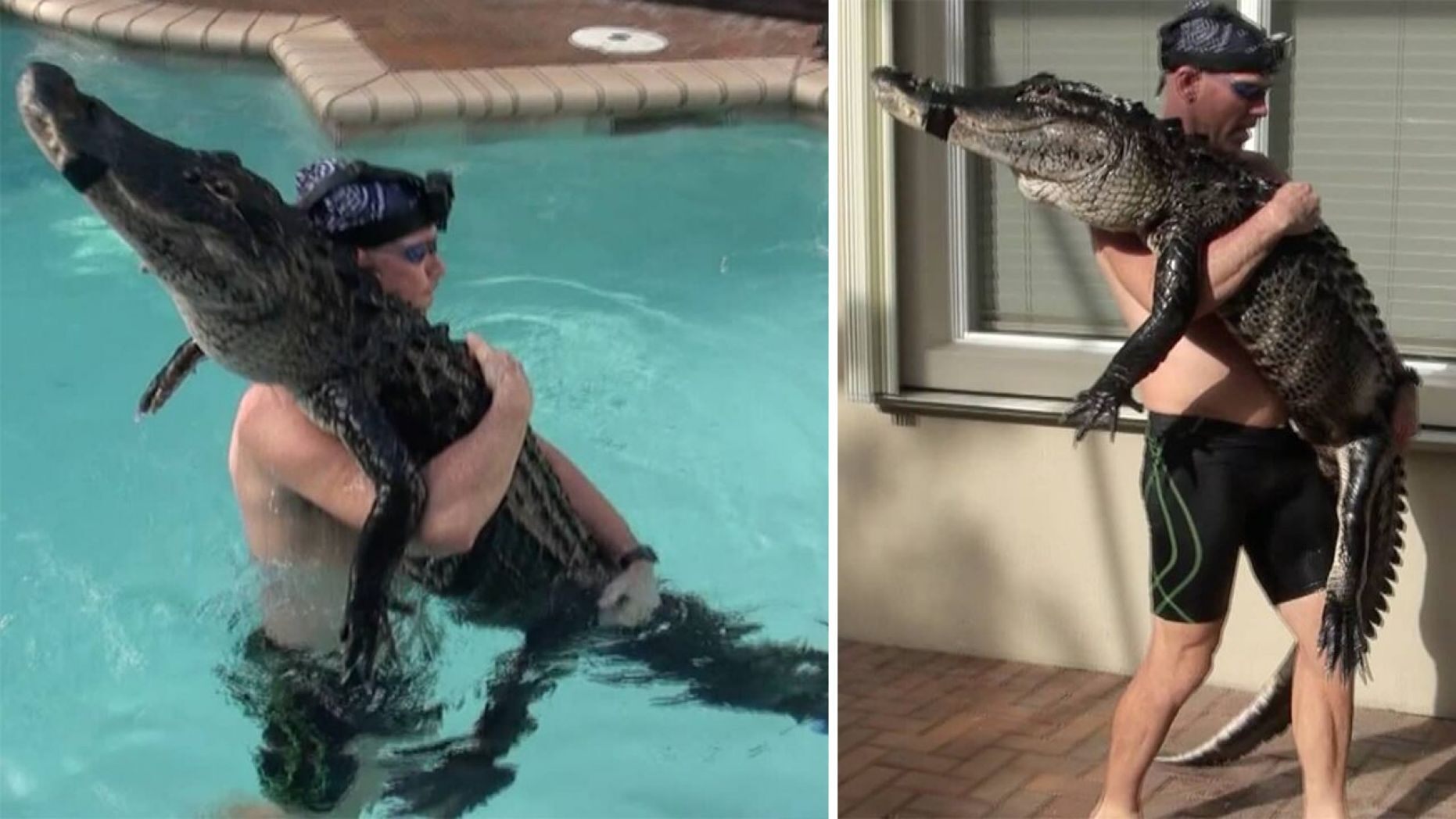 Bedard said "Cool Hand Luke" has been brought to Everglades Holiday Park in Fort Lauderdale, where he will participate in educational shows.

“I only use real mellow alligators [in the shows]" he said.