Former Catalan independence leader hands himself in as protests escalate 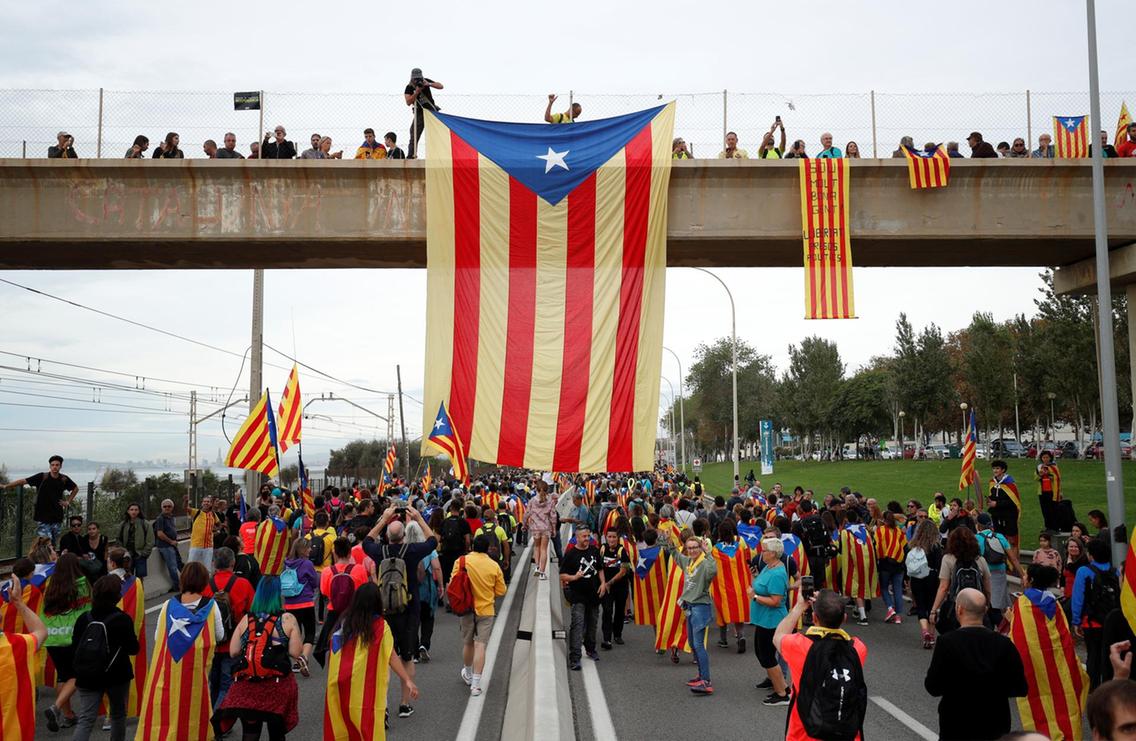 Catalan independence protests continued on Friday 10-18-2019 as the movement’s former president, who led the country’s failed bid for independence two years ago, handed himself into authorities in Belgium in response to the reactivation of an international arrest warrant earlier this week.

Spain has called for Carles Puigdemont to be extradited but he rejects the arrest warrant. The politician walked free shortly after he handed himself in “voluntarily” to the authorities, though it was not clear whether he was questioned or not.

Mr Puigdemont led Catalonia between January 2016 and October 2017, but had to flee to Belgium to avoid arrest after being sacked by the Spanish government for staging a unilateral referendum and making a unilateral declaration of Catalan independence. 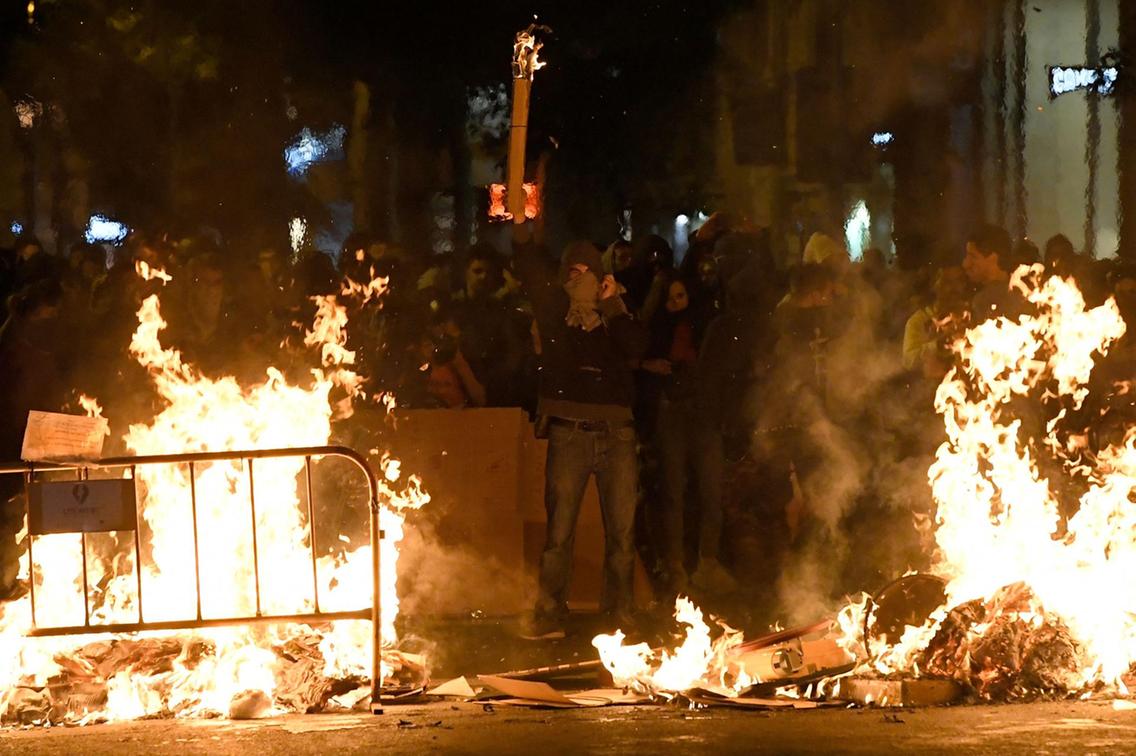 Spain filed the arrest warrant to Mr Puigdemont on Tuesday but Belgium’s federal prosecutor insisted that Spain needed to refile the document in one of Belgium’s three languages – French, Flemish and German – or in English. The translated warrant is expected to arrive next week.

In a statement, Mr Puigdemont’s office said: “[Carles] Puigdemont, accompanied by his lawyers, has appeared, voluntarily, before the Belgian authorities in response to the European arrest warrant issued by the Spanish supreme court.”
Huge demonstrations have swept across Catalonia over the jailing of nine Catalan separatist leaders by the Spanish supreme court on Monday.
Thousands of demonstrators waving pro-independence flags marched across the region and chanted “freedom for political prisoners”, while a general strike took place.

Demonstrators have come from all over the region and are set to converge in Barcelona, the regional capital, later on Friday.

The protests have caused significant disruption. Major roads have been blocked off in the regional capital and across Catalonia. Hundreds of flights and trains have also been cancelled amid the protests.

On Friday Spanish club football’s largest football match – Barcelona vs Real Madrid – was postponed because of the unrest. The game was expected to take place on October 26. 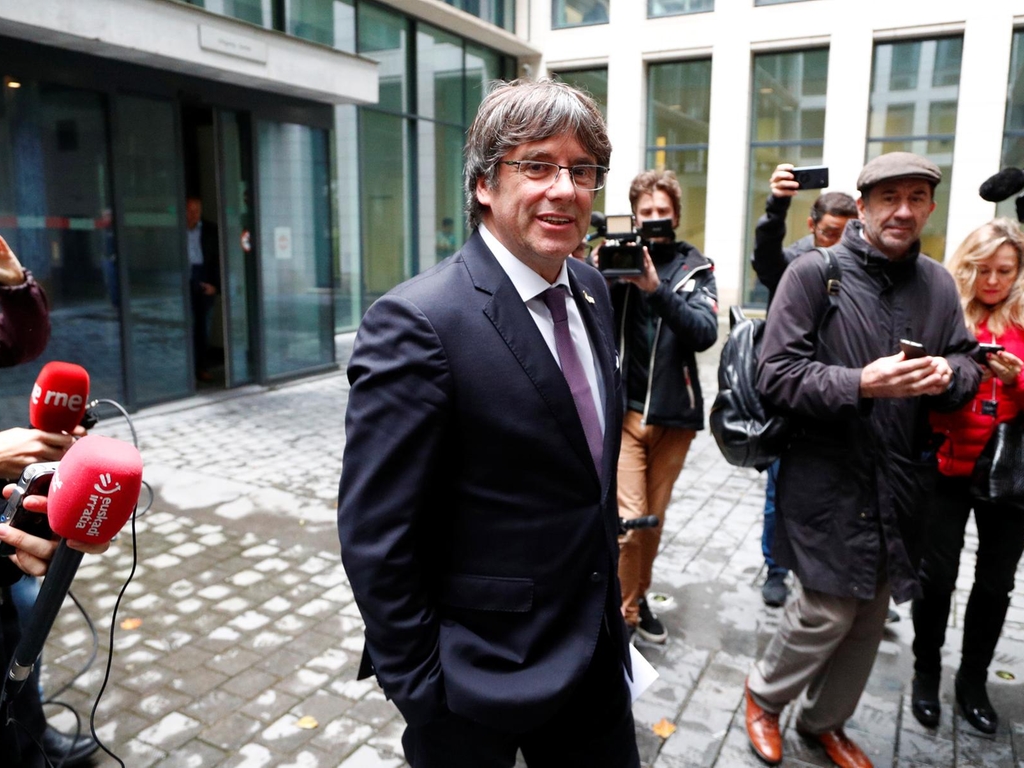 Segrada La Familia - the city’s famous gothic cathedral that attracts around 3 million visitors a year - was shut down amid the demonstrations on Friday, Reuters reported.

The historic site’s official Twitter account said a group of protesters stood at the entrance and access to the premise - one of Barcelona’s main tourist attractions - could not be guaranteed anymore.

Barcelona had its worst evening of violence on Thursday. Although protests began in a mainly peaceful manner, later in the evening demonstrators set fire to café chairs on Rambla de Catalunya street, one of the city’s top tourist areas.

Regional police said 16 people were arrested across Catalonia as a result of the violence, while health officials said medical aid was provided to 42 people.