Pound seesaws as the UK and EU reach a Brexit deal 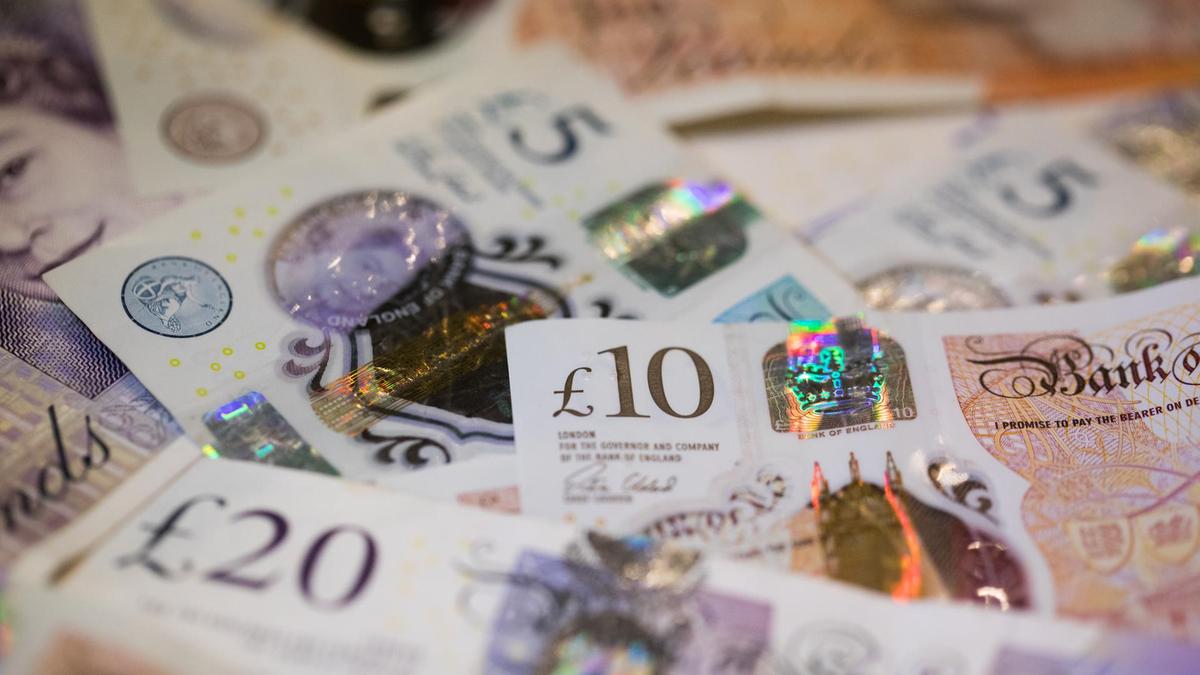 The pound swung dramatically in currency markets on Thursday 10-17-2019 after the president of the European Commission, Jean-Claude Juncker, said Brussels had come to an agreement with Britain on a Brexit withdrawal agreement to be presented to EU leaders.

Sterling rallied on news of the deal, gaining 1 per cent and touching $1.2990 before dropping again as the scale of the remaining challenge became clear. It traded 0.3 per cent lower at $1.2797 at 4.12pm in London, after the Democratic Unionist Party confirmed it would not vote for British Prime Minister Boris Johnson's Brexit deal in Parliament, saying it is not "in Northern Ireland's long term interests".

Han Tan, a market analyst at currency brokerage FXTM, said in a research note on Thursday that the currency's rally towards the $1.30 level reflected "relief among investors that both sides were able to get a deal over the line in time for the EU summit".
However he added that "a sterner political test awaits within Westminster on Super Saturday, where previous iterations of the Brexit deal have been stonewalled".

Since the Brexit referendum in 2016, sterling has been one of the main avenues for investors to express their views on the outcome of the UK's split from the EU. The initial sharp fall in the British pound was followed by a period of significant weakness.

Brexit uncertainty continues to hold back investment in the UK, the world’s sixth largest economy, which is projected to grow 1.2 per cent in 2019 from 1.4 per cent last year, according to the World Economic Outlook report released on Tuesday during the annual IMF World Bank meetings in Washington. Exports have weakened and the pound depreciated because of concern over a no-deal Brexit, the report said.

"The pain is over and we are finally here! Brexit is done," said Naeem Aslam, chief market analyst at TF Global Markets in the UK.

"|We are seeing a lot of enthusiasm in the market on the back of the news that Brexit deal is done," he added. "Sterling’s three-month volatility is insane and the price of sterling is soaring against the dollar. We expect this move to continue to explode and go beyond the $1.35 mark against the dollar."
However, Mr Tan said that the pound's fortunes and whether the protracted Brexit saga can be resolved by October 31 still rest on this weekend.

"If this next attempt to get the Brexit deal passed by UK lawmakers fails yet again on Saturday, the pound is sure to unwind recent gains," he said. "However, a request for yet another Brexit extension, if granted, may mitigate sterling’s fall at around the $1.22 mark against the US dollar."
Ipek Ozkardeskaya, a senior market analyst at London Capital Group, said in a research note earlier on Thursday that even if the UK and EU leaders came to an agreement among themselves, "there is only a slim chance for Boris Johnson to find sufficient support in Parliament to give it a green light".

The UK currency came under pressure on Monday after European officials played down the chances of an agreement that had been aired by Mr Johnson and his Irish counterpart Leo Varadkar last week.

However, sterling began to rise after news filtered through to investors earlier this week that a divorce agreement was forming between EU and British negotiators.

On Thursday, hours before a summit of all 28 EU national leaders, Mr Juncker wrote on Twitter: "We have one! It's a fair and balanced agreement for the EU and the UK and it is testament to our commitment to find solutions."

Mr Johnson tweeted that the two sides had struck a "great new deal" and urged UK policymakers to ratify it in a special session on Saturday.
US equity-index futures moved higher with European stocks on Thursday when the new Brexit deal was announced and investors digested a string of corporate results.

The Stoxx Europe 600 Index had been fluctuating before news of the deal broke, but it jumped as every major national gauge advanced.