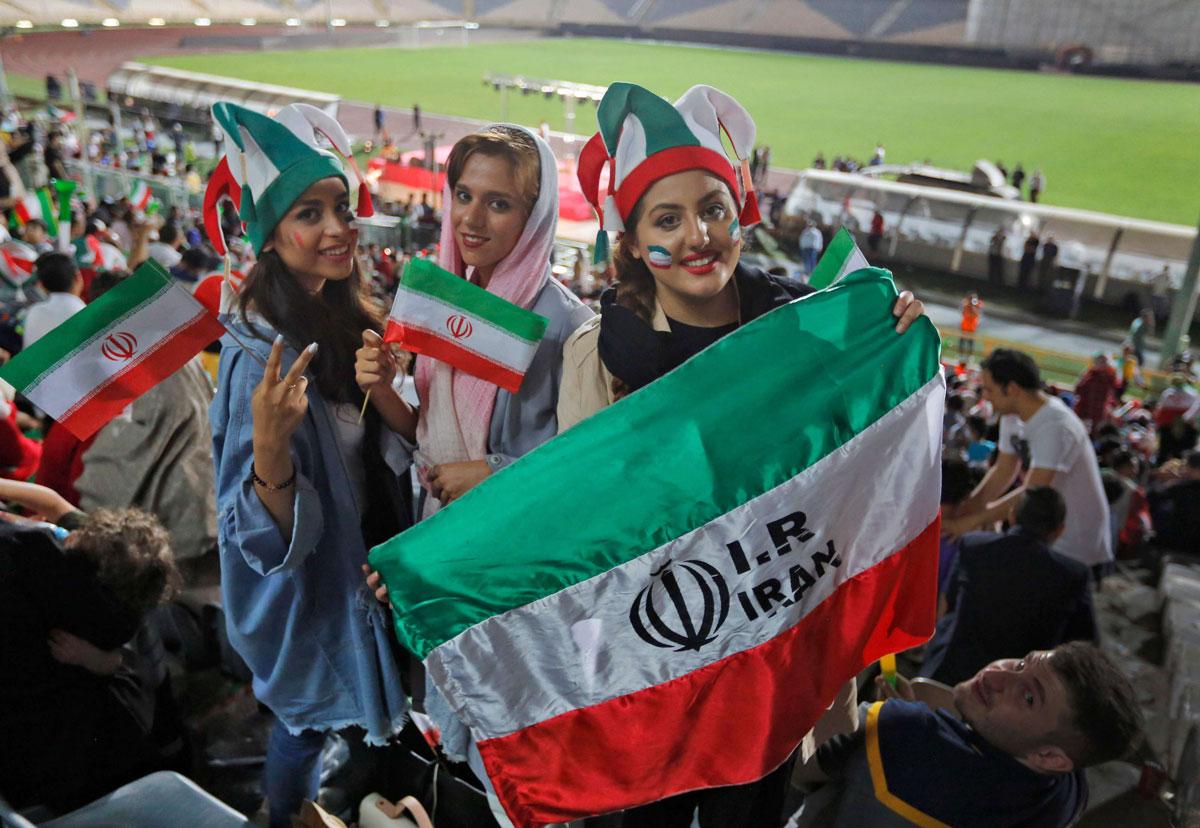 TEHRAN - Iranian women have snapped up tickets for Thursday's World Cup qualifier against Cambodia in Tehran after they were released for sale via a website.

Iranian authorities had assured world governing body FIFA that women would be allowed to attend the game and have set aside sections of the stadium for women.

The semi-official Iranian news agency ISNA said the 3,500 tickets set aside for women sold out within minutes of going on sale on Friday morning.

FIFA told Reuters they expect a total of 4,600 tickets for women will be made available in the women only sections.

A spokesman for the organisation said that FIFA would be sending a delegation to the match at Tehran's 78,000 Azadi Stadium to monitor the access for women.

An activist with the group 'Open Stadiums' which campaigns for Iranian women to be able to freely attend matches, said the tickets had gone on sale early on Friday morning and were sold via a website in small blocks.

The activist said the tickets went on sale without any announcement from the Iranian Football Federation and news of their availability only reached women via social media.

"It was quite a chaotic situation," she told Reuters.

The group welcomed the sale but said they were concerned that women only sections stopped mothers taking their sons to the match with them and said it was also unclear how women with disabilities would be accommodated in the venue.

At Iran's friendly against Syria in June, women were locked out of the Azadi Stadium and detained by security forces.

A female Iranian fan died last month, after setting herself on fire to protest against her arrest for attending a match.

Sahar Khodayari, dubbed "Blue Girl" for the colours of her favourite team Esteghlal, died in hospital after her self-immolation outside a court where she feared being jailed for six months, having attended the match in disguise as a man.

Khodayari's death caused widespread outrage in Iran and internationally, prompting calls on social media for Iran's football federation to be suspended or banned by FIFA.

Last month, FIFA sent officials to Tehran to discuss preparations for Thursday's match including allowing access to women to the stadium.

There were signs the situation regarding female fans in Iran was changing when a group of women was permitted to attend the second leg of the Asian Champions League final in Tehran last November, a match where FIFA president Gianni Infantino was present.

Female fans, however, have been denied access to matches since.

FIFA say they want Iranian authorities to allow women access not only to World Cup qualifiers but to all games in the country.

In the face of pandemic, a blossoming of Arab creative initiatives

A bride, a groom and a booking … but no big day yet for lovers in lockdown

US Economy Poised to Mirror the Post-WWII Glory

Hard times for Boeing, long a symbol of American might