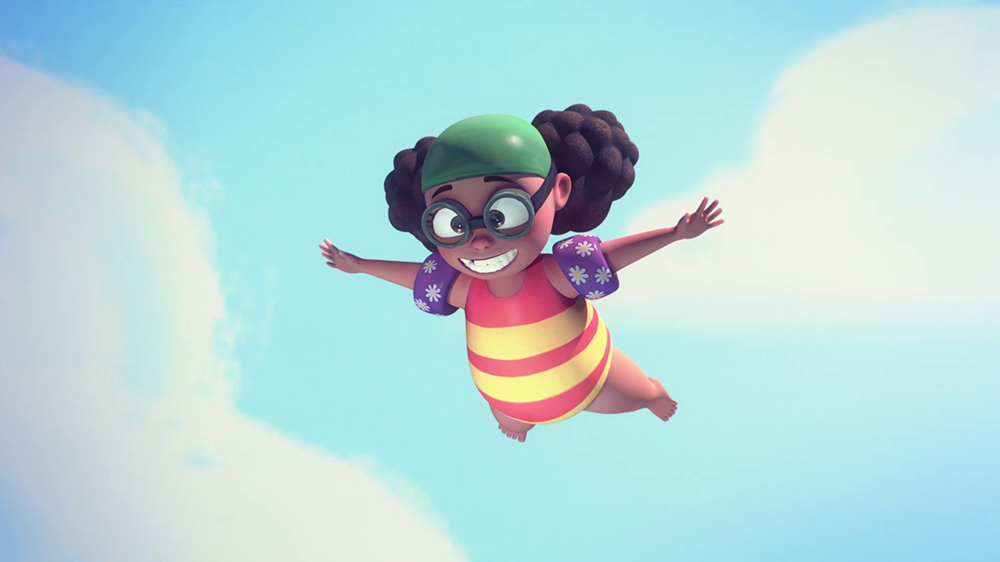 The Sharjah International Film Festival for Children and Youth (SIFF) is returning for its seventh year, with 132 films from 39 countries. The festival runs from Monday, October 14 until Friday, October 18, across four cinemas in the emirate.
This year, of the 132 films, there are nine GCC-made short films, 13 international short films, 38 short animation films, 10 documentaries, 11 feature films, 10 child-made films and a special screening of nine refugees films.
Here, we round up a selection of films to watch out for at the festival …
'Anna' (2018): Student Film category, by Jessica Mountfield 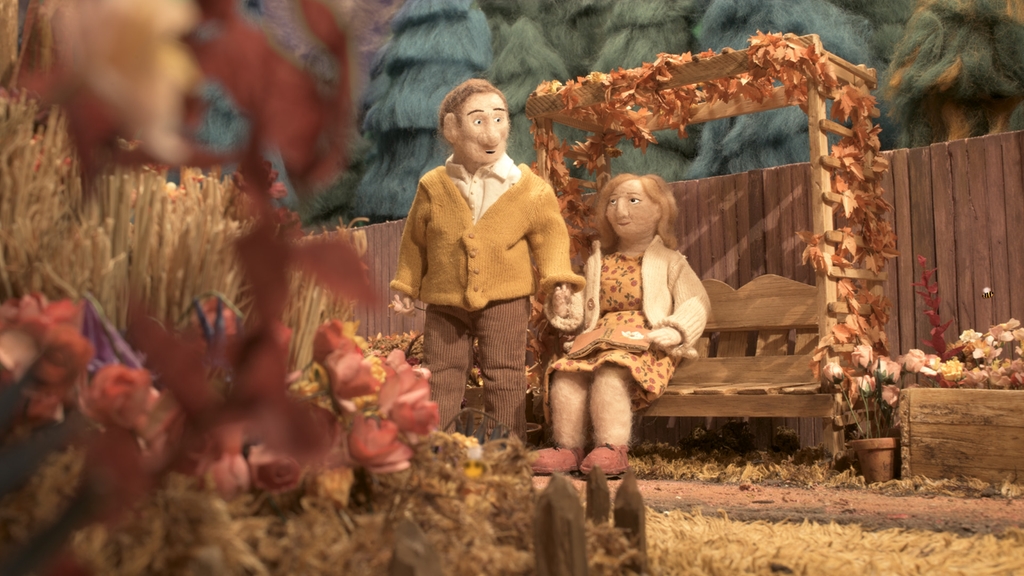 We are a sum of our memories; so, what happens when they start slipping away? When the past and the present intertwine in a confusing reality, how can you be anything but scared? A delicately animated story, Anna, chronicles a day in the life of Gus, a dementia-stricken gardener, as time starts blurring around him. And the story is also about his granddaughter, a devoted figure living through a difficult time in silence. A profound story told in just five minutes.
Screening: 8pm, Tuesday, October 15; JRCC – Main Cinema

'Don't See, Don't Hear, Don't Speak' (2018): Student Film category, by Mostafa Gad
Are you living more and more of your life online? I bet it’s fun. But have you ever wondered how far it could go? What happens when living online goes from being just an idea to our reality? A young man enters an alternate digital reality; here is a peek at what his life becomes as the glare of the screen obscures everything in his life. The film has a three minute running time.
Screening: 5pm, Friday, October 18; JRCC – Main Cinema

Waiting for his dinner, a little boy who loves space and rockets starts off a simple story to pass the time. Soon the rest of the family joins in, his older brother adds a dash of blood and gore scaring his little sister, his mum counters with love and romance. Everyone is having fun until the father comes and very quickly the evening turns dark. For the time being, the three children caught with a physically and mentally abusive father, can only find justice and freedom in their stories.
Screening: 8pm, Tuesday, October 15; JRCC – Main Cinema

'Belly Flop' (2018): Short Animation category by Jeremy Collins, Kelly Dillon
When a spunky little girl sets her sight on mastering the diving board, nothing stops her; not indifference and certainly not a snooty perfectionist garnering all the applause. It's all water off a duck's back – her focus remains inward. She wants to dive, and that's what she will carry on doing. If her persistence saves the day, then that's just a bonus! The heroine of the story might be a child, but the moral is for everyone – ignore the naysayers and do what you love.
Screening: 5pm, Monday, October 14; JRCC – Main Cinema

'Drops' (2017): Short Animation category by Karsten Kjaerulf-Hoop, Sarah Joy Jungen
We are all a part of the circle of life. We come, we live, and we leave. In this beautifully animated film, little raindrops take on human shapes, but soon it’s time to let go of the earth and rise again. The change scares them until one young drop shows them the right way to embrace the inevitable circle of life with joy.
Screening: 6.35pm, Wednesday, October 16; JRCC – Main Cinema 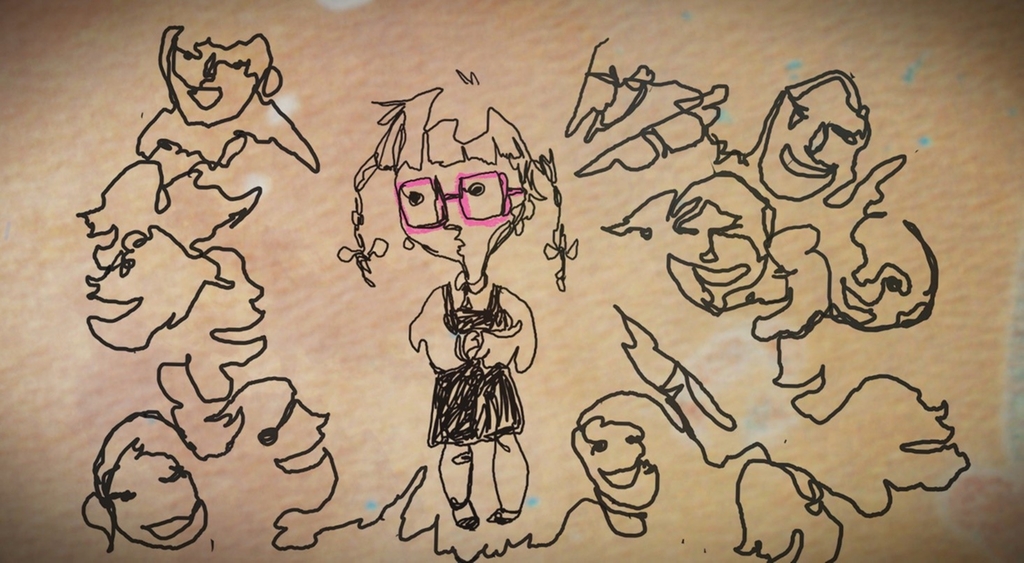 It is hard enough to fit in when you look like everyone else; imagine the life when you look different. This is why films like these are precious. Salmon's story is something we all need to see, but most importantly, people with disabilities need to see it. To know that nothing is impossible. Born with a rare genetic condition that deforms face bones, she didn't let the life defeat her. She followed her passion and had the courage to build a happy life herself.
Screening: 9.25pm, Thursday, October 17; JRCC – Main Cinema

'Dance Is My Gun' (2019): Documentary Film category by Marco Bollinger
Ahmad Chabaan is a trained ballet dancer but a Syrian refugee. Today as a refugee in Beirut, he dances to find hope in a hopeless place. Expressed through his words and through his choreography, Ahmad fights for the memories of the Syria he left and lost. The film is his attempt to show that Syria is not just war, suffering, and anger – but also beauty, art, and music.
Screening: 7.55pm, Thursday, October 17; JRCC – Main Cinema 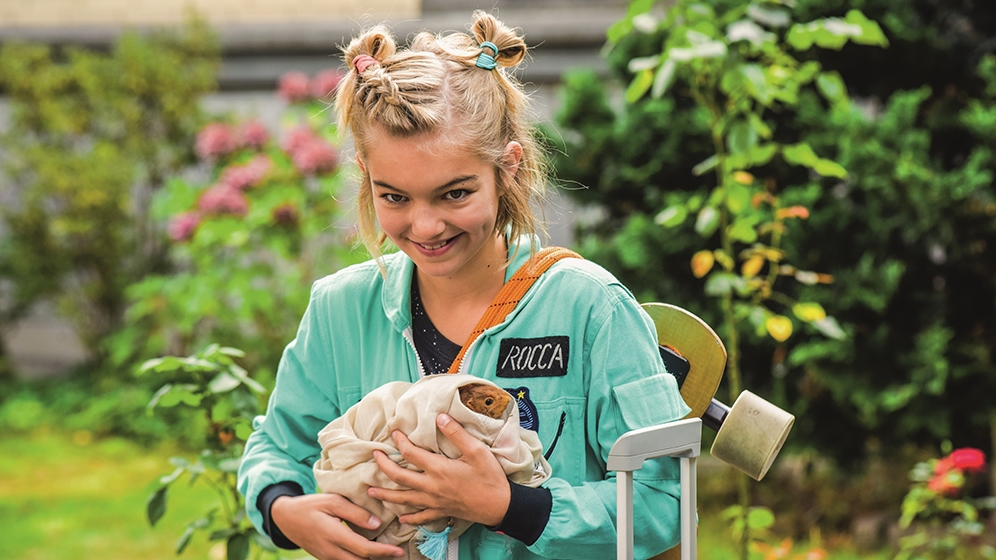 Non-conformist, carefree and extremely positive, Rocca is an 11-year-old girl who has a squirrel for company and has just come to live with her disapproving grandmother. Going to a normal school for the first time in her life, trying to make friends and trying to win over her grandmother – does Rocca have too much on her plate? Can this child win over the world with her angelic smile? Find out in this heart-warming story.
Screening: 5.30pm, Wednesday, October 16; Zero 6 – Cinemacity – Cinema 4

'The Travelling Cat Chronicles' (2018): Feature Film category by Koichiro Miki
Satoru is on a mission to find his cat, Nana, a new home. The search turns into a journey that explores Satoru's past, his old friendships, and the tragedy that shaped his childhood. As the journey winds down, Nana is still without a home. Until suddenly his aunt Noriko agrees to take in Nana and sacrifices her career to make it possible. Watch the film to find out the reason behind Noriko’s decision and why Satoru must give up Nana.
Screening: 7.05pm, Thursday, October 17; Zero 6 – Cinemacity – Cinema 4

'Bread Given By The Sea' (2018): Child-made Film category by Youth Made Animation, aged 11-14
The film chronicles the life of the fishing communities in the city of Matosinhos. Despite its status as an important finishing hub in the north of Portugal, we see a life full of sacrifice, struggle, and hunger. Making a living from the sea is full of uncertainty – what the men bring home is entirely dependent on luck and weather. Returning empty-handed means certain hunger and deprivation but even coming back with a good catch is no guarantee of a full belly.
Screening: 6.30pm, Tuesday, October 15; JRCC – Main Cinema
'Go On' (2010): Child-made Film category by Hind Abdullah Al Mail
Remaining dedicated to your dreams during times of difficulty, no matter how many roadblocks are in your way, it will help you see the bridge that leads you straight to your dreams.