Mocha is the best yemeni coffee 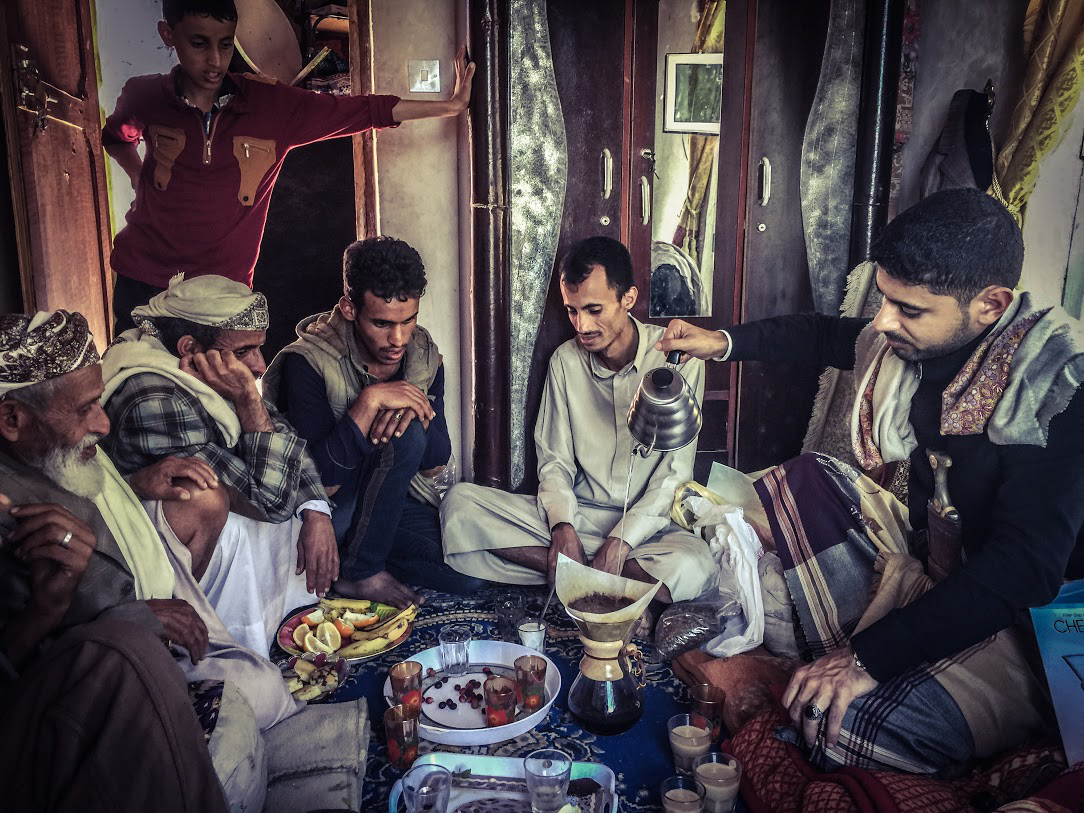 Grown in southern Yemen in a mountainous region with elevations in excess of 4,500 feet, Yemen Arabian Mocha is one of the world's oldest cultivated coffees. It is distinguished by its richness, full body, and chocolaty undertones, which have become synonymous with "mocha" flavor.

Arabia Mocha is nurtured by the rich soils of the mountain terraces. Hand harvested and naturally dried, Yemen Arabian Mocha has a well refined taste and balanced flavor. With earthy undertones paired with citrusy notes, this gourmet coffee is a true indulgence.
What makes Yemen coffee so phenomenal is its coffee culture it is unlike any other coffee producer in the world. Instead of exporters seeking coffee beans from farms, exporters go through a networking system of middle men. This results in coffee beans being exported precisely at the right time ultimately improving taste, flavor, and excellence.
Yemen's 'Arabian Mocca' is grown in the northern mountains of Yemen, and its taste is what a mug of coffee should taste like traditional and classic. The process of Yemen's coffee beans makes them incredibly luxurious because of the rich mountain terraces they are grown on, producing naturally dried and flavor-focused beans. 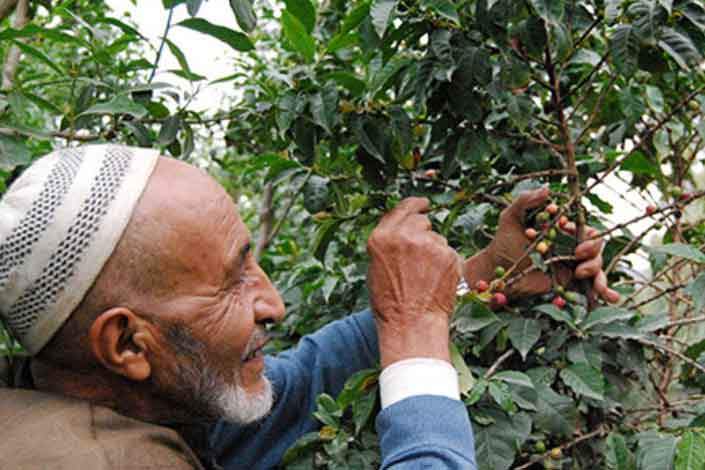 Since high quality Arabica coffee is synonymous for mocha-flavors, it's no wonder the luxurious growing process in Yemen offers such strong mocha flavors. If you are looking for a timeless classic that will make you feel like you are indulging in a hidden secret look no further than Yemen's 'Arabian Mocca.'
Mocha reached its zenith in the 17th century, owing to its trade in coffee. The city boasted of a stone wall that enclosed a citadel, as well as a labyrinth of thatched huts that surrounded the wall from without. Of these, some four-hundred were Jewish households who occupied in trade. Passing through Mocha in 1752 and 1756

Mocha is famous for being the major marketplace for coffee (Coffea arabica) from the 15th century until the early 18th century. Even after other sources of coffee were found, Mocha beans (also called Sanani or Mocha Sanani beans, meaning from Sana'a) continued to be prized for their distinctive flavor and remain so even today.
The coffee itself did not grow in Mocha, but was transported from places inland to the port in Mocha, where it was shipped abroad.

US presses and pushes allies into New Cold War