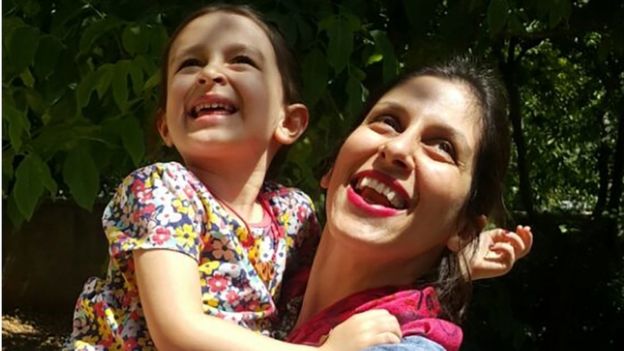 A British-Iranian woman jailed in Iran is to send her daughter home to the UK to start school, she has said in an open letter.
Nazanin Zaghari-Ratcliffe was jailed for five years in 2016 after being convicted of spying, which she denies.
Her family insist she was in Iran to introduce her daughter to relatives.
Five-year-old Gabriella - who has been living with her grandparents in Tehran - has visited her mother at least once a week since her arrest.
Foreign Secretary Dominic Raab described the letter as "heart-breaking" and said Mrs Zaghari-Ratcliffe's detainment was "unjustifiable and unacceptable".
Her daughter will be back in London before Christmas, according to the Times.
Her family told the paper they had agreed Gabriella should return to the UK for the start of the school year in September but postponed the decision after Mrs Zaghari-Ratcliffe was taken to a psychiatric hospital.
Mrs Zaghari-Ratcliffe, 40, was returned to prison after a week but not permitted phone calls with her husband, Richard Ratcliffe, who is in London.

an open letter addressed to "the mothers of Iran", Mrs Zaghari-Ratcliffe, from West Hampstead, pleaded with the Iranian authorities to free her so she can return to London with Gabriella.
"I have no hope or motivation after my baby goes. There is no measure to my pain," she wrote in the letter, which was smuggled out of Tehran's Evin prison and published online in Farsi and English.
She said her daughter's journey back to the UK would be "a daunting trip for her travelling, and for me left behind".
"And the authorities who hold me will watch on, unmoved at the injustice of separation. That first day of school not for me," she added.

Mrs Zaghari-Ratcliffe is giving up Gabriella's weekly visits to see her in prison so that she can live in Britain, where she was born.
"Those brief minutes might be the shortest of cuddles, but without doubt the most beautiful and uplifting cuddles in the whole world," she wrote.
She described the thought of not being able to hold her child as "the deepest torture of them all". 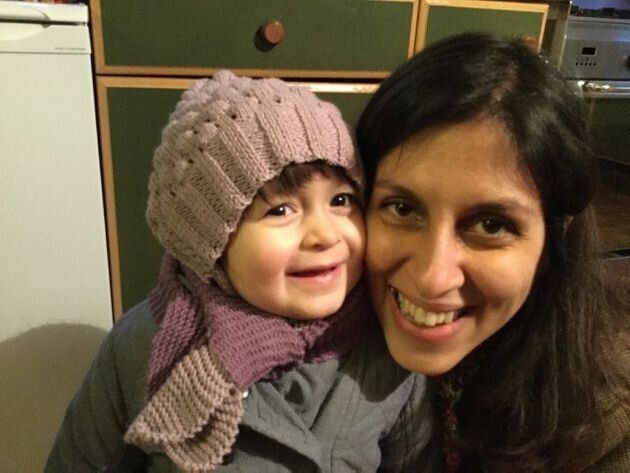 In her letter, Mrs Zaghari-Ratcliffe said she was a "pawn in the hands of politicians - abroad and in Iran - to reach their goals in their games of chess".
Mr Raab said Mrs Zaghari-Ratcliffe's letter showed "the pain and suffering that she and her family are going through".
"Her callous and cruel detainment for political purposes by the government of Iran is wholly unjustifiable and unacceptable," he said.
"The government of Iran should, as a matter of international law and basic decency, release Nazanin immediately so she can be reunited with her loved ones."
Last week, Prime Minister Boris Johnson called for the release of Mrs Zaghari-Ratcliffe during a meeting with Iran's president.
In 2017, when he was foreign secretary, Mr Johnson apologised after saying she was in Iran "teaching people journalism" - despite her family's insistence she was there to visit relatives.